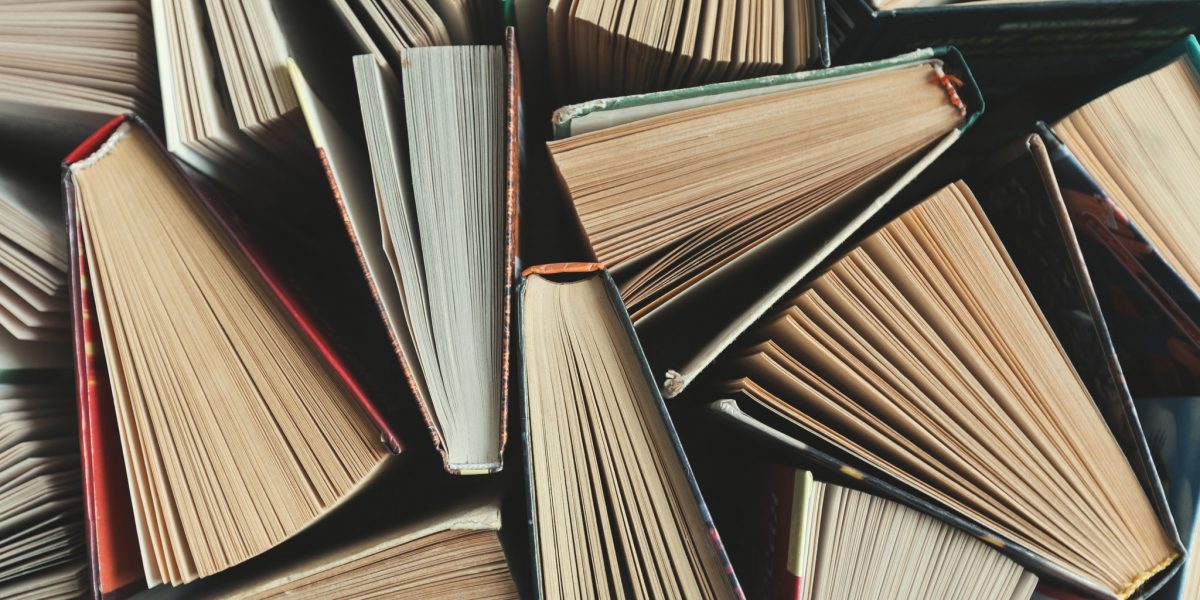 2020 has been a year of intense crisis and inspiring resistance. Here are some of the books we reviewed at Spring Magazine that were sources of valuable knowledge and urgent lessons for today.

From the beginning of the case, the American Communist Party (CPUSA) embraced the cause of defending the “Scottsboro Boys,” as they were known, which was crucial to the party’s political orientation in the 30s and in transforming their organization. Walter T. Howard’s Black Communists Speak on Scottsboro: A Documentary History unearths documents from the period that record leading voices of Black CPUSA members involved in the Scottsboro defense campaign. It is a record of documents, speeches and letters that give voice to some of the incredible Black leaders who fought so hard for the nine victims of the American legal system.

Feminism for the 99%: A Manifesto by Cinzia Arruzza, Tithi Bhattacharya, and Nancy Fraser

As a document that attempts to cinch together a vast amount of history (of feminist and socialist organizing; of class struggle including historical and contemporary strikes; and of the global nature of these efforts), the Manifesto is certainly ambitious. It makes necessary arguments about not just how to frame the issues but how to rally a response as the landscape of global capital buckles under crisis in the twenty-first century.

Holocaust to Resistance: My Journey by Suzanne Weiss

Breathtaking in its sweep of history, Holocaust to Resistance: My Journey follows Weiss from her childhood in Nazi-occupied France during World War Two to some of the most momentous struggles of the last 60 years: the Cuban Revolution in 1959, the rise of Black Power in the United States in the 1960s and 70s, the anti-imperialist movements in Latin America in the 1980s and 90s, the Palestine solidarity movement in the 2000s, and today’s fight for climate justice and Indigenous sovereignty—among many others.

While the global crisis has led to some small concessions, such as minimal income maintenance programs, broad-based economic planning based on public need has been conspicuously left off the table by all major parties. Leigh Phillips and Michael Rozworski book People’s Republic of Wal-Mart is essential reading to help the left put democratic planning back on the agenda.

How We Get Free: Black Feminism and Combahee River Collective edited by Keeanga-Yamahtta Taylor.

“If Black women were free, it would mean that everyone else would have to be free.” —Combahee River Collective Statement. In 1977, the Combahee River Collective published a statement that has left an indelible mark on social movements and academia in the forty years since. As Keeanga-Yamahtta Taylor notes, the Collective was one of the most important organizations to develop out of the anti-racist and women’s liberation movements in the 1960s and 70s. And its lessons are just as urgent today.

Dean takes a closer look at the history and utopian promise of this word, and invites us to think about the type of relationships that we build, sustain, and require while fighting on “the same side of a political struggle.” She makes the case that the figure of the comrade has something important to offer both the renewed socialist movement in the United States and the wider intellectual debates on the left that have taken place internationally in the aftermath of the movements of the squares, Occupy, and the rise of left-reformist governments.

The End of Policing by Alex S. Vitale

Vitale goes after the jugular of modern policing, arguing that police forces are not about protecting the health and safety of citizens but rather managing social disorder and holding together the fabric of a society that survives off exploitation, oppression and state violence. Vitale argues that this is why attempts to reform the police always fall short, whether it be attempts to diversify the police force or introduce body cameras. Every effort neither results in better policing nor fewer instances of abuse. As long as police function is about “managing deeply entrenched inequalities” it will continue to produce “injustices for poor, socially marginal, and non-white.”

The Romance of American Communism by Vivian Gornick

While the book is certainly not a strict history of the Communist Party as a political institution or its relation to the Soviet Union, it makes no claim to the contrary. It is complementary rather than definitive; providing invaluable nuance and personal fullness that would otherwise be irretrievably lost to history. One cannot read this book without being stirred by its ethos of activism as well as being firmly convinced of the significance of the million unnamed and unknown Party members who quietly worked for decades in pursuit of a better world. As a new generation of socialists cuts its teeth, it is vital that we honestly engage with this history as not just a distant phenomenon that happened ‘over there’, but as part of our history within a wider, thriving socialist tradition.

Although written two years ago, the themes in Michael Bennett’s Things That Make White People Uncomfortable could not be more timely, with the growing number of US professional football players (and other athletes) speaking out to support Black Lives Matter. Bennett is a Super Bowl champion and a three-time Pro Bowl defensive end who played in the National Football League for 10 years and is currently a free agent. In his book he explains how both his personal experience growing up Black and his involvement in the NFL led him to be highly visible and vocal in his support for Black Lives Matter.

Direct Action Gets the Goods by the Graphic History Collective

The 1% know that when those who actually create the wealth in society rally together to find solidarity across borders and boundaries, this collective power has the capacity to smash their oppression and exploitation. Direct Action Gets the Goods frames this energy and political tool within the Canadian state through essays and a series of graphic histories in a way that is both optimistic and realistic. Knowing this history and the passion behind it can help raise confidence and leadership within workplaces, campaigns, and movements. Direct Action Gets the Goods is a valuable contribution to the working class history of Canada, and provides a spark to help guide its future.

Revolution in the Air by Max Elbaum

The book, first published in 2002 and reprinted in 2006 and 2018, traces the history of what Elbaum calls the New Communist Movement (NCM). The NCM refers to the waves of people who, between 1968 and 1973, were inspired by and involved in the mass upheavals and protest movements of the time and searched for “an ideological framework and strategy” to bring about the revolution that felt as though it were just on the horizon. These people were mainly young and came out of groups like SDS, the anti-war movement, and were inspired by or participated in the Black rebellions in cities across the US. The experience of the NCM in its successes and failures offers some vital lessons for those looking to build a revolutionary socialist political current.

Such a Fun Age by Kiley Reid

Kiley Reid has written a powerful book about being Black in white spaces in contemporary America. Long-listed for this year’s prestigious Booker Prize, Reid’s Such a Fun Age provides a uniquely powerful view of white supremacy through a story in which all the white characters love (or at least claim to love) Emira, the 25-year old Black woman at the novel’s centre. What makes it a book about structural racism is not just that the love is smothering, condescending, or unearned; rather, Reid traces how the very emergence, deployment, and termination of affection for Emira is, at every moment, structured by the needs of whiteness.

Canada in the World by Tyler A. Shipley

Canada in the World is a contribution to a long tradition of counter-history from the Canadian Left, as well as a growing body of work on Canadian imperialism. It adds theoretical depth to this tradition by situating Canadian foreign policy in the context of the “first foreign policy,” the colonization of Indigenous lands first by European empires and then by Canada itself. Shipley argues that colonialism was (and is) driven by capitalism’s need to expand, gaining access to more land, labour and resources and destroying non-capitalist ways of life, and that this process is in turn justified by the ideological assumptions of white supremacy. The book’s purpose is to show how this drive and this ideology shape Canada’s role in the world.

Marxism and Intersectionality by Ashley Bohrer

Ashley Bohrer has provided this important piece of scholarship with her new book. By providing a history of Marxism and intersectionality and their reciprocal influence, she draws out the debates both between and within them. The current context offers the opportunity to rediscover intersectional politics applied to class struggle, and Marxism rooted in anti-oppression. Marxism and Intersectionality provides a helpful guide for the ongoing dialogue that can build movements of solidarity by bringing these two traditions back into convergence.

The War on Disabled People by Ellen Clifford

The sustained organizing and resistance led by disabled people against Tory austerity is an example that should inspire. The courage, commitment and clarity of politics found in Clifford’s book are a resource that anyone who is serious about building a better world can draw on. Clifford correctly and forcefully reminds us that “it is not inevitable that people with impairments should be excluded and discriminated against, but it is inevitable that policies under a capitalist state will tend to treat less favourably those who are unable to be as productive in the workforce.”

The power of Enemy Alien is that it exists in two places at once. It takes place at an internment camp in 1914, and across Canada in 2020. Widespread racism, xenophobia, and unsafe work conditions are pushed on immigrants only to serve the 1%. And yet, the feelings of solidarity and resistance that Boychuk found are also still alive today. The migrants rights movement is growing with organizing taking place in workplaces and communities. Workers are refusing unsafe working conditions, calling for status for all, and fighting for all workers’ rights.

The Ku Klux Klan in Canada by Allan Bartley

Bartley’s work provides a nuanced look at the role of the KKK in Canada. He contributes to the discourse confronting the racist past of Canada, connecting the reader to histories that challenge the reputation of a diverse and racially harmonious Canada. Canada’s past KKK activities can be connected to the contemporary hatred propagated online by and for Canadian audiences who are interested in the same sort of division, racism, and bigotry symbolized by KKK. The Ku Klux Klan in Canada aptly illustrates how the hateful legacy of the KKK was implanted and flourished in Canada.

The Dead Are Arising: the Life of Malcolm X by Les Payne and Tamara Payne

As anti-racist movements across North America continue to grow in numbers, the experience of Malcolm X and the lessons learned from his entire life, including as a militant organizer are still relevant. The ferocity of his opinion, the unbending will he had in the most trying of times, and his move toward broad anti-capitalism toward the end of his life continue to offer lessons for organizers today. The Dead Are Arising is a strong addition to our understanding of Malcolm, and for anyone interested in further studying the how and why of Malcolm’s importance it is a great resource.

The Cold Millions by Jess Walter

Writing political fiction can be a tricky task. How to imbue a story with the spirit of struggle and not become too didactic or too cliché? In the hands of a master storyteller, like Jess Walter, however, we get a gripping and inspiring romp of a novel. Reimagining the Western, Walter’s The Cold Millions takes us deep into the heart of militant labour struggles in the American Northwest in the early 1900s, where Wobblies and Socialists fought for better conditions for working people against a violent state and greedy industrialists.