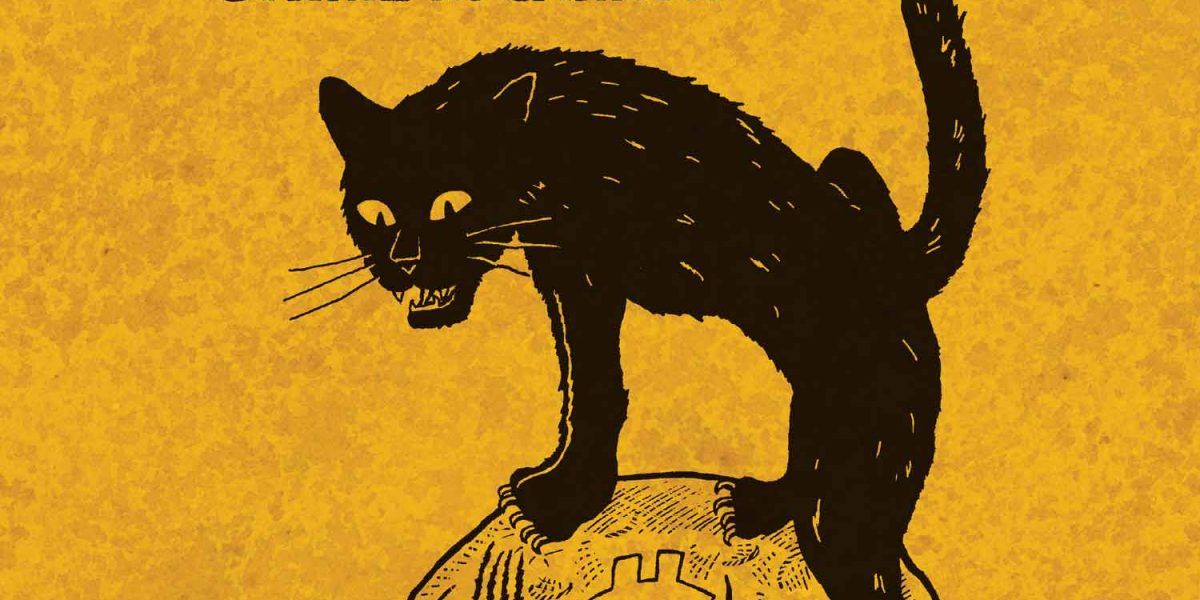 Direct Action Gets the Goods by the Graphic History Collective (Between the Lines, 2020).

The 1% know that when those who actually create the wealth in society rally together to find solidarity across borders and boundaries, this collective power has the capacity to smash their oppression and exploitation. Direct Action Gets the Goods frames this energy and political tool within the Canadian state through essays and a series of graphic histories in a way that is both optimistic and realistic.

A history of strikes

The collection of comics is introduced with two short essays, one by the GHC and one by Charles Smith. Both do a great job of framing the method behind using comics and art as the format for political discourse, and framing the power of the working class in Canada and the past and ongoing use of striking as a political tool of the working class. The rest of the collection is a series of important histories and struggles of strike in Canada. They are all framed through the purview of Sabo the cat, a character created by IWW member Ralph Chaplin. The pieces are done by members of the collective as well as contributing artists such as Gord Hill, Althea Balmes, and more. The collection also includes a selected and illustrated timeline of strikes in Canada as well as a great bibliography and notes section for those who want to learn more about a few of the specific events in greater detail.

The nuance and intersectional struggles detailed in this collection are one of its best strengths. Workers’ struggles, especially those led by unions, have often been painted as separate from the struggles against sexism, racism, and other forms of oppression. They have often been framed as the struggle for more pay and better conditions among a white, working class. Direct Action Gets the Goods does a great job in highlighting the important role that women and racialized workers have played and continue to carry in the struggles of today. All of the pieces are quite aware of themselves and their history. Each work is optimistic and seeks to impress the best lessons of the struggle, while also acknowledging the contradictory consciousness that many workers carried. By doing this, I think the largest takeaway from the book is an honest and inspiring look at the history of the strike in Canada.

A picture of working-class solidarity

And this throughline is seen throughout each contribution. From the fight for better wages and conditions today, to the 9-hour work day, to striking indigenous and asian fishery and cannery workers, the On-to-Ottawa Trek, the 2014 BCGEU strike of Indigenous court workers, and more, a bigger picture of the power of labour and working class solidarity can be felt. There’s a sense of militancy in here that anyone interested in the history of strikes in Canada needs to check out.

The reasons why we protest aren’t simply to improve our specific wages or working conditions, but to raise the standards for all workers and oppressed within and without Canada. The ruling class knows how powerful we truly are, and will do what they can to stop us from building solidarity. When they say we can simply reform the police or weed out the bad apples, we know that the only way to make truly safe communities is to abolish their systems of oppression and replace them with truly equitable structures. When they say that paid sick days and permanent pandemic pay are impossible, we know that workers have the power to make gains. When workers fight amongst ourselves, it only serves to benefit the bosses. Direct Action Gets the Goods highlights the importance of uniting in solidarity to take on the ruling class and fighting for a better world.

“Perch will I on the system’s coffin / On the hearse they take it off in,” is a set of lyrics written by Ralph Chaplin in 1914 (the full song and chord chart is included in the book). By better studying and understanding the history of working class struggles, we take these lessons and apply the best practices to our work today. Knowing this history and the passion behind it can help raise confidence and leadership within workplaces, campaigns, and movements. Direct Action Gets the Goods is a valuable contribution to the working class history of Canada, and provides a spark to help guide its future.