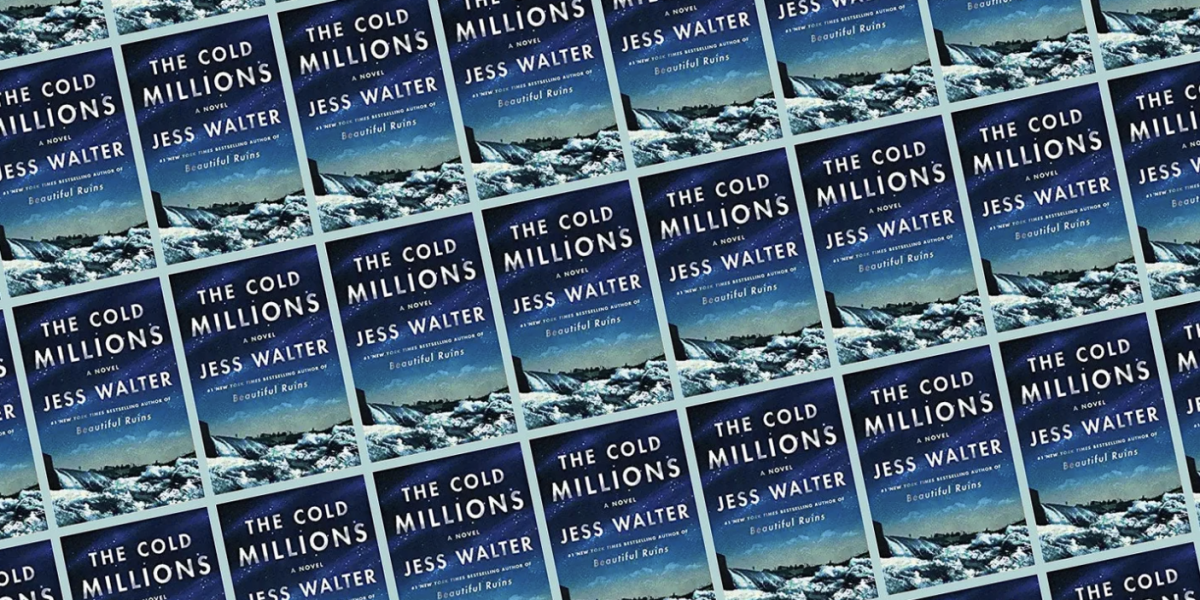 Writing political fiction can be a tricky task. How to imbue a story with the spirit of struggle and not become too didactic or too cliché? In the hands of a master storyteller, like Jess Walter, however, we get a gripping and inspiring romp of a novel. Reimagining the Western, Walter’s The Cold Millions takes us deep into the heart of militant labour struggles in the American Northwest in the early 1900s, where Wobblies and Socialists fought for better conditions for working people against a violent state and greedy industrialists.

Gig and Rye Dolan are drifting labourers, floating from job to job, barely making ends meet or keeping a roof over their heads. They arrive in Spokane only to find any line on work requires going through the crooked job agencies, who are quick to take a portion of their pay for the “service” of finding them work. Gig becomes drawn to the Industrial Workers of the World (the IWW or Wobblies) campaign to outlaw these agencies and against the city’s anti-free speech ordinances aimed at curtailing the Wobblies.

…why not a union of all men and women, especially in a world like this, where a rich handful lived in the clouds while the rest starved and slaved and slept on dirt only to be rousted from sleep by an angry mob intent on drowning you.

A speak-out by union militants results in the mass arrest of the activists, including a reticent Rye who is swept up by the moment and joins the militants. He is quickly released on account of being so young, but the rest of the Wobblies are left to linger in jail, the authorities eager to crush their spirits.

Out of jail, the IWW recruits Rye to join the Rebel Girl, Elizabeth Gurley Flynn, to recruit more militants across the Northwest and raise money for the legal defense for those imprisoned. Not short on confidence, eager for a fight, roaring in rhetoric, and several months pregnant, the nineteen-year-old Gurley Flynn becomes the giant in this story, inspiring workers to join the movement and pushing a reluctant Rye to embrace his brother’s cause. In one of the most riveting moments in the novel, Gurley Flynn and Rye have been double crossed and their life is in danger. Despite a quivering voice and growing fear, Gurley Flynn lets loose with the most impassioned speech imaginable that lets them get away.

The two return to Spokane, only to find that the more conservative union heads in the American Federation of Labor want Gurley Flynn off the soap box and hope to wind down the campaign. She refuses, forcing the heavy hand of the state against the IWW in hopes of destroying the union and permanently silencing their most outspoken and charismatic leader.

The first few decades of the twentieth century were an incredibly exciting period for labour militancy, with radical socialists and anarchists shaping and leading struggles against horrible bosses and violent state repression. There has been plenty of non-fiction accounts of this time, but it was wonderful to read an exciting page-turning novel that keeps the reader on edge, that delves into the internal thoughts of the players in class struggle, and offers an enormously satisfying conclusion. The protagonists and the supporting characters are all richly constructed, complex and complicated, and it’s a joy to tag along with Rye and Gurley Flynn as they take on the bosses and fight for a better world.

So if you are looking for a political book to give to friends and family or read for yourself, but also a book that you can totally pitch as something fun to read, go pick up The Cold Millions and get ready to cheer on the working class in one of its more heroic moments.