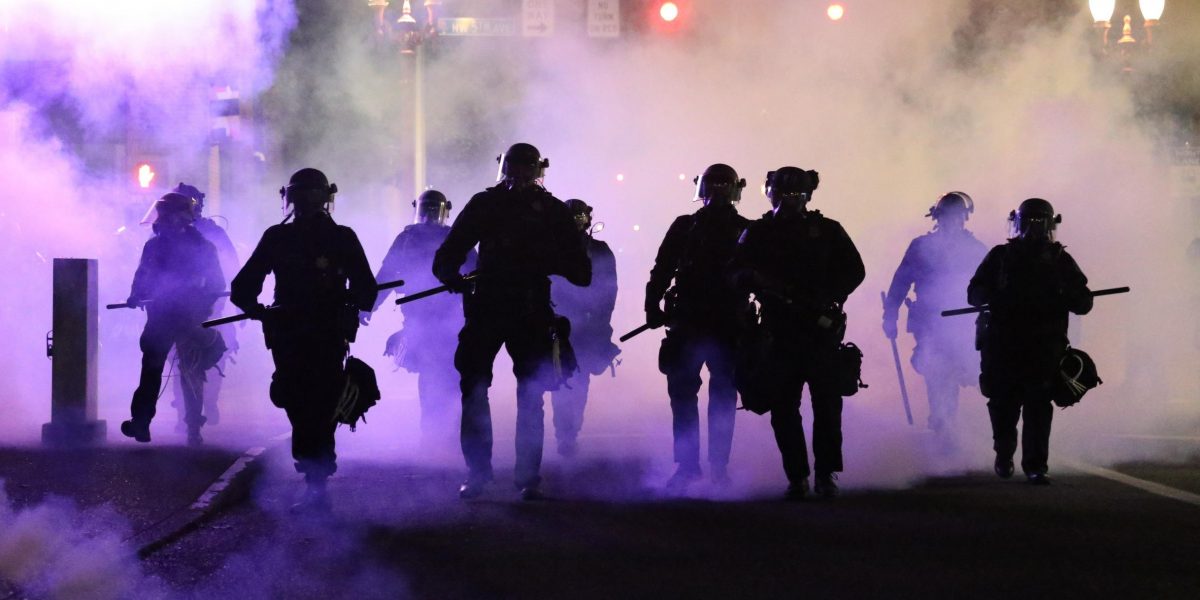 “At root, they fail to appreciate that the basic nature of the law and the police, since its earliest origins, is to be a tool for managing inequality and maintaining the status quo.”

Since the Minneapolis police murdered George Floyd, the United States has seen a wave of mass protests, riots and confrontation with police forces around the country. The size and ferocity of the protests, along with mass public sympathy for a community subject to the endless cases of police brutality, has pushed governments to enact significant reforms in an effort to appease a population that has had enough. The most significant so far has been the City of Los Angeles deciding not to increase the LAPD’s budget this year, amounting to a $150 million cut to the despised police force’s budget.

This move is in the shadow of calls for defunding and dismantling police forces, which have resonated broadly and grown in popularity. Articles in The Globe and Mail,The Guardian, The Atlantic, and theThe New York Times reveal how ubiquitous the call has become. Co-founder of Black Lives Matter Toronto, Sandy Hudson put forward the demand in Macleans and Huffington Post and opinions like hers have been shared by thousands on social media, by people who only a few weeks ago would not have shared this perspective let alone believed it was achievable.

To understand what defunding the police means and what an alternative to policing would look like has prompted many to recommend Alex S. Vitale’s The End of Policing (Verson, 2019), with the publisher offering free e-books of the title since the protests started.

In The End of Policing, Vitale goes after the jugular of modern policing, arguing that police forces are not about protecting the health and safety of citizens but rather managing social disorder and holding together the fabric of a society that survives off exploitation, oppression and state violence. Vitale argues that this is why attempts to reform the police always fall short, whether it be attempts to diversify the police force or introduce body cameras. Every effort neither results in better policing nor fewer instances of abuse. As long as police function is about “managing deeply entrenched inequalities” it will continue to produce “injustices for poor, socially marginal, and non-white.”

Vitale begins by looking at the historical origins of policing in the modern nation state. From their very early days, police forces, whether in England or in colonized areas, served to control social unrest, disrupt political radicalism, and marginalize the poor, the mentally unstable and minority communities. The London Metropolitan Police emerged in 1829 to quell fledgling movements of poor citizens calling for political and economic reforms in midst of industrialization. The British model was soon imported to Northern American cities like Boston and New York as workers in those cities began to organize and strike for better working conditions. The ruling classes used the police forces to enforce suitable behaviours in working class communities, enforcing vice laws that criminalized activities most prevalent among the poor and to spy and sabotage organizations agitating in these communities. Police forces quickly became enthusiastic players in colonial projects, whether it was police forces during US occupation of the Philippines, the genocidal Texas Rangers murdering Native American and Mexican resistors to American expansion, or slave patrols in the US South monitoring the movements of Black slaves and catching those attempting to escape.

The End of Policing then delves deep into several areas where police play active roles in contemporary society and shows that they are not only ineffective, but often make difficult social problems worse. Whether it is the police officers working in school systems, responding to people struggling with mental illness, interacting with the homeless, policing sex work, dealing with drug trafficking and usage, cracking down on gangs, guarding the borders, attempting to track and quell terrorist activity, or infiltrating political organizations focused on changing the status quo, Vitale shows that the actions of the police are ineffective and push an agenda of criminalization that does little to resolve social problems.

While huge sections of government spending has been cut in the era of neoliberal austerity, police budgets have expanded, with police expected to play a larger role in managing issues that were once the realm of specialized social workers, health care professionals or community support networks. Instead of having staff focused on finding shelter, police are intent on ticketing and arresting those experiencing homeless for vagrancy. Instead of having medical professionals or social workers who specialize in mental health, police officers are quick to pull out their guns and shoot (or push them off the balcony) when responding to a person experiencing a mental health crisis. Even more egregious are the huge resources directed to criminalizing drugs and sex work, policing that has resulted in millions of individuals, mostly racialized, burdened with convictions that follow them for the rest of their lives.

Vitale concludes that police are not in fact able to provide safety and security in our society, because their principle goal is to manage social distress and control opposition to inequality and oppression. Police forces around the world use up huge amounts of funding, whether to pay for bloated numbers of officers or to fund high-tech military-type equipment used for crowd control or to instigate the kinds of police riots we are witnessing in the streets today. They are not particularly good at solving crime nor providing solutions to the myriad of social issues police are supposed to resolve.

As the expanded calls for defunding the police grow, The End of Policing is an essential primer to challenge arguments, including the toothless “8 can’t wait” reform plan liberals are pushing for, that suggest that a push to defund is naïve, as the Toronto Chief of Police did this week. A variety of reforms have been tried repeatedly and have not stopped police abuses. We need the tools to point out how police functions have never been to make us safe and secure, but rather to protect inequalities and control social unrest. As long as that is the case, police will continue to act as a bludgeon, unequipped, unable and unwilling to be a useful force in society.

And as we push for defunding, we need to listen to the marginalized communities that have been the repeated target of police violence, listen to what these communities need and what kinds of solutions they are proposing as alternatives to policing. Now is that time to imagine what a world without police can look like and why it is that world that will truly make all of us safer and more secure.

Join We keep each other safe: a community forum to organize an alternative to police, June 20 hosted by Toronto Prisoners’ Rights Project