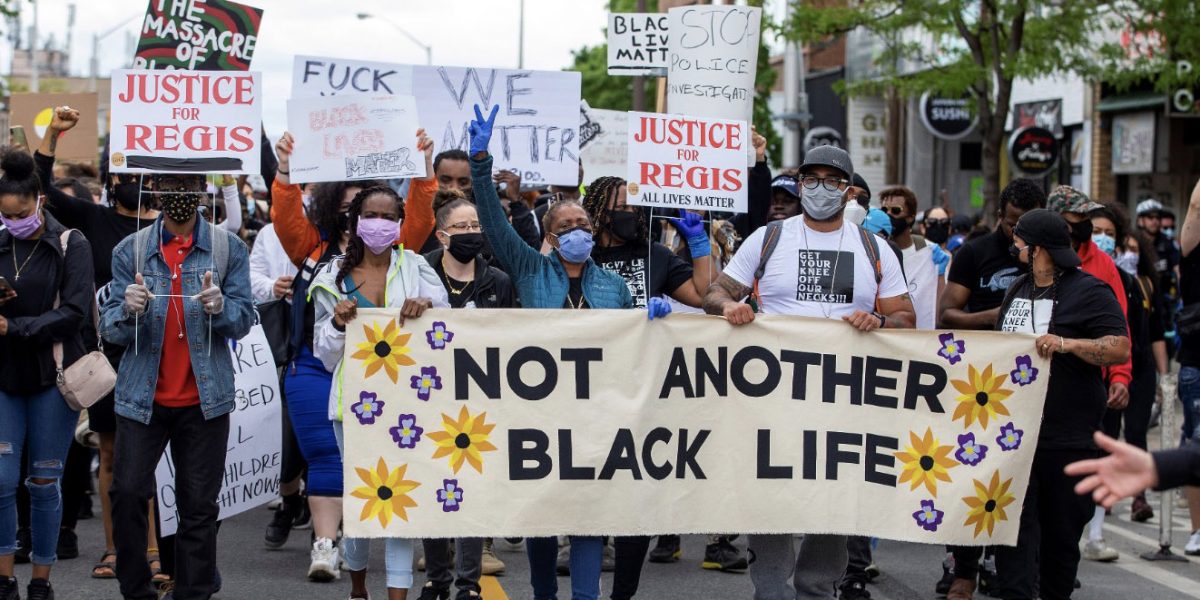 I am a recent immigrant to Canada, and Toronto is the city I chose to make home. As a woman of colour who is an intersectional activist, the racism I deal with every single day is never ending. The systemic racism in this country ensures that highly skilled and educated immigrants are constantly stuck in loops of minimum wage hospitality and retail work because we lack Canadian work experience. Even my status as a citizen of New Zealand cannot supersede the colour of my skin.

As an outspoken activist against racism, during this COVID-19 pandemic I wake up everyday to hate and vitriol from white people on social media and the lateral backlash from BIPOC for ruffling white sensitivities. All this as I watch black and brown bodies continue to pile up. Whether those deaths are due to COVID-19 which has disproportionately taken the lives of black people, or murders at the hands of a police force ostensibly meant to protect us all, I am no longer able to be silent. I do have a voice, and I must scream.

Last week, a 29 year old black woman named Regis Korchinski-Paquet died falling from the balcony of her apartment near High Park. At the time of her death, she was locked in her apartment with a handful of officers of the Toronto Police Service. Her last known words were three cries of “Mom help”, then …silence. Too often, cases like this go unreported and justice is not given to the families and loved ones of the deceased. In all likelihood, this case would have gone down that very same path. Officers at the scene tried to cover up the affair, with one officer being thought to have told CP24 that they should not cover this story as it was a suicide, in an attempt to avoid members of the press from showing up.

In light of recent high profile murders of innocent black people in the U.S., including those of Ahmaud Arbery, Breonna Taylor, Nina Pop, Sean Reed and most recently George Floyd, Regis’ death is a reminder that Canada is no different when it comes to police violence against black, brown and indigenous peoples. Those who do not experience racism in Canada do not know how subtle and insidious it is. They will even go as far to dismiss studies like the six year Black Experience Project that clearly shows that programmes of affirmative action here largely benefit only white women and largely ignore racially marginalized communities who suffer from unstable employment and housing situations, worse health and wellbeing and are more likely to be victims of police violence. Post-racialism is a dangerous lie that is perpetuated in Canada.

These facts must be reflected in coverage of the story, the press must not give into the temptation to cover stories south of the border while ignoring the very same problems here at home. In this regard, some early coverage shows promise but other coverage has proven inadequate given what is known about Regis’ death. Nonetheless, it is imperative that the press not let up. This story must not be washed away with spring rains. Only sustained coverage with in-depth investigative reporting and centering the voices of Regis’ family and community in the story will ensure that Regis receives justice.

While the Special Investigations Unit has been attached to the case to investigate police involvement, an internal watchdog is never enough. Experienced journalists must be working the case in parallel and not shy away from asking the difficult questions when it comes to the continued police brutality against black citizens.

Why has the Toronto Police Service tried to cover this murder as a suicide and tried to keep the press away from it? Not only do these officers need to be stood down, they must be charged and tried for murder. Why is there continued police brutality towards BIPOC communities? During COVID-19, BIPOC community members have been repeatedly targeted and fined by the police while at the same time we watched mostly white crowds pack Trinity Bellwoods park. Will the Toronto Police Service acknowledge the systemic racism that exists in their ranks and how will they ensure this is stemmed? What steps will be taken by the City of Toronto to ensure that innocent black lives are no longer taken by the police in this city?

Ensuring these questions get answered will be the only way to ensure that Regis, her family and her community do not end up forgotten. Justice, like democracy, dies in darkness.