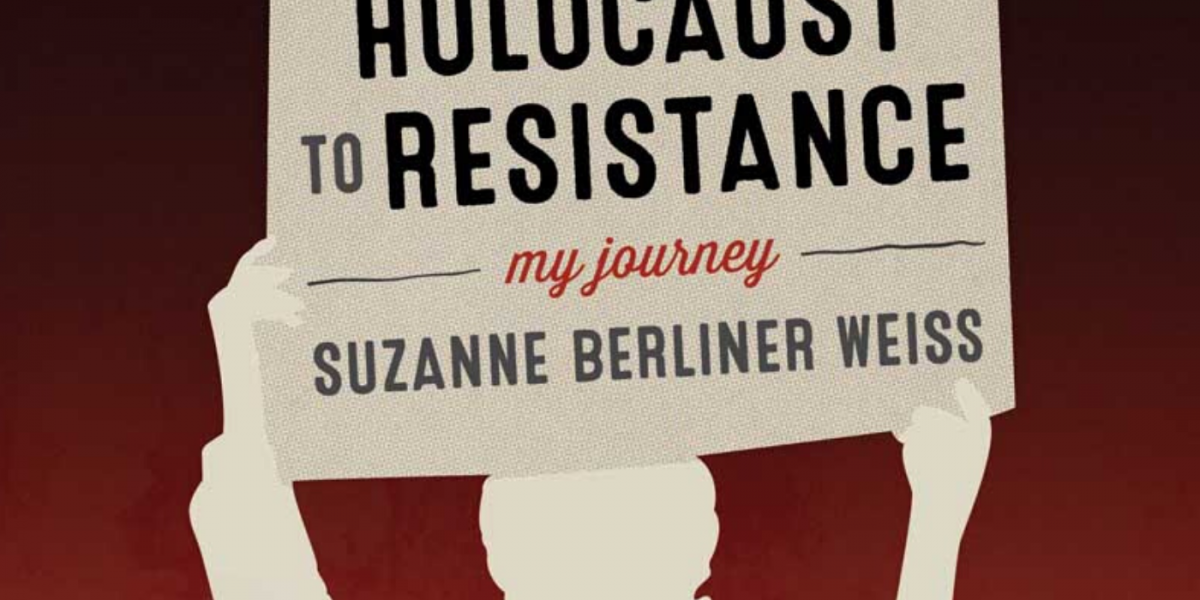 Holocaust to Resistance: My Journey by Suzanne Weiss (Roseway, 2019)

Suzanne Weiss begins her recent memoir with these words by W. B. Yeats: “There are no strangers here, only friends you have not yet met.” More than just an epigram, they describe a practice of solidarity that saved Weiss from the Holocaust and later shaped her more than six decades of activity as a life-long socialist. It is this critical link, between the courageous acts that spared thousands of Jewish children during World War Two and a life committed to the struggle for human liberation, that forms the central message of Weiss’s text: solidarity inspires solidarity.

Breathtaking in its sweep of history, Holocaust to Resistance: My Journey follows Weiss from her childhood in Nazi-occupied France during World War Two to some of the most momentous struggles of the last 60 years: the Cuban Revolution in 1959, the rise of Black Power in the United States in the 1960s and 70s, the anti-imperialist movements in Latin America in the 1980s and 90s, the Palestine solidarity movement in the 2000s, and today’s fight for climate justice and Indigenous sovereignty—among many others.

As she recalls each of these events, Weiss is not only an eyewitness to history, but also an active participant in it. And despite her immeasurable contribution to countless fights for justice, which punctuate her entire life, Weiss amplifies and celebrates the role that ordinary people have played in their own struggles for liberation. In particular, Weiss draws attention to the critical, but often invisible work performed by women, especially in activist and socialist organizations. By elevating these underrepresented perspectives, Weiss’s memoir makes a significant—and feminist—contribution to the documented history of the left in the US and Canada.

Weiss also makes a significant contribution to the genre of Holocaust literature. First, writing as a survivor, she brings to life the history of hidden Jewish children in France during and after the war, unearthing the underground networks that safely delivered them to partisan families in the countryside, and later attempted to re-unite them with their parents. Weiss’s vivid recollections of orphanage life in post-war France are among the most moving and endearing parts of her text.

Again, Weiss emphasizes the lessons of solidarity: in this case, the bonds between Jews and non-Jews became the basis of their mutual resistance to Nazi occupation, and even had a powerful disciplining effect on anti-Semites who, in response to community pressure, refrained from revealing the presence of Jewish children in Christian households.

Second, Weiss expands the history of hidden Jewish children by considering its legacy today and connecting it to contemporary issues, especially the plight of migrants in Europe. A particularly heart-warming thread recalls Weiss’s return to France, decades later, to re-connect with the descendants of the people who saved her life and to share her remarkable experience with them.

At this point in her memoir, Weiss’s journey comes full circle, both as chronology and as narrative, and demonstrates the urgency in today’s context of the solidarity that saved thousands of Jewish children during one of France’s darkest moments.

Third, Weiss aligns herself unequivocally with the struggle for a free Palestine: she praises the leadership of the young Palestinian activists in Toronto who helped launch in 2005 the global movement of Boycott, Divestment, and Sanctions (BDS) against Israeli Apartheid, and explains why, as a Holocaust survivor, she is moved to support all struggles against oppression and, especially in Palestine, for national liberation.

On this topic, Weiss’s narrative is especially sensitive to the unique and unprecedented suffering of the Jewish people during the Holocaust, and to the desire of its survivors to seek refuge outside of Europe after the war. Her explanation accounts for the sympathy that some readers might feel for Israel, but instead endorses a genuine solidarity among all peoples, including Israeli Jews and the Palestinians, as the path to mutual freedom.

At the same time as she grapples with the most urgent questions facing the world today, and for much of the last century, Weiss shares a deeply personal narrative that is full of tenderness, affection, and love—not only for the people closest to her, including her husband, John Riddell, to whom she pays a special tribute in her text, but also for all of humanity. The sense of intimacy that emerges will make readers feel as if Weiss is speaking directly to them, like a life-long friend.

Just as Weiss reminds us at the beginning of her text, there really are no strangers, only future friends—and that’s exactly how she treats her readers. In this beautiful and hopeful memoir, Weiss has reproduced the same solidarity that saved her life and thousands of others.

We should let it inspire us and, like Weiss, be moved to build a better world.

This review will appear in the May/June 2020 issue of the Monitor, published by the Canadian Centre for Policy Alternatives.

Weiss’s book is available for purchase from Fernwood Publishing. Order your copy here.