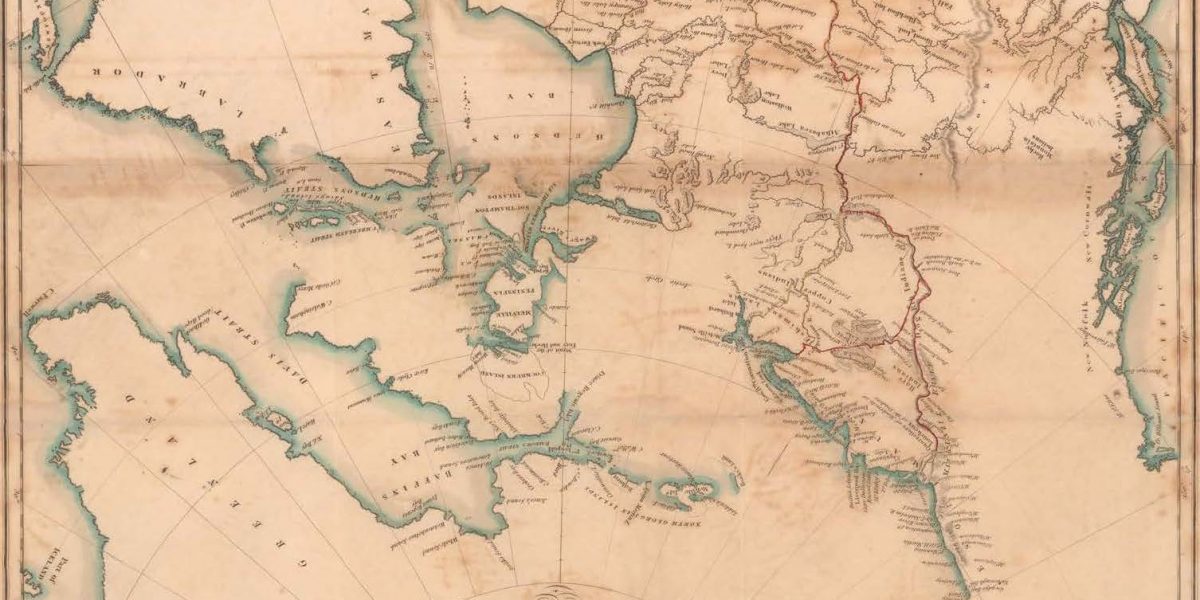 Canada in the World: Settler Capitalism and the Colonial Imagination by Tyler A. Shipley (Fernwood, 2020).

In 2009, Stephen Harper received widespread criticism for declaring that Canada “has no history of colonialism.” In 2016, his successor Justin Trudeau repeated this claim, stating that Canada had “a capacity to engage in the world in difficult places without some of the baggage that so many other Western countries have, either colonial pasts or perceptions of American imperialism.” Both prime ministers were trying to argue that since Canada never colonized territories in Africa, Asia or Latin America, it can engage in those regions where distrust stemming from European colonization and US imperialism runs high.

Of course, not only does Canada have a history of colonialism, Canadian history is most importantly a history of colonialism–not overseas, but in the very lands it occupies and claims sovereignty over. What would Canadian ‘engagement in the world’ look like if we reversed the prime ministers’ argument and examined it in the light of colonialism ‘at home’? Tyler Shipley’s new book Canada in the World: Settler Capitalism and the Colonial Imagination is a valuable answer to this question.

Canada in the World is a contribution to a long tradition of counter-history from the Canadian Left, as well as a growing body of work on Canadian imperialism. It adds theoretical depth to this tradition by situating Canadian foreign policy in the context of the “first foreign policy,” the colonization of Indigenous lands first by European empires and then by Canada itself. Shipley argues that colonialism was (and is) driven by capitalism’s need to expand, gaining access to more land, labour and resources and destroying non-capitalist ways of life, and that this process is in turn justified by the ideological assumptions of white supremacy. The book’s purpose is to show how this drive and this ideology shape Canada’s role in the world.

The book’s first section examines colonization in Canada, focusing on the period around Confederation but tracing continuities in the forms of colonial violence that continue to the present. Subsequent sections examine Canadian foreign policy from Confederation onward with an eye to the capitalist interests and racist assumptions underlying it. The book is written in an accessible style, and Shipley’s angry, ironic and emphatic prose makes it an engaging read.

Canada in the World is a long book containing a wealth of empirical detail, too much to summarize in this review. Much of the account of Canadian foreign policy in the early 20th century was familiar, but there were some surprises. Readers who have followed the bloody of trail of Canadian capital in Latin America in recent years will be interested to learn that this exploitation of the region began in the early 20th century, when Brazilian workers condemned the monopolization of the country’s electricity and transportation markets by ‘el polvo canadense,’ the Canadian Octopus–the company later known as Brascan. They may also be surprised to learn that in the late 1940s, Canadian state and corporate support was crucial in saving the Somoza dictatorship in Nicaragua, which Washington was prepared to abandon as a brief democratic opening swept Latin America. One of the most harrowing details from the first half of the 20th century was the account of Canadian participation in the US atomic bomb program, including the “contribution” of uranium mined by Dené workers at the cost of their own lives. On the day of the atomic bombing of Hiroshima, Canadan Munitions Minister C. D. Howe bragged about Canada’s “intimate role,” which Shipley summarizes acidly as “killing Indigenous people, in order to build a weapon to kill Japanese people, in order to win a war that had already been won, in order to preserve the capitalist character of Japan.”

The book’s discussion of the era of the Cold War and decolonization also contains some important revelations. The Korean War is largely forgotten by the Canadian public, but it was one of Canada’s most important post-World War II military engagements, with thousands of Canadian troops (including one of my great-uncles, a career soldier) helping the US and South Korean elites defeat an attempt to spread social revolution across the entire Korean peninsula. While doing so, Canadians regularly subjected Korean civilians to racist abuse, physical and sexual violence. Reporting on these crimes was suppressed, and almost no one was ever punished for it.

In the same period, Canadian public opinion was skeptical about decolonization in Africa and Asia, with polls showing most Canadians opposed to Indian independence in the late 1940s (frankly, who asked us?). The Canadian government went so far as to criticize Britain–the Mother Country–for granting independence to its colonies ‘prematurely,’ undermining the “political quarantine” that the most hardline colonial powers (France, Belgium, Portugal) sought to keep their African subjects confined to. Little wonder Congolese leader Patrice Lumumba asked rhetorically how “a hat painted blue” would be enough “to eliminate the complexes of conservative officers from Sweden or Canada or Great Britain?” Canadian ‘peacekeepers’ in the Congo later helped US and Belgian agents assassinate him.

The book’s most important section is the last, which covers the period from the end of the Cold War to the present. Shipley presents the 21st century so far as one of cascading imperialist violence in the form of invasions, proxy wars and coups, destroying entire countries (Afghanistan, Iraq, Haiti, Libya, Syria, Yemen) with Canada in the thick of it. Revisiting these events moved me close to rage. Most important is the discussion of Canada’s war in Afghanistan, which despite being the country’s longest military engagement since World War II has been largely consigned to the memory hole by Canadians, not excluding the Left. Canadians killed uncounted numbers of Afghan civilians, abused and tortured, and earned the resentment and hatred of the vast majority of the Afghan population–a fact obscured by Canadian media’s colonial, agency-erasing portrayal of all Afghans as either villainous Taliban, grateful recipients of Canadian ‘help,’ or somewhat hapless allies.

This section concludes with a sweeping examination of the Trudeau government’s foreign policy, Canadian mining in Latin America and Africa, and moving to the domestic scene, the rise of racism and militaristic nationalism in Canadian society as a reflection of its colonial roots and growing imperialist role. The book’s conclusion argues that the imperialism and racism it chronicles are inherent to ‘Canada’ as such and can only be ended by a socialist revolution, posing the traditional alternative of ‘socialism or barbarism’ in emphatic terms.

Canada in the World is built overwhelmingly on secondary literature (except for a section drawing on Shipley’s doctoral research and his excellent previous book, Ottawa and Empire, on Honduras), which has both positive and negative consequences. On the positive side, the reader may come away from it, like I did, with a new list of critical work on Canadian foreign policy to dig into. On the other hand, this means that especially when dealing with subjects that are debated on the Left, the central narrative can end up being sidetracked somewhat by digressions into debates over, for instance, the Soviet project or the collapse of Yugoslavia.

This minor fault aside, Canada in the World should find its place in the library of everyone concerned with understanding Canada’s colonial and imperial past and present and with everyone fighting for an emancipatory alternative; I hope that it will serve to raise consciousness on the Canadian Left of our obligation to resist Canada’s ‘foreign engagements’ and form meaningful, material ties of solidarity with those on their receiving end.