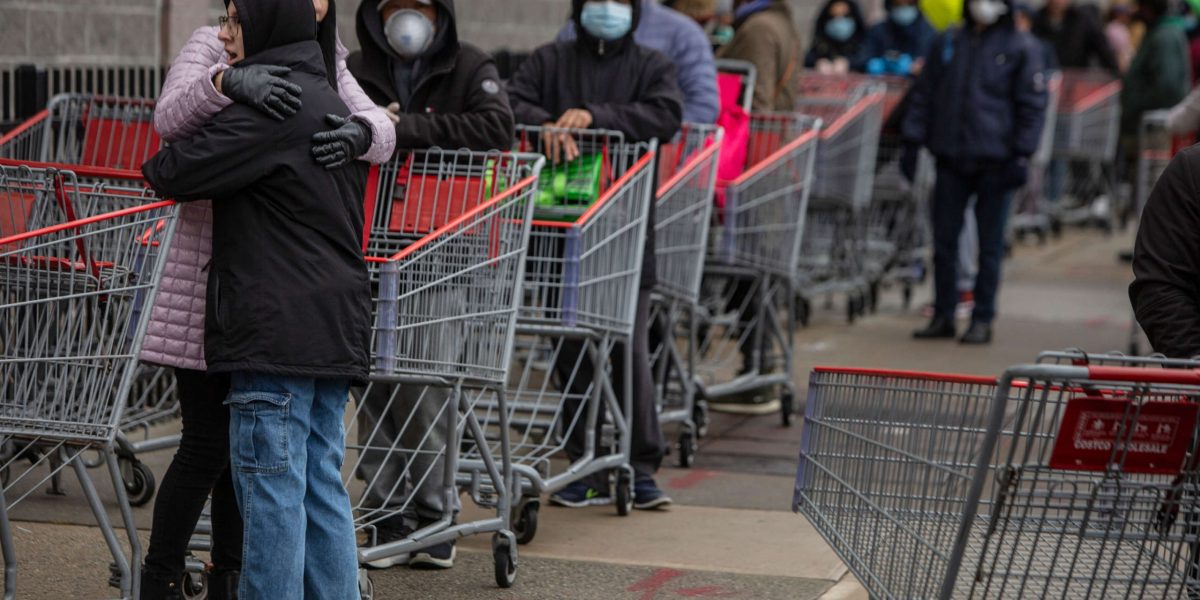 Like most, I’ve been caught up in the cogs of capitalism. And judging from many stories of others around the world, I know capitalism sucks the life out of our hopes and dreams. It runs best by keeping a certain percentage of workers unemployed. People become competitors instead of neighbors; and under-employed workers in precarious jobs fight each other for peanuts. The usual stories about people who work extremely hard but only the company owners get rich. The free market system called capitalism was never designed to benefit workers; no matter how skilled, or how necessary our labour and productivity.

Workers remain undervalued and abused while industry owners are considered heroes that workers should be beholden to. Things turn out incredibly well for the wealthy owners of our industrial conglomerates. The most industrialized nations are considered winners driving economies to success, but this translates to wealth exclusively for huge owners, bankers, and the 1% elite. As if this isn’t enough, they also find tax loopholes in order to not pay taxes or follow their own taxation laws.

From the beginning capitalism has gone hand in hand with racism and colonialism. Capitalism allows profits to run rampant over the real needs of workers and their families. Over the needs of a clean environment. Over the need for climate justice, and over the need for war-free countries. Genocide kills millions while making billion$. Then there’s our prison system and all that free labour.

Capitalism promotes inequality among workers doing the same jobs but being paid differently, de-valuing women and people of color. I don’t have to research these demeaning effects of capitalism since I’m living through them, and I’m not alone. A gigantic global community daily feels the sting of economic inequality.

During this COVID-19 crisis, the devaluation and neglect of workers’ human rights is now even more painfully clear. Telling workers to stay home with inadequate financial support that’s hard to access is not helpful but destructive. Even before the crisis, the Ontario government actually put a freeze on raising the minimum wage by $1/hr, instead of putting a freeze on rent increases up to a $1,000.

Since government leaders aren’t willing to re-think, or even reform a capitalist system that clearly doesn’t care, then we workers must unite and strategize without them to replace this unfair system. We should strategize together to let bosses know we won’t remain powerless pawns; and will no longer accept capitalist crap that deeply divides workers. I learned through working together people have power. Remember our minimum wage was only $11 and change until our powerful people movement succeeded in pushing the government to the $14 we have now? Re-thinking is good. Actively strategizing to plan a new socialist system is revolutionary. Revolutionary is good.

Our health care system looked okay on paper, but was it fair before COVID-19? Workers’ paid sick days were already desperately needed. That’s why the former Ontario government finally agreed and installed two paid sick days. But the current government banished them so quickly! Paid sick days are exactly what would alleviate the suffering of workers agonizing now between working or doing quarantine to save lives. Plus we should not have bosses choosing to ignore workers’ health and safety protections at the risk of everyone in this current pandemic.

We should also re-think the transit system and realize it should be a free public service for workers to travel without being criminalized for not being able to afford these constantly increasing fares.

Let’s strategize together against capitalist policies that lead to homelessness. Let’s replace this system where landlords raise the rent while people sink into poverty. Why would we believe our government cares about the health of all workers when they never have before? They’re also not about making laws to protect the health of any migrant workers. Plus, they use our Workers’ Compensation system to push injured workers into poverty instead of assisting them. Where is the compassion?

How long do we have to watch big business get praised and rewarded for abusing workers by denying decent wages and safe working conditions? Within this capitalist system, essential workers become invisible and our rights are not enforced. We’re being de-valued, de-humanized, dismissed. We’re being called radical troublemakers simply by asking for fairness.

I became a Workers Action Centre member and a Spring Socialist because it’s time to find my voice and lift it up along with all workers here. I want to help end the view of this being a land of milk and honey where immigrants or people of color should just be quiet and be grateful they get paid at all. If they treat certain workers that way, they’ll find an excuse to treat most workers that way. I am tired of being told to go back to where I came from when me and my progeny are second, third and fourth generation Canadians. We’re witness to how long they’ve pretended to fix capitalism so it would appear to be more fair; and when they stopped pretending as Ford slashed funding to our most crucial legal aid supports.

Capitalism’s unfair policies always allowed workers to perish, this is nothing new. But now, the COVID-19 crisis where workers perish so quickly everywhere around the globe is shining the spotlight on every issue socialists had already been fighting for. This is the right time for every fair-minded person to understand that if we’re not all protected under our laws and policies, then none of us are protected. Not even our wealthy leaders who squirrelled away large fortunes in off-shore accounts. There is no getting away from this huge health crisis. Throw some money at it for sure! But only human decency and providing workers with equal compassion will help during and after this pandemic.

I joined this socialist network because I have a problem with how leaders are elected to represent us, and then turn around and attack us with policies that hurt the most vulnerable people. They’re ‘trying’ to fix it right now, but can’t wait to pull it back when it’s over. Let’s push for permanent change. We can truly push against capitalist lies if we do it together at this crucial time in history: to collectively revoke capitalism, and replace it by a socialist system of real democracy that puts people above profits.