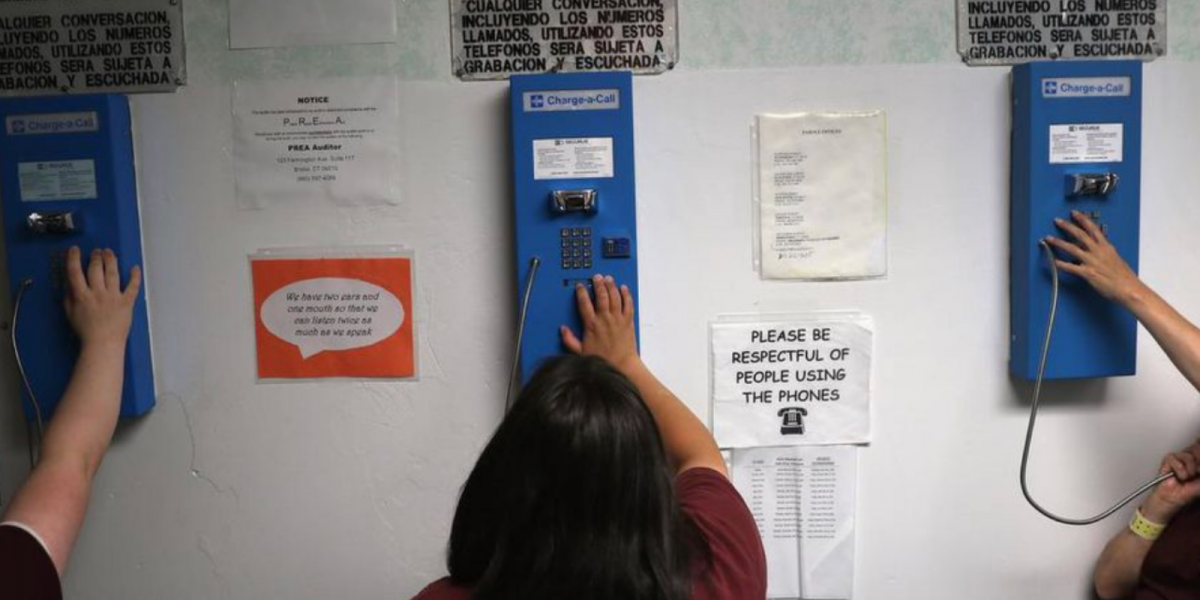 Two and a half years ago, Cas Geddes, a young man living with schizophrenia, died by suicide at the Ottawa-Carleton Detention Centre.  Like many others flagged for suicide risk in Ontario jails, Cas was prevented from calling his loved ones for support in his time of need. This is because his family didn’t have access to landline phones and the current contract between Bell Canada and the Ontario Ministry of the Solicitor General bans calls to cell phones, among many other restrictions.

Many people are aware of the popular Bell Let’s Talk Campaign, which raises money toward supporting mental health. What far fewer people know is that Bell Canada and the Ministry charge the families and loved ones of prisoners, a population at a severely heightened risk of suicide, high collect call fees for phone connection and prevent calls to cell phones from being made. In doing so, Bell Canada contributes to heightening the risks of mental health incidents caused by isolation and disconnection.

A topic which has seen some debate is the percentage kickback that Bell Canada gives to the Ministry. Unlike most phone service contracts, this one is structured so that the Ministry pays nothing for the services.  Instead, Bell Canada pays the Ministry for exclusive access to a population of people who have no alternative option but to use their services.

Collect calls in Ontario jails can be made at a rate of $0.40/minute, in addition to an initial connect fee. These calls cut off after 20 minutes and can only be made to landlines, despite knowledge that only 2/3 of Ontarians have landlines. In addition, the jail phones prevent access to switch boards lines (anything where you have to dial in a number to get through) preventing prisoners from calling most mental health facilities and 1-800 crisis lines.

Unlike Ontario, the majority of Canadian provinces allow prisoners to receive voicemail, call cell phones, call internet phones, and also provide families with access to discounted collect calling packages through a U.S. corporation, Synergy. However, even Synergy users have expressed outrage at the exorbitant costs that are downloaded onto the families and loved ones of prisoners. The hypocrisy in Ontario is that Bell, a corporation that publicly proclaims a commitment to mental health, doesn’t even offer this level of service.

In 2017, Thomas Reuter published a report citing the leading cause of death for prisoners in Canadian jails as suicide. Communication with family and friends are crucial for a population which presents with greater complex health needs while simultaneously having those needs vastly underserviced.  Phone services for prisoners aren’t a privilege – they’re a necessity deeply connected to a person’s ability to maintain mental health and connections in the community.

It’s no secret that Canadian jails and prisons are locking up Black, Indigenous, racialized, and poor people at rates far higher than anyone else. Indigenous adults make up roughly 30% of the prison population in Canada (provincially and federally) while representing only 4% of the general population. Similarly, the proportion of Black adults in federal prisons is three-times greater than their representation in the Canadian population. These people and their families are the ones most affected by the phone contract and the resulting lack of contact and high rates, where phone bills can skyrocket to hundreds or even thousands of dollars per month. These are the people whose mental health, safety, and pocketbooks are disproportionately exploited by Bell and the Ministry—all in the name of profit.

The contract between Bell Canada and the Ministry expires this year. Advocates, ourselves included, have called for a jail phone system that doesn’t exploit the families and loved ones of prisoners. The Ministry needs to negotiate a contract that supports human connection and mental health. The Jail Accountability and Information Line in Ottawa has produced multiple reports on the harms caused by this phone system and made several recommendations that we support. Following thousands of interactions with a Twitter account launched in October (@letstalkjails) dedicated to advocating for a better contract, the Ministry recently announced their intention to allow calls to cell phones, but this alone will not end the exploitation of prisoners—not while there is still a cost to prisoners and a profit incentive for Bell and the Ministry.

Rather than financially profiting from a system that prevents access to mental health support, the Ministry must allow free calling for Ontario prisoners to promote safe re-entry and save lives. It’s time for the Ministry to fulfill its obligations and for Bell Canada to live up to its commitment to mental health. Allowing calls to cell phones is only a small step forward. On Bell Let’s Talk Day, January 29, 2020, demonstrations will be held in Toronto and Ottawa to hold Bell and the Ministry accountable. The demands of these actions are for 1) free calls 2) calls to cell phones and 3) elimination of the 20-minute time limit.