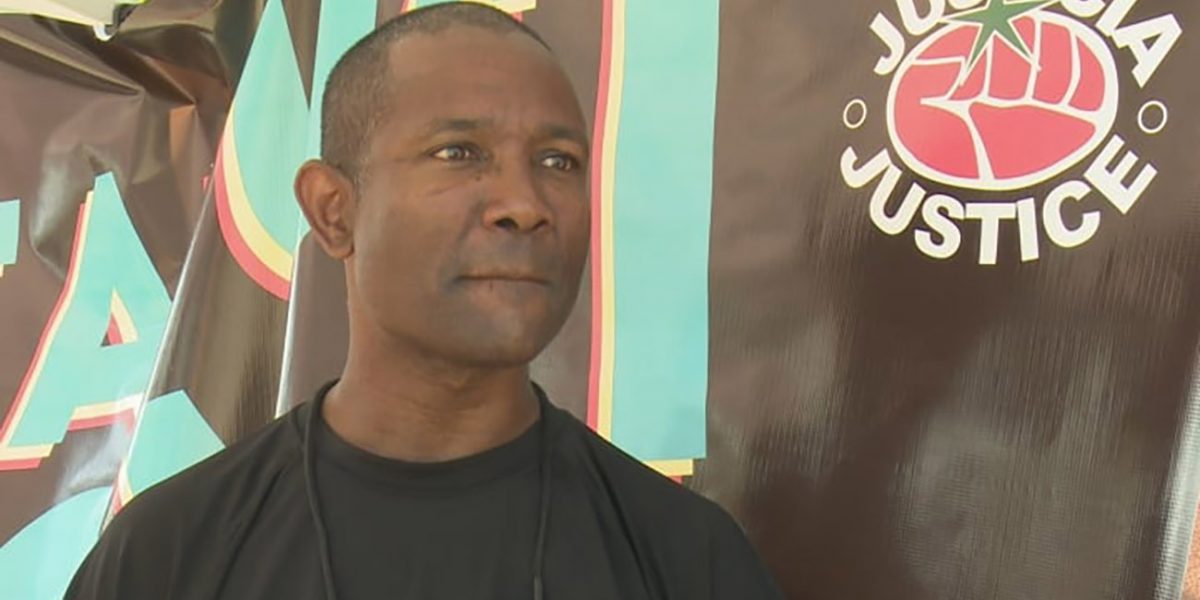 “This culture of disposability and treating the Earth as just a resource is the same way that capitalism treats migrant workers as disposable and not worthy of being protected from cancerous chemicals. The climate justice needs to understand that if we aren’t in solidarity with refugees, migrants, and people displaced by climate change, war, and violence, we are doing ourselves a disservice, because we will need to deal with these issues soon, whether we like it or not.”

According to the Internal Displacement Monitoring Centre’s report, “Global Estimates 2015: People displaced by disasters,” over 26 million people per year since 2008 have had to leave their homes because of “disasters brought on by natural hazards.” Some of the most common disasters are floods, droughts and high winds that damage the soil, small farmers’ holdings, ruin crops and drive up the cost of staples. Migrant workers, displaced from their homelands, are then exploited in low-paid, precarious jobs—like farm workers, who are denied basic right including the minimum wage. In addition there are escalating far-right attacks on migrants of colour, especially Muslims, in the streets and places of worship. As the Migrant Rights Network explained:

“Before the media reported a 47 per cent increase in hate crimes, and a 30 per cent increase in far-right organizations in Canada, our members – migrant, undocumented, and precarious workers, most of whom are racialized – were already experiencing increased attacks. And before polling showed that 69 per cent of Conservative supporters thought there were too many racialized immigrants, increased racism on the ground was palpable”.

The Canadian state, especially under Justin Trudeau, advertises itself at home and abroad as a haven for immigrants; a diverse mosaic in contrast to the brutal United States. But the fact is, immigrants of all kinds face a system of exploitation and abuse. Provincial and federal governments have constructed labour migration laws and policies that ensure an easily exploitable workforce for Canadian employers.

The most egregious examples include recruiters and immigration consultants that charge illegal and predatory fees to workers, promising jobs and permanent residence. But all immigrants, especially working-class individuals and families, have to come to Canada with precarious temporary status. Many work for years, paying fees and taxes to the government without ever receiving permanent residency, lacking access to essential services and rights afforded to citizens, only to be forced to leave the country.

The vulnerability is heightened by work permit restrictions, such as being only able to work for one specific employer. Unlike citizens and permanent residents, most temporary foreign workers can’t leave jobs at will. To change employers, they must go through the difficult task of getting a new work permit. Canadian law creates the conditions in which migrant workers are exploited through abusive work practices and the constant threat of deportation. According to the report Access to Justice for Migrant Workers in BC,

“The supply of an ever-renewable workforce that has little ability to bargain for better standards tampers down wages and work conditions by essentially creating a disincentive for employers to invest in their workers and improve compensation and conditions.”

This constant threat of deportation and insecurity makes it harder for migrant workers to report unfair labour practices, advocate for their working conditions and resist wage theft and other forms of exploitation. There is a basic demand to confront this injustice: the right of permanent resident status for all.

Capitalism is destroying the planet and people because it needs to treat both as commodities to be traded and resources to be exploited for maximum profit. In Canada, racism was built into the very foundation of the state, beginning with the genocide of Indigenous peoples and slavery of Africans, continuing with the exploitation of Chinese workers to build the “national” railway, and ongoing, intermittent quotas on immigration to suit the ever changing needs of employers’ labour force requirements.

Capitalism has needed racism as an ideology to justify its expansion starting hundreds of years ago. With the predominance of “Enlightenment” promotion of the concepts of  “freedom” and “equality,” the ruling class needed a way to justify the de-humanization and ill treatment of those it conquered. So it came to be that racism was used to justify slavery, the nineteenth century conquest of Asia and Africa, the continued financial colonization that exists in these former colonies today, and employer-friendly immigration policies that either encourage or restrict immigration depending on the needs of the ruling class.

Capitalists compete with one another to maximize their profits. This is done on the backs of workers by keeping costs down through degrading workplace rights (like opposing the $15 minimum wage and increasing dangerous and unfair work practices) and having us feel like we have to compete against each other for employment. If one capitalist begins cutting, they all do, in order to maintain or increase profits. If one doesn’t “keep up” with the cuts, they will go out of business for not meeting expected revenue levels.

Racist and nationalistic attitudes by workers divides the working class and robs it of its potential power. It is common to hear arguments against open borders or severe restrictions on migrant workers arising from economic fears. The right wing stirs up these fears, which has an audience because we live under an economic system with built-in crises that pits workers against each other in competition for jobs and housing. Far right groups and politicians play into these fears by blaming immigrants for “stealing our jobs,” ignoring the fact that layoffs and cut-backs are coming from rich white men in suits. The working class will never improve our lives by uniting with bosses and racists against other workers. Capitalism is international, the working class is international too, and it is only by uniting across borders and boundaries that workers can feel our power. Status for all means uniting the against the bosses plans to divide and exploit us.

When we fight for the rights of migrants, we challenge the very idea of the capitalist nation state. The modern capitalist state is designed to serve its businesses and corporations. That means enforcing borders and creating laws to defend property rights, resources and territory. By advocating for the free movement and the right to stay for workers, we prioritize the rights of people and move towards breaking down boundaries between Canadian-born workers and migrant workers. Improving the ability and strength of migrant workers to fight for better working conditions improves the ability of all workers to fight for better working conditions and increased power, raising the standards for all. As noted by Maya Mendezes, an organizer with No One Is Illegal and podcast host of Change Everything (quoted in the same article as Niria Alicia above),

“Getting involved in climate justice work involves everything, it’s not as simple as recycling, or buying local. It’s everything from deciding not to be a border enforcer in your community, to being in solidarity with complex indigenous movements all over the world.”

What can we do?

* unite as workers against the corporations and governments that support them:unite as workers and students, to oppose the devastation to the planet, racism and the exploitation of all workers, especially migrants and workers of colour. We need to aim our opposition squarely against the business class and the governments who represent them, not fellow workers who are trying to have a decent standard of living for their families. We are all stronger when we stand together and for each other to fight cuts to public services we all need and deserve.

* Educate ourselves and others: The Migrant Rights Network offers educational tools and the training of local leaders so they can deliver workshops at work or in their communities.  Go to www.MigrantRights.ca for more information about how you can benefit from and share this wisdom.

* Support migrants: share the analysis and support the demands of migrant workers themselves. The Migrant Workers Alliance for Change demands full immigration rights, decent work and fair wages, access to public services for all, a just society, and no displacement whether because of climate disasters, wars or dirty industrial practices. Migrant workers in Canada have succeeded in getting a better deal for care workers, winning sector-specific work permits that allow greater ability to leave jobs and the ability to bring their families on arrival. In New York state, the Domestic Workers’ Bill of Rights won 3 days of paid leave.

* Climate justice demands: these demands need to be built into any “Green New Deal” discussions and policies of political parties. Indigenous peoples around the world and migrants are least responsible for the production of greenhouse gases, yet are paying the highest price as they are on the front lines of forest fires, droughts, hurricanes and the extraction of resources on their territories.

* Union organizing: organize workers, both union and non-union, to oppose hate and to lend solidarity to both indigenous rights movements and the demands for justice by migrants. Unions need to organize migrant workers into unions and advocate for their rights, like permanent status upon arrival. Labour Councils across the country have been signing on to a pledge to #UniteAgainstRacism and roughly a dozen so far are making it the theme for labour day.

* Fight for $15 and Fairness: support the demands of campaigns like the Fight for $15 and Fairness. Its climate petition includes demands for permanent residency status upon arrival for all new migrants, permanent residency status for migrant and undocumented workers already here, an end to Employment Standards Act exemptions for employers of migrant workers, and ensuring care workers and agricultural workers (many of whom are newcomers) have the right to unionize.