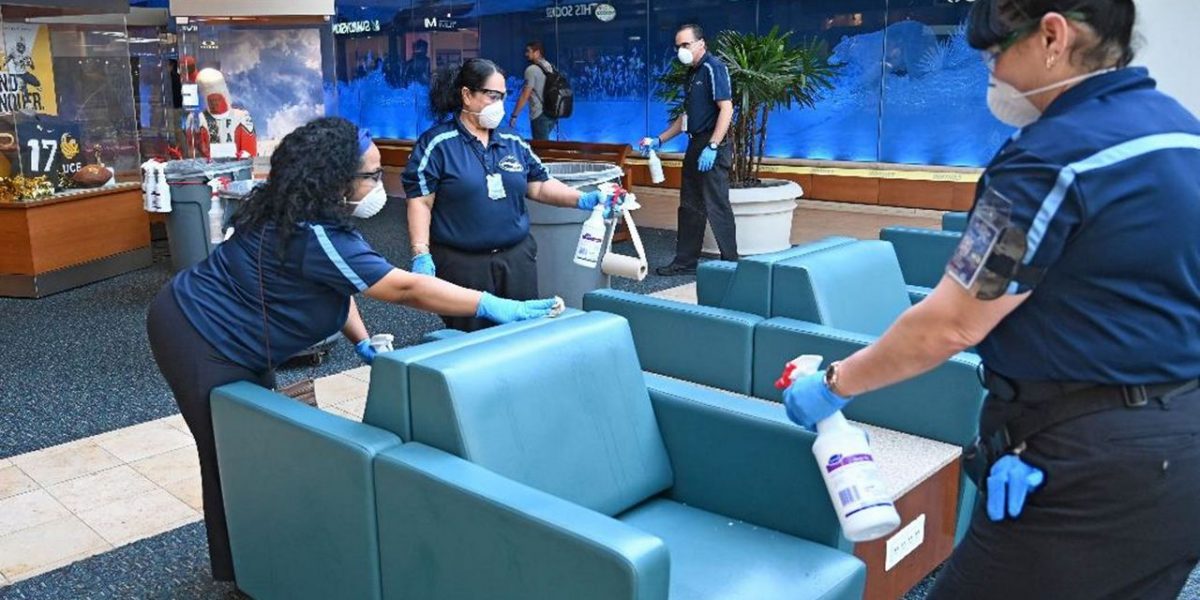 Like many workers, Holly McDaniel finds herself facing an uncertain future in the context of COVID-19. “The financial impact has been swift and hard,” says McDaniel, a vision therapist from Barrie, Ontario.

A few weeks ago, the situation McDaniel and her family find themselves in now seemed unthinkable. Free from a personal bankruptcy, she and her husband thought they were now able to look forward to a financially secure future. “At 40, my partner and I were finally in a spot to save for both retirement and a home. Without my job, we are back to just paying off bills and have watched our son’s RESP plummet,” says McDaniel, who was laid off recently. “Retirement and home ownership aren’t looking so good.”

These are thoughts currently being echoed by millions of workers across Canada who have lost their jobs because of the precautions being taken to slow the rapid and global spread of the coronavirus. Businesses are shutting down, and the lack of adequate supports for workers are laying bare the problems of capitalism.

Last week alone, the Canadian government received more than 929,000 applications for employment insurance, by far the single largest ever week of claims. Prime Minister Justin Trudeau called it an “unprecedented situation.” But this is not just because of a virus.

Karl Marx identified unemployment as a permanent feature of capitalism — it needs it to function. The unemployed population provides business with an “industrial reserve army” that can be used during capitalist expansion, and discarded during capitalist crisis. It can also be used to drive down wages, since workers are pitted against each other, almost as independent soldiers in a battle for jobs. This, in turn, keeps labour costs down and profits up:

“If a surplus labouring population is a necessary product of accumulation or of the development of wealth on a capitalist basis, this surplus population becomes, conversely, the lever of capitalistic accumulation, nay, a condition of existence of the capitalist mode of production. It forms a disposable industrial reserve army, that belongs to capital quite as absolutely as if the latter had bred it at its own cost. Independently of the limits of the actual increase of population, it creates, for the changing needs of the self-expansion of capital, a mass of human material always ready for exploitation…The general movements of wages are exclusively regulated by the expansion and contraction of the industrial reserve army, and these again correspond to the periodic changes of the industrial cycle. They are, therefore, not determined by the variations of the absolute number of the working population, but by the varying proportions in which the working class is divided into active and reserve army, by the increase or diminution in the relative amount of the surplus population, by the extent to which it is now absorbed, now set free.”

Workers can find themselves having to accept more precarious employment, and it leaves them vulnerable to extraordinary situations, like the one the entire world is dealing with right now. Women, disabled and racialized workers are most likely to feel the effects.

Yvette LeClair is a part of this “army”. Before the current crisis, she had multiple part-time jobs. Now she has lost most of her shifts, and says the chances that she will have any employment next month are quickly dwindling.

“The most troubling part of this for me and many of my friends who are precariously employed at multiple gigs is the helplessness,” says the Toronto worker, who describes her inability to contribute to her household income as “disheartening”. “We work really hard with the constant hustling to book jobs and juggling schedules and bills. We’re used to it. It’s a cycle that is hard to get out of once you’re in it.”

Beth, who doesn’t want her real name used, knows this all too well. Forced to hold down three minimum wage jobs just to get by, she’s now lost two of them and is trying her best to get by on just one. Thankfully for her, it’s a unionized position that is providing some financial security, although even that employer is telling her she needs to be prepared for the reality she will need to seek government assistance.

Federal and provincial governments have stepped in to provide minimal relief, but these measures fall well short of what working people need. Wait times for employment insurance have been removed for workers forced to isolate, but far too few workers have access to EI in the first place. And nothing has changed for those who are laid off or who need to take time off to care for children home from school indefinitely. Paid sick days — a major necessity required to eliminate the inequality associated with demands to stay home — are also either non-existent or inadequate.

Financial benefits for parents have increased, evictions are being paused in some provinces, and the banks have said they will defer mortgage payments (although many people are being denied this). But for those struggling to make ends meet in a system that is designed to exploit their labour, these measures will only be a small bandage on what can only be described as a gapping wound.

“Rent is our single biggest expense. My (employment insurance) will cover that and nothing else,” McDaniel says, noting that renters have been left out of government assistance plans. “We are OK for now, but there have been whispers that an ongoing shutdown will mean my husband gets laid off, too. If that happens, we will absolutely require a rent freeze or support. Not getting evicted is not a comfort knowing the impact legally — and on credit — that squatting would entail.”

It’s all unleashing even more anxiety for workers, who are bearing the brunt of the pain required to get through this crisis. “I’m bipolar, and the best way for me to not sink into depression is to be busy and be around people,” say Beth, who is struggling with the social distancing. “I live alone in a basement apartment with no natural light. I’m not ashamed to admit I’ve had some bad crying jags over the last few days. The biggest problem for me is the depression caused by the loneliness.”

Distance from the boss, unite the workers

“Everyone is saying ‘we’re all in this together’. Well, there’s no one else here but me.” This isolation is just one of the many additional consequences of the coronavirus and how the system isn’t set up to help working people and our most vulnerable. Beyond her own personal situation, McDaniel’s job has a positive impact on the many people who need her services – services they are no longer receiving. “I am so worried about my brain injury patients who are suffering so much on a daily basis,” she says. “Right now, they have no therapy for overwhelming symptoms and already feel isolated on a regular basis. My heart aches knowing some of them are all alone right now.”

The coronavirus is definitely exposing the failings of capitalism, and it is shining a light on the fundamental question working people must consider: should we waste time trying to save capitalism or we should we move ahead with a new economic system that doesn’t leave the prosperity of working people at the mercy of the rich and those serving the interests of corporations?

“The fabric of our community is showing right now, and I hope we all see how strong those threads are, but also how the overall patchwork requires some long deserved mending,” McDaniel says. “Our society needs to undo the neoliberal stripping of both our mental and fiscal investment in the sectors literally saving our lives right now.”

“There’s this idea that minimum wage is for jobs that are meaningless and unimportant. Society needs to realize that the least among us are not as small as society thinks they are,” says Beth. “Today, we are calling grocery workers and healthcare workers heroes. And there’s no denying they are. But there are times when the same could be said for almost any job.”