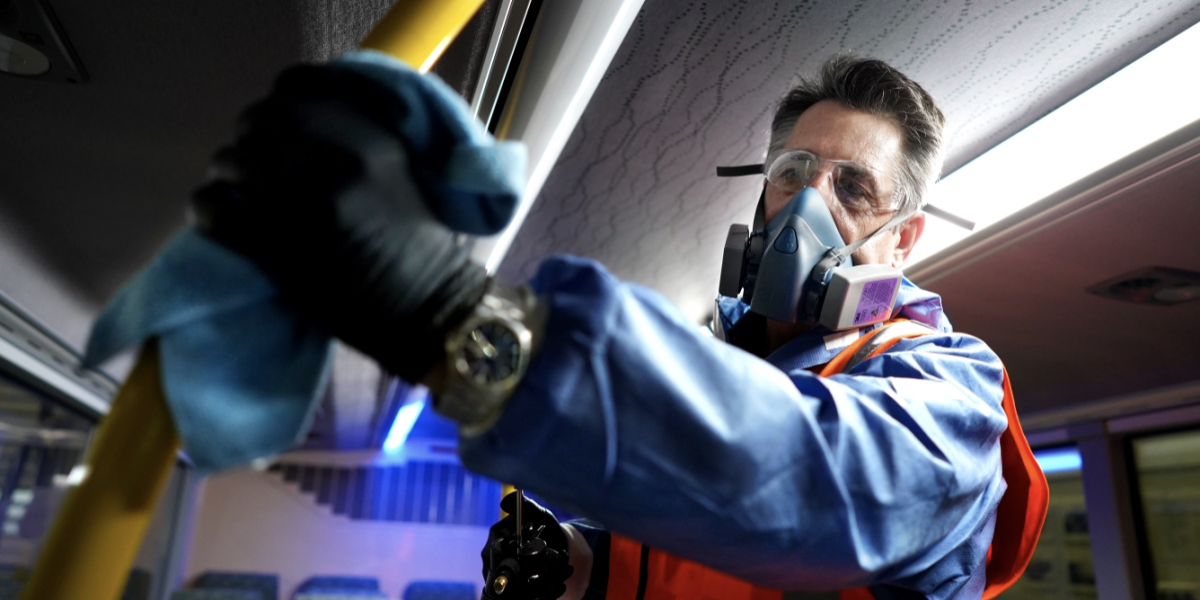 Unfortunately, it’s taken the threat of a global pandemic to highlight the longstanding public health risks of precarious work. Fortunately, there are already movements fighting for a healthier economy.

The first response to the new coronavirus disease (COVID-19) was to blame Chinese people and hope the world’s largest quarantine and travel bans would work. These obviously failed, and it makes as little sense now to blame pasta for the epidemic in northern Italy as it did to blame the Chinese diet for starting the epidemic. With over 100,000 cases worldwide—with cases from Egypt to Australia, and from the US to France—a more rational and urgent question has taken centre stage: how to encourage people to follow basic public health advice to prevent transmission.

This is especially important for those who are sick with unconfirmed infections, and those with confirmed COVID-19. With the large majority of cases not requiring hospitalization, they key to prevent transmission is ensure those with mild cases don’t have to go to hospital (where they might infect more vulnerable patients) and don’t have to go to work (where they might infect their coworkers, clients or customers). But these simple steps are facing major barriers: millions of workers are denied paid sick days, and yet required to get sick notes.

COVID-19 highlights how little awareness governments have about how much the current economy depends on people going to work sick—either denying it’s a problem or criticizing those who work while ill. On the one hand, Trump’s coronavirus denialism led him to claim that going to work actually helps recovery, stating “we have thousands or hundreds of thousands of people that get better just by, you know, sitting around and even going to work. Some of them go to work, but they get better.”

On the other hand, an Australian Minister of Health Jenny Mikakos publicly criticized a health provider for working while recovering from a cold that ended up being COVID-19—saying she was “flabbergasted” that he would go to work sick, and that “it is irresponsible for people to be going to work if they are unwell, and that is not just healthcare workers, it is everybody in the community who needs to take this very seriously.”

But people are taking this seriously—to a degree of panic that has led to a consumer spike in masks, hand sanitizer and toilet paper, despite no evidence these are needed. The problem is not that people don’t take epidemics seriously, but that they are not empowered to follow public health advice and stay home when sick. Multiple studies have found that high percentages of people go to work while sick, including in sectors with high risk of transmitting infections—from healthcare workers to food service workers. A consistent factor associated with going to work sick is lack of paid sick days.

The study also found that paid sick days are unevenly distributed: “Access correlates with wages such that higher-wage workers also have better benefits, such as paid sick days, when compared with lower-wage workers. Among the 10 percent of private-sector workers with the highest wages, 87 percent have access to paid sick days. By contrast, among the 10 percent of workers with the lowest wages, only 27 percent have access to paid sick days. Low-wage workers are least able to afford to absorb lost wages when they or their family members are sick… Almost half of all restaurant-related foodborne illness outbreaks are attributed to employees coming to work while ill. A recent poll released by the National Partnership for Women & Families found that 70 percent of women surveyed in the fast-food industry within the last year reported going to work despite displaying symptoms of illness.”

As a consequence the lack of paid sick days, millions of workers in the US went to work sick during the H1N1 flu pandemic in 2009, leading to millions of additional infections—especially among racialized workers who are disproportionately denied healthcare, paid sick days and other workplace protections. Faced with a new epidemic, New York State declared a state of emergency and called for those with possible exposures to self-isolate themselves.

But “self-isolation” is an illusion if we don’t address the economy that is based on low-wage, precarious jobs without paid sick days. New Yorkers won paid sick days for millions of workers in 2013, but this doesn’t include workers in the gig economy. As one New Yorker put it, “High-paid workers who can afford to stay home will stay home. They will be increasing demand for services like food delivery. If that food-delivery worker or food-prep person is not entitled to the same benefits, does social isolation actually work if they are sick or are being exposed to those who are?”

The fight for decent work and health

Fortunately, the same US study on the lack of paid sick days found a positive development: “Access to paid sick time for low-wage workers has increased since 2012…The share of low-wage, private-sector workers nationwide with paid sick time rose from 18 percent in 2012 to 27 percent in 2016.” That’s the year the Fight for $15 began in the US, and since then the movement for decent work and grown across the US, Canada, and around the world. If the movement for decent work can win paid sick days for all workers, it will be a major step towards reducing the transmission of the flu, coronavirus, and other infectious diseases.

This includes fights at local workplaces, and federal legislation. In the US, workers trying to unionize at the grocery store Trader Joe’s have included demands for paid sick days and the push to organize Uber have led the company to claim it will offer paid sick days for any of its drivers who contract COVID-19. Meanwhile Alexandria Ocasio-Cortez has been calling for paid sick days and universal health care as part of the Bernie Sanders Campaign, and Democrats have introduced a bill calling for 7 paid sick days for all workers, and 14 paid sick days for public health emergencies (though this doesn’t apply to “independent contractors” in the gig economy).  Now there is even talk amongst some Republicans and the White House about the need to for emergency paid leave time in light of COVID-19.

In Britain the Tories have eliminated the four day period before the Statutory Sick Pay takes effect—but this too doesn’t apply to workers in precarious jobs, so the Trade Union Council is calling for the government to close the gap. As the TUC general secretary said, “Two million workers still don’t earn enough to qualify for statutory sick pay. They can’t afford not to work. And statutory sick pay still isn’t enough to live on.”

Across Canada the $15 and Fairness movement has been fighting for paid sick days and an end to sick notes for years, and COVID-19 has renewed the urgency. Building on the campaign in Nova Scotia the NDP re-introduced a 2018 bill to provide paid sick days to all workers and end sick notes. As party leader Gary Burrill explained, “People in Nova Scotia go to work when they’re sick all the time. Most people don’t have paid sick time, and just can’t afford to skip a shift, even if they’re sick. As we prepare for the arrival of COVID-19, we should be doing everything in our power to make sure people can stay home when they’re sick.”

Similarly the Fight for $15 and Fairness across Ontario has been mobilizing to win back the paid sick days that Ford took away, and to end the sick notes he brought back. Recently the NDP called for an emergency bill to provide paid sick days and get rid of sick notes. As party leader Andrea Horwath explained, “The way to stop the spread of the coronavirus is to make sure anyone who might have been exposed can stay home, to avoid spreading it. There are serious concerns about Ontarians who can’t afford to take a day off work if they’re showing symptoms, and, today, workers can be forced to go to a doctor’s office to get a sick note – potentially spreading whatever virus they may have.”