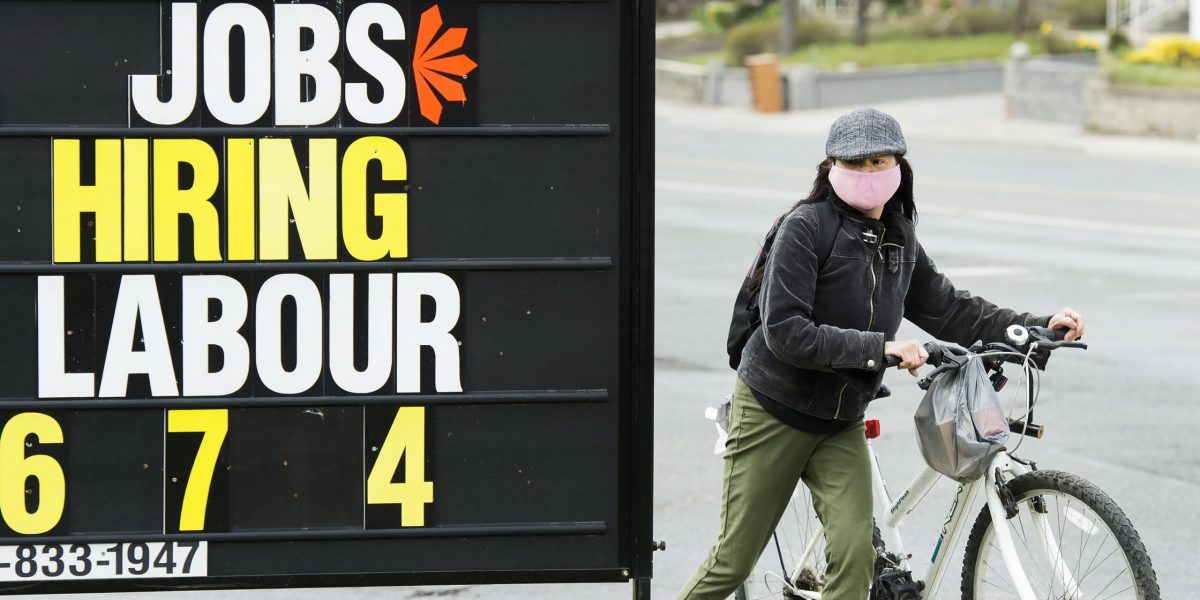 The pandemic recession hit the Canadian economy hard in 2020. GDP shrunk by 5.4 percent that year, making it one of the steepest recessions on record. Workers were hit hard, especially those in the service sector who are disproportionately racialized and women. Unemployment and underemployment skyrocketed.

In 2021, the Canadian economy made an expected recovery as global economic activity picked up. While the final numbers are not in, Canada’s GDP will most likely have risen by just under 5 percent. And the job numbers from November show that employment figures rebounded significantly. Unemployment, labour force participation, and total hours work have returned to, or are at near, pre-pandemic levels.

Contradictions of the economic recovery

While this recovery sounds all well and good, there are some major flies in the ointment for global capitalism coming out of the pandemic recession. The strategies employed by the Canadian state and by governments around the world to rescue capitalist economies have sowed the seeds of a number of contradictions.

Inflation in the Canadian economy has grown at a much higher rate that was expected, eating into workers’ real purchasing power. Inflation is expected to remain high through 2022. This higher-than-expected rate of inflation is a global phenomenon that is the result of the lingering supply chain issues resulting from the whipsaw of the economic recovery and the product of easy money policies pursued by central banks and governments across the globe.

The immediate pandemic response by governments and central banks around the world was to cut interest rates, set up aggressive bond and asset purchasing programs, and engage in large scale emergency fiscal spending to support businesses. Near-zero interest rates combined with trillions of dollars pouring into the financial system via central banks helped stave an economic meltdown. But it also greatly inflated financial markets, thereby supercharging wealth inequality. The stock market and housing market reached dizzying new heights in 2021, which has led to all sorts of frenzied speculation. It turns out amongst businesses there was little appetite for expansion and investment as the private sector has been plagued by productive overcapacity and an anemic rate of profit growth. Companies and investors were much more likely to invest money into speculative endeavours. Thus in 2021, productivity growth numbers continued their long stagnation, a good indicator of the dearth of business investment.

But these easy money policies were never going to last. In the latter half of 2021, central banks began to take action to pull back on bond and asset repurchasing programs and signalled their willingness to raise interest rates in 2022 to combat inflation. While this may dampen inflationary pressure and tap down some of the more outlandish asset valuations, it could also act as a brake on economic growth. Economic forecasts for Canada and the United States have already been revised downwards for 2022 and 2023. While there is a broad consensus about economic growth in these countries over the next two years, it is clear that the rate of growth is set to return to the low-growth rates seen in the years before the pandemic.

But this won’t simply be a return to the pre-pandemic period. Wealth inequality has dramatically increased. Debts by governments have also sizably increased. And while richer nations may be able to shoulder these increased debt loads, poorer nations look as if they are headed for serious trouble.

On top of this is the great uncertainty of the pandemic. The rapid spread of Omicron over December and the ensuing stress on healthcare capacities and the introduction of another round of government restrictions have thrown a wrench into economic recovery. It is impossible to tell at this point exactly what impact Omicron will have on the economy going forward, but workers in the service sector are likely to feel the greatest effects of the government restrictions, as businesses face the possibility of more lockdowns or closures. This is especially the case since access to government supports has been greatly reduced. For countries that have less access to vaccine coverage, the impact of Omicron may be much worse. Imperialism has not only shaped how countries have navigated addressing COVID-19, it will shape who bears the cost of the economic recovery.

The shape of class struggle

While much was made of the great resignation and the increased power of workers in the labour market this fall, especially in the United States, this easy media narrative did not really apply to Canada. CERB and CRB did not cause a mass labour market exodus: labour force participation rates in Canada as of November were at virtually pre-pandemic levels. This was a business lobby talking point used to take shots at government supports, not explain an actually existing phenomenon.

Strike activity and industrial action in general remained at a very low rate in 2021, as it did in 2020. Of course, there were notable exceptions, like the massive public sector strike in New Brunswick. This strike by 22,000 CUPE workers won pay increases and warded off attacks on their pension plan by building massive public support. In the wake of the strike, the Conservative Higgs government was forced to substantially raise the minimum wage to win back the public’s support. Other governments, like Doug Ford’s Conservatives, were pushed into raising the minimum wage and bringing in other labour law reforms because these issues had been made popular by campaigns like the Justice for Workers campaign.

While not perfect, these substantial gains were won despite entrenched opposition from the business lobby. Critically, these gains highlight two important lessons. First, despite the difficult challenges of organizing in the middle of a pandemic, workers can still fight for–and win–better conditions for themselves and their communities. And second, what workers do now will affect their confidence, their militancy, and the terrain they fight on as we move into post-pandemic struggles about what the recovery will look like and who it will benefit.

The pandemic has increased inequality and inequities in our society and around the globe. What kind of world we build coming out of the pandemic will be shaped by the struggles over who is forced to burden the costs. This is why campaigns that raise the confidence and capacity of workers to fight back are key. A fighting working class is central to the struggle for racial justice, for migrant justice, for climate justice, and in the fight to support Indigenous sovereignty. If we are to challenge the capitalist pandemic recovery, we will need to put the fight against oppression and workers’ power at the centre.