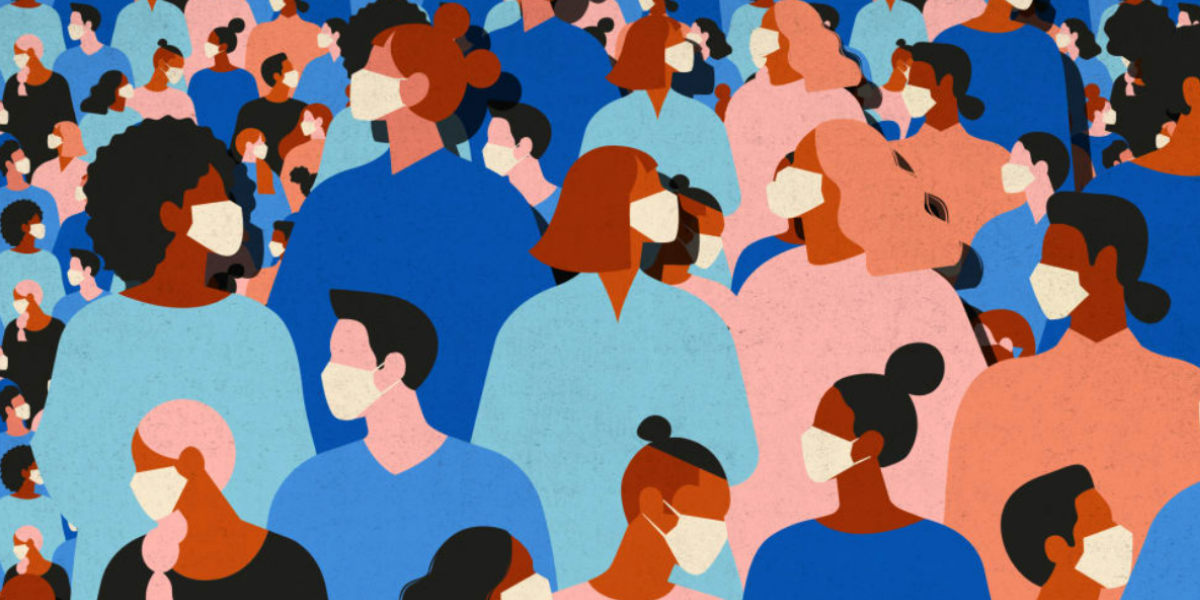 Over the last 24 months of the pandemic, I have watched my family and friends, Black and racialized people, forced onto the front lines of risk as they care for the sick, pack our grocery bags, and prepare our meals. They were transformed into essential workers by the pandemic but denied essential protections like paid sick days.

According to municipal data, the inability to physically distance in essential workplaces exposes workers to grave inequities. Some 60 per cent of COVID outbreaks are ripping through front-line workplaces.

As COVID numbers surge yet again, working-class people still risk their lives every day, forced to choose between venturing out to work or taking refuge in their homes (without adequate pay) if they or their loved ones get sick.

Race and the pandemic

Yes, the virus does not discriminate, but economic power (and racism) determines who lives and dies in this pandemic. Why else would racialized people account for 72 per cent of reported cases while they account for 52 per cent of the city’s population? How else do we explain the 13,000 health care workers, predominantly part-time and racialized women with no paid sick days, who have contracted COVID as of January 2021? The city’s data is consistent with a report released earlier this year by Dr. Eileen de Villa, Toronto’s chief medical officer, which reveals that nearly 80 per cent of all COVID cases are among people in racialized communities.

Even as the province’s health care system teetered earlier this year and doctors and nurses set up field hospitals in parking lots, Premier Doug Ford and his cabinet refused paid sick days. Instead, Ford shut down playgrounds and basketball courts, a lifeline for low-income children stuck in overcrowded, dilapidated rental housing. Ford also authorized the police to question people outside their homes, a terrifying prospect for Black and Brown communities that endure racial profiling and police brutality.

The provincial response has encompassed everything except the one thing that could save lives: effective, adequate paid sick days.

Though the Omicron variant was detected in Europe before any cases emerged in Africa, Ford recently called for a travel ban from seven predominantly Black countries in Africa. But he can’t absolve himself of the most recent surge in the province’s COVID cases. Ontario’s own data shows that travel accounts for 0.31 per cent of COVID cases. At the same time, the head of the World Health Organization (WHO) says that blanket bans will do little to stop the virus’s global spread. In fact, the risk of the virus spreading at workplaces is much higher than through our borders.

At every turn, race has underpinned the Ford government’s pandemic response. The city’s data from November 20 to December 10 tells the tale of the other Toronto where immigrants, refugees, and lower-income people live in the city’s hardest-hit neighbourhoods.

The Justice for Workers campaign, organized by Black and racialized low-wage workers, has been demanding 10 permanent sick days and 14 days during times of emergency. Health experts agree. The Decent Work and Health Network confirms that the lack of legislated paid sick days threatens public health.

But the premier consistently finds himself on the wrong side of the expertise; Ford has voted against increasing the number of paid sick days 27 times.

When Ford’s PCs relented in April after public backlash, his plan was weak. Initially set to expire on December 31 in the dead of winter, but then extended to July, the program provided $200 of pay for three sick days. But, Public Health recommends at least two weeks of isolation if exposed to COVID-19.

Earlier this month, the Ford government also denied workers a life-saving measure by scrapping Bill 8, the NDP bill seeking to permanently legislate 10 paid sick days and 14 during public health emergencies. Bill 7, a similar piece of legislation presented by the Liberals, is still on the table. Ford could immediately legislate its demands if he chose, but don’t hold your breath.

The denial of paid sick days poses a public health crisis. But for Ford, that the lives of Black and racialized workers continue to be at risk is hardly a crisis.