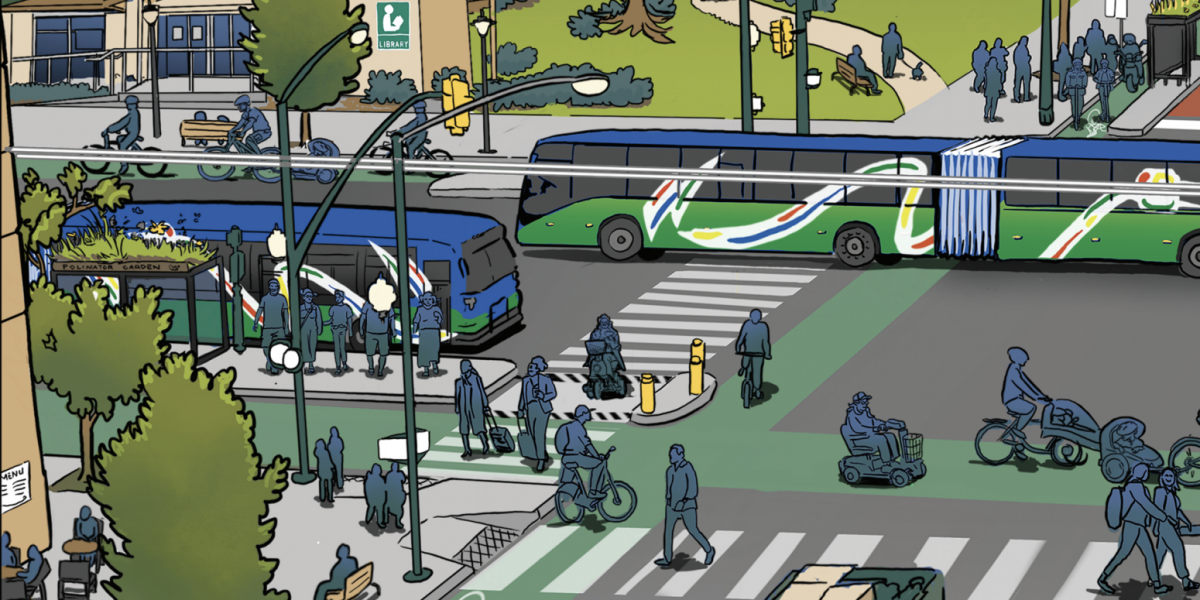 We are in the midst of both an environmental crisis and an affordability crisis, which are linked. The solutions on offer, from raising fares to relying on electric cars, don’t solve either problem. But increasing access to public transit is good for all workers, all riders, and the planet. Taking action for free and accessible public transit can win reforms and set us on track for climate justice.

More cars is a dead end

Buying more and more electric cars is not only a model of consumption that most workers cannot afford, it does nothing to address the more significant case for environmental equity and cities that fewer and fewer can afford to live in. Moreover, like most batteries, the lithium-ion cells used in electric cars rely on raw materials, such as lithium, cobalt, and nickel, that have been linked to grave environmental and human rights violations. And alternative options are not much better under capitalism. Uber and Lyft are simply another form of exploitation, forcing workers to take on precarious employment with fewer and fewer rights rather than support robust public transportation networks powered by green jobs.

But cars and climate change are not inevitable. Canada is currently ranked 11th in CO2 emissions per capita. But for every $250 million invested into public transportation, it is estimated that 57,000 to 120,000 cars are taken off the road. As a set of reforms, an accessible system sets examples to push levels of government to increase operational budgets, create more affordable or free passes, and create priority bus lanes. As a reform within the movement, it shows how something such an everyday part of our lives is shaped by capitalist production and forces many to see private car ownership as a dead end solution to a problem it created.

Public transit for all: A climate justice solution

Municipal and regional mobility is a right, not a commodity. Free and accessible public transit is a climate reform that improves environmental, economic, and social equity. Better transit means less traffic and cars on the road, faster commutes, and lower rates of pollution and emissions, which also improves public health.

Moreover, residents living in communities with high-quality, well-integrated public transit own half as many vehicles, drive half as many kilometres, walk and cycle four times more frequently, and use public transit ten times more often than residents of more car-dependent communities. Cities and regions built on concepts of liveability can better focus on access needs and prioritise the mobility of people rather than private vehicles.

With stagnant wages and rising inflation, fighting for free public transportation becomes a way to link the climate and affordability crises—both of which disproportionately affect low income and racialized communities. An expanded and more accessible service would also mean increased economic equity for all workers and those unable to drive or own a car.

Public transit reforms are not only tangible and winnable goals that significantly impact workers’ lives, but in the process of fighting for reforms we identify the roots of the problem and expand our political aims.

For example, priority bus lanes could be immediately created by simply re-allocating our road space, which can reduce traffic and GHG emissions without substantially changing traffic speeds. But the lack of bus lanes is a political choice that can be challenged by action. As the TTC riders noted a few months ago when they installed a pop-up bus lane, “It took a handful of volunteers 20 minutes to do what John Tory hasn’t been able to accomplish in eight years. Surely Toronto’s Mayor and City Council can move faster to prioritize buses and streetcars.”

Taking action for public transit can also challenge the defunding of public transit, and the way funds are used within public transit. Toronto City Council is preparing to increase the bloated police budget by $50 million after defunding the TTC, while the TTC is focused on fare evaders rather than free transit.The fight for free and accessible public transit for all can link with campaigns to defund municipal and transit police, support transit workers striking from Toronto to Halifax for better working conditions, and promote broader initiatives like a Green New Deal. The reforms we win now can offer tangible victories that get us that much closer to where we ultimately want to end up, bringing us one stop closer to climate justice.