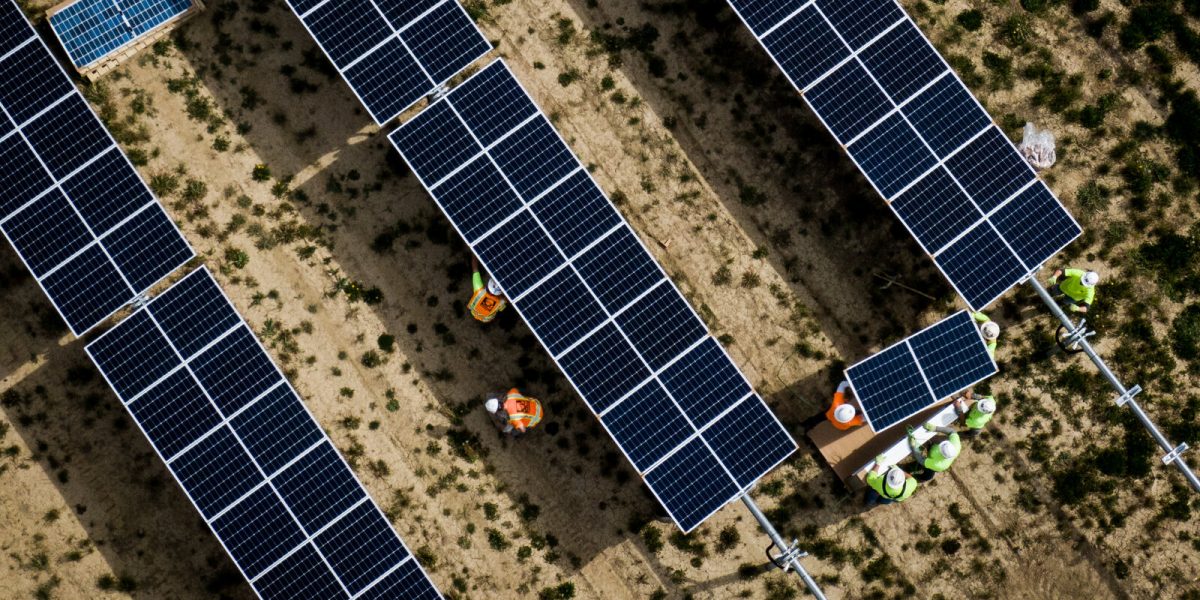 Climate change is no longer a niche subject that climate scientists argue about in academic texts. In fact, it hasn’t been so for quite a while, seemingly giving us enough time to implement real solutions to the climate crisis. But thus far there has been precious little progress actually made. The reality is, despite knowing the truth about the scale of the climate crisis for at least the last two decades, our governments and corporations have continued to exacerbate the problem. As Max Ajl makes clear in his powerful new book, A People’s Green New Deal, “climate change is no longer in the future tense. It is today.”

Living in the midst of the climate crisis, poses the question of what is to be done? What solutions are on offer and are they good enough to solve a catastrophe with such a wide scope?

Split into two parts, Ajl’s book first covers the inadequacies of the climate solutions that are gaining popularity in the Global North, such as the Green New Deal legislation backed by Senator Ed Markey and Congresswoman Alexandria Ocasio Cortez. In the second part of the book, Ajl imagines what a more robust approach to tackling the climate crisis might look like.  For Ajl this has to focus on the sovereignty of the Global South and Indigenous peoples, decolonization, anti-imperialism, demilitarization, and climate debt payments. This approach takes seriously the prospect of anti-capitalist degrowth, the idea of Land Back, and a shift to a less industrial and more widespread agriculture in the Global North.

A Green New Deal to preserve the system

While the Markey/AOC Green New Deal has been described as eco-socialist, Ajl argues it is anything but. Ajl points to a couple of troubling areas in the proposed Green New Deal. The proposal aim to preserve and expand the U.S. power and sees the climate crisis through the lens of a “national security threat”. It also calls for a strong role to be played by business in the transition from fossil fuels. It is very much a proposal which aims to expand and preserve market relations in order to fight climate change. This is a top-down approach that in practice aims to give money to large corporations to motivate them to use greener technologies.

Ajl looks at other similar green new deal like proposals, such as those championed by Bernie Sanders and Noami Klein’s work, but finds that even the ones that do call for anti-imperialist measures don’t do so very convincingly. Most proposed green new deal plans seem to continue ravaging and exploiting the Global South. In fact, more common than calling for a stop to imperialism is a call to make a green military, as if to say that it is fine to exploit the land, destabilize governments and exploit workers, as long as the military is green.

In addition to this, none of the proposed green new deal types of approaches properly address the idea of climate debt. Climate debt is the debt that is owed to the Global South by the Global North to make up for the disproportionate amounts of CO2 put into the air and to help with the disproportionate environmental disaster that is and will continue to ravage the south.

One idea that Ajl addresses in the first section is the notion that we should focus on reforming capitalism to the point where we won’t all die from climate change, and worry about getting rid of capitalism and imperialism afterward. Ajl argues this approach is misguided and fails to understand both how capitalism works and how we can make social change. Capitalism requires constant growth and exploitation. While we can win reforms, we can’t reform away the basic dynamic of capitalism’s thirst for profits. Thus, any proposal that relies on the capitalist class to institute major reforms that threaten its profits will inevitably fail.

Bottom up solutions to the climate crisis

Throughout the book, Ajl stresses that “popular development is an outcome of class struggle,” meaning if we try to solve the climate crisis from the top down while ignoring the half of the world that suffers the most from our choices, we are destined to fail. A real solution to climate change comes from not throwing the brunt of the disaster on the Global South, but working with them to change the way the world works.

In the second section, Ajl turns his attention to some areas he thinks would be a good start to a revolution for climate justice. First and foremost, Ajl argues that a mass movement of decolonization in the Global South is necessary. Poorer nations must have sovereignty and the right to not be influenced by imperialist powers. These countries must have the right to manage themselves and to shape their own role in global climate solutions.

In addition to this, Ajl emphasizes the importance of climate debt payments. With this money, the nations in the Global South would be able to recover from the destabilization caused by the Global North and can fund green technology and solutions that would be able to help themselves and the world. With the stability, poorer nations can offer their own solutions to address the climate crisis and begin steps towards climate justice. Bolivia’s approach under the leftist MAS government is a good example. The 2010 Cochabamba’s People’s Agreement, organized in Bolivia, emphasized each person on earth’s right to a healthy environment, as well as the rights of Mother Nature herself.

Ajl argues that to make such radical changes to the way our economy works, we have to support the Land Back movement which seeks to return stolen land to Indigenous peoples. This requires a reevaluation of our collective relationship with the Earth. This is exactly what Indigenous activists with the Red Nation have been arguing for in the Red Deal.

If we are to take seriously Ajl’s statement that “environmental justice and change is a revolutionary project,” we should not accept that the answer to the climate crisis is to fuel money into corporations and expect them to fix it for us. Instead, we must be the revolution, and constantly seek to expand our idea of the “we” that is included. Ajl reminds us of the power of solidarity, and argues forcefully that it is our only option. A People’s Green New Deal gives us theory and direction. But it is up to us to build the movements that can take on the entrenched powers of capitalism and imperialism in order to remake the world and tackle the climate crisis.