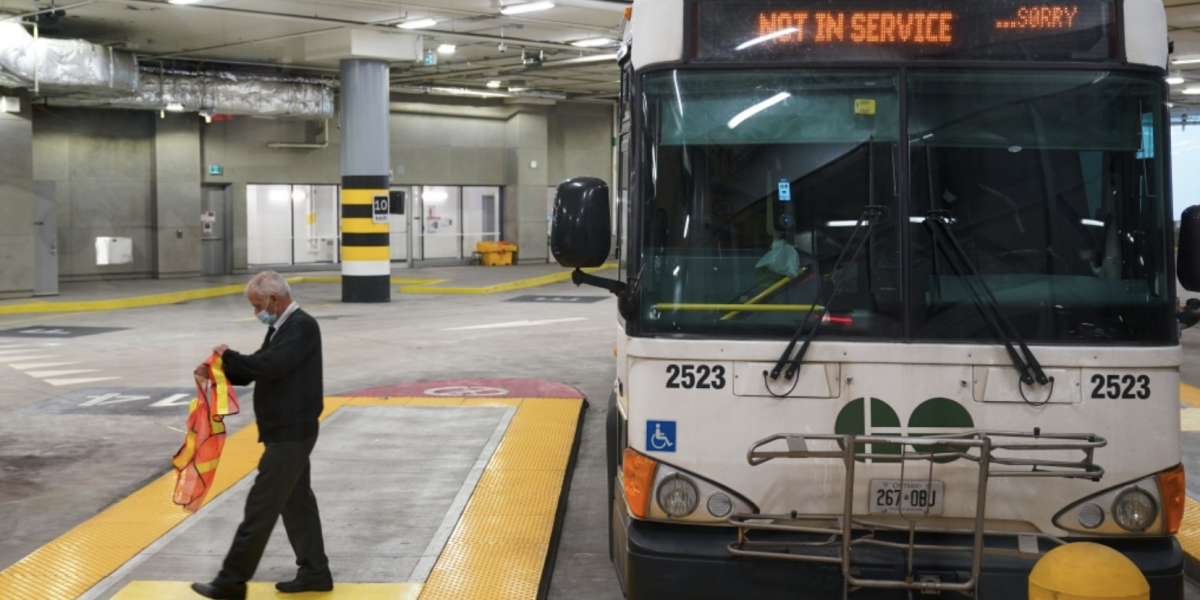 On Friday, November 4, the 55,000 education workers represented by CUPE’s Ontario School Board Council of Unions (OSBCU) went on strike in defiance of the Ford Government’s Bill 28, an unprecedented piece of legislation which makes it illegal for CUPE members to strike, imposing a contract on them while suspending their fundamental rights protected under the Canadian Charter of Rights and Freedoms for a five-year term.

Ontario labour organizations are denouncing the legislation for what it is: an egregious and unprecedented violation of the most basic rights of workers and Canadians.

Worker dissent is mounting, and so is a spirit of solidarity among workers and unions in Ontario. Thousands of parents, students, community allies, and members from various unions across Ontario joined the striking education workers on their picket lines across the province on Friday, including a massive gathering at Queen’s Park which drew thousands of supporters. Media estimated over 10,000 people in total.

Speaking at the Queen’s Park rally, ATU Canada President John DiNino hinted at what’s to come, noting “we may soon be joining you on the picket line.”

Driving for a better deal

ATU Local 1587 has been negotiating with their employer Metrolinx for a new collective bargaining agreement since April. Their previous collective agreement expired on June 1, 2022, and GO Transit employees have been working without a contract since then.

According to Local 1587’s President Rob Cormier, the most pressing issue for the union in this round of bargaining is job security and securing protections against contracting out.

“These basic protections against contracting out are the norm at every other transit agency in our region to ensure that experienced workers are on the job to ensure the safety of the buses. Without these protections, Metrolinx can contract to outside companies unfamiliar with the fleet, which will hire inexperienced workers at the lowest of wages” Cormier noted in an ATU press release.

Cormier says the Union has met with Metrolinx several times in the past few months, but notes that “at every single one of those meetings, Metrolinx’s bargaining team showed up empty-handed, without a single offer addressing our most important issue on the table.”

ATU Local 1587 was set to go on strike last month on Hallowe’en, but they deferred the walk-out action to present their members with Metrolinx’s latest offer, an offer the Union voted to reject by an 81 percent majority on Friday, November 4.

Cormier says the Union remains open to negotiations with Metrolinx over the weekend, but as it stands, the Local is prepared to go on strike as of Monday, November 7 at 12:01 AM–the day that actions are expected to escalate for striking education workers.

Support for Local 1587 is already gaining traction. According to Ahmar Khan of Global News, members of ATU Locals 107 and 1573 representing transit workers in Hamilton and Brampton have announced that they will not be crossing the GO Transit picket line. While transit service will continue in surrounding regional networks, alternate bus stops may be used to avoid crossing the picket line. ATU members have a protected right to refuse to cross ATU picket lines, and other ATU Locals interacting with GO Transit may begin exercising that right as the strike develops.

It is no coincidence that ATU Local 1587 is going on strike only three days after the OSBCU walk-out. There is an undeniable air of discontent simmering among workers in Ontario. We are witnessing the culmination of years of contempt and disrespect aimed at Ontario’s workers at the hands of the Ford Government, the supposed friends of labour.

In a statement of solidarity with striking GO Transit workers, ATU International President John Costa rightly noted that these labour uprisings are taking place in the aftermath of Ontario’s disastrous Bill 124 wage freeze, which caps the salary increases for all public employees at 1 percent per year until 2023.

“Our Union joins the entire Ontario labour movement in a common fight against a government who would rather destroy vital public services and strongarm workers than negotiate a contract,” Costa said.

Thousands of workers across Ontario have been impacted by the legislation, including CUPE members, ATU members, and the Ontario Nurses Association. And while Bill 28 is directed at CUPE members specifically, judging from the show of support and the solidarity we saw on Friday, Ontario labour and its allies harbour no illusions: Bill 28 is a full and frontal attack on the rights of all workers in Ontario. So the Ford Government should not be surprised when we all fight back.