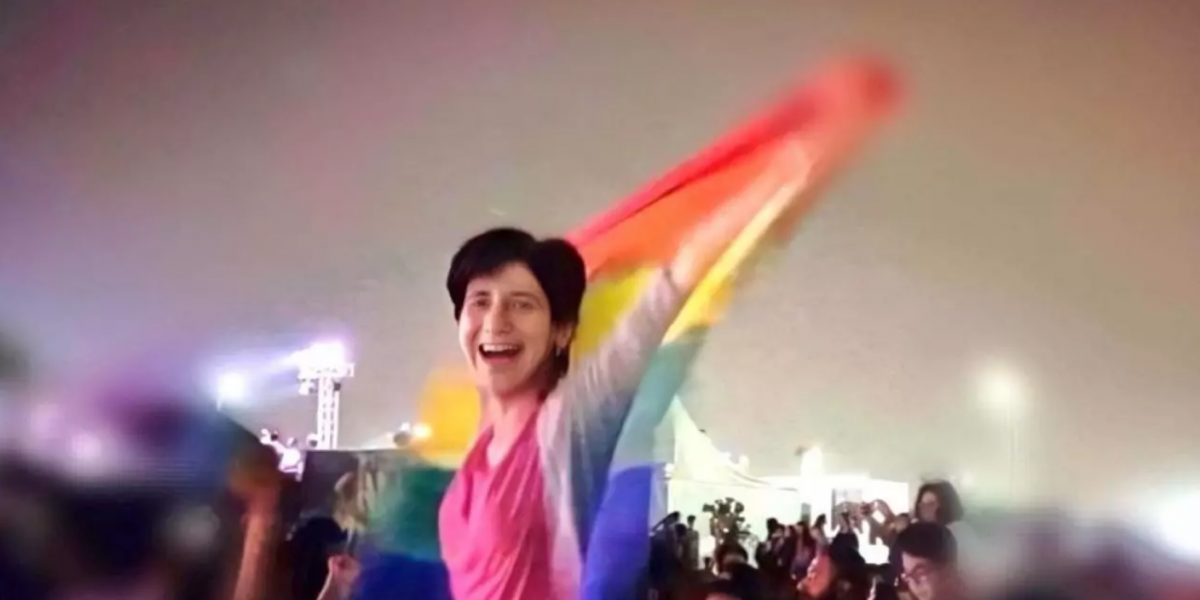 The Spring Socialist Network has launched a socialist solidarity fund in loving memory of Sarah Hegazi, who died by suicide on June 13, 2020. Sarah was a committed revolutionary socialist who was active during the Egyptian Revolution. In 2017, she was arrested and tortured by the Egyptian state for waving a rainbow flag at a concert in Cairo. After three months in prison, most of it in complete darkness in solitary confinement, Sarah fled Egypt and was accepted as a refugee in Canada.

Despite the trauma she continued to suffer as a result of her imprisonment and torture in Egypt, Sarah became active in a range of struggles once she arrived in Canada. She quickly became a well-known and beloved figure in the Arab queer community in Toronto and she participated in the $15 and Fairness campaign.

Sarah became active in Spring the year before she died. She frequently attended organizing meetings and political talks and always contributed to the discussion. She gave a number of talks about the Egyptian Revolution, including this panel discussion in October 2019 about the Sudanese Revolution, and wrote about her experiences in Spring magazine (see here and here).

Everyone who met Sarah was struck by her kind and gentle soul, her deep love of humanity, and her unwavering commitment to the fight for a better world. Her every act was a gesture towards justice. And the impact of her activism, despite her short life, has already been felt all over the world.

In honour of Sarah’s memory, the Spring Socialist Network has committed to funding on an annual basis a solidarity project or initiative that advances the struggle for international socialism. For the inaugural fund, Spring has arranged and paid for the translation into Arabic of two widely popular articles about revolutionary struggle in the Arab world. Both written by British revolutionary socialist Anne Alexander, a solidarity activist and member of the Socialist Workers Party in the United Kingdom, the articles draw on and bring together the written works, interviews, and political talks by a number of revolutionaries who are active in the Middle East and North Africa, some of whom cannot reveal their identities.

“Living on revolution time: understanding the dynamics of the uprisings in Sudan and Algeria” appears in Issue 163 of International Socialism, a quarterly review of socialist theory, and attempts to synthesize the lessons of the Egyptian Revolution as it tracks similar developments in revolutionary movements currently underway in other parts of Africa. “Class, power and revolution in Sudan” appears in Issue 166 of International Socialism and amplifies the experiences and insights of Sudanese activists as they confront the power of the Sudanese state, the military, and its ruling class.

The Arabic translation of “Living on revolution time” is available here. It is also available in PDF.

The Arabic translation of “Class, power and revolution in Sudan” is available here. It is also available in PDF.

Spring encourages its readers to share these translations widely and to make use of them in supporting the struggle for international socialism in the Middle East, North Africa, and around the world. It is Spring’s hope that these translations will deepen the bonds of solidarity among everyone who reads them.

The idea to translate these particular articles emerged during Spring’s solidarity work with activists and revolutionaries in the Sudanese community in the Greater Toronto Area, who sought to share their experiences of revolution and expand their understanding of revolutionary struggle, not just in Sudan, but also throughout the region. Sarah was an enthusiastic participant in these discussions and, in all her contributions, acted as a bridge between both movements.

It is in this spirit of spreading revolution, and of supporting the people leading it, that Spring launches the Sarah Hegazi Socialist Solidarity Fund. Readers are welcome to donate to the fund at any time and in any amount. To donate, please click the “Donate” button at the top of this page. When you make your donation, please indicate in the space provided that your contribution is for the Sarah Hegazi Socialist Solidarity Fund.

Rest in power, Sarah Hegazi! May your lasting commitment to a better world inspire us to fight for it every single day of our lives.