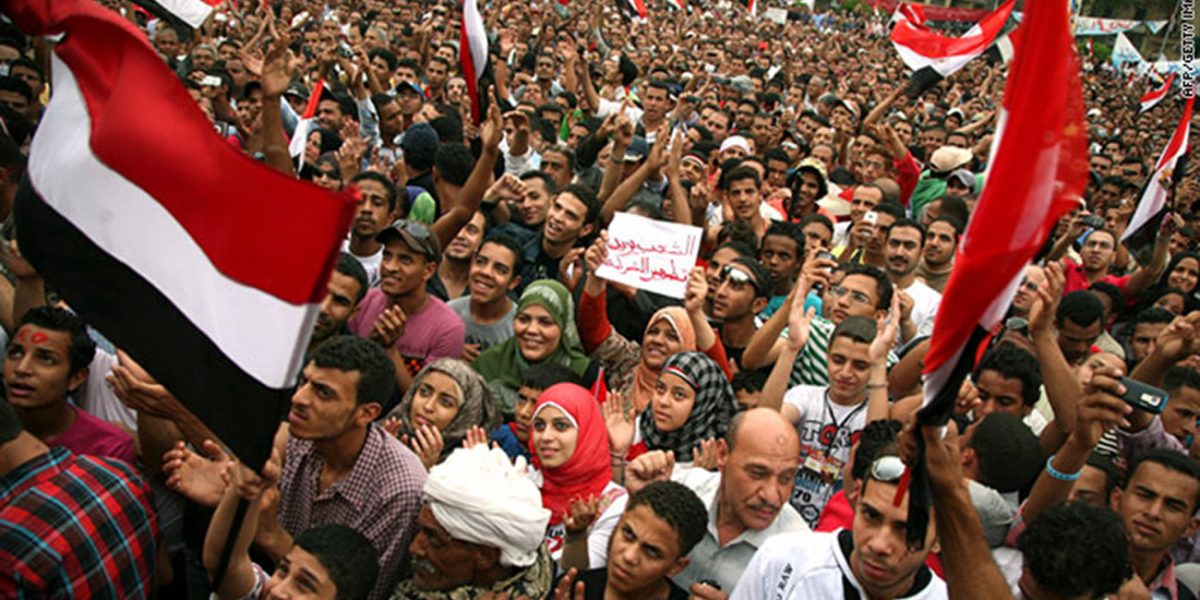 January 25 marks nine years since the Egyptian revolution erupted in Tahrir Square, as part of the Arab Spring. Imperial powers and local rulers intervened to undermine the revolution, but a new wave of revolts has emerged—from Algeria to Sudan.

Last October, Spring and Kandaka in White (organization supporting Sudanese women) co-organized a meeting, “What next for the Sudanese revolution?”, also co-sponsored by the Sudanese Community Association of Ontario. Among the panel presentations was the following given by Egyptian revolutionary Sarah Hegazi on lessons for Sudan from the revolution and counter-revolution in Egypt.

The 2011 revolution emerged for many reasons: economic crisis, government corruption (e.g. ministers and others in the ruling class who use nepotism to hire family and friends, like dictator Mubarak’s plan to appoint his son as the next president), lack of minimum wage, bribery and torture in every police station, and corruption in the military (e.g. purchasing weapons for external wars, yet there are no external wars). In the factories, the managers can fire any worker, and workers have no way to protect themselves. There is inadequate health care. The state uses religion to encourage attacks on women and LGBT people.

But the masses, even as they were oppressed by the system, broke the police system in six hours. Police ran from the people and took their uniforms off. But the military rejected the revolution and a bottom up movement for change because those things directly threaten their class interests.

There are three kinds of political people: the old regime, reformists who want to change only the face of the regime but keep the overall system, and revolutionaries who want to break down the system completely and build a new system that is more just at all levels, socially and economically.

It needs to be emphasized that the old regime will try anything, even sacrificing important icons of their regime, in order to stay in power or regain power. So the military forced themselves to remove Mubarak in order to circumvent and calm down the movement for change. This revealed how corrupt and weak they are.

In revolutions we will find the old regime will try to control again and rule again.The military council developed after Mubarak was overthrown. They ruled about a year before organizing rigged elections. The old regime will always try to come back again and rebuild in different forms, and it’s important to remember this.

In Egypt we have the military as also a “soft power” behind the scenes, central to controlling the economy. In the period after Mubarak’s downfall there was a deep state trying to figure out how to get out from this situation. So the deep state tried to give the impression that they were giving concessions. But their reason was to give more time for their supporters to keep their system strong and rebuild themselves. At the same time the Stalinist so-called left also tried to control workers by claiming that the military council was a good thing, “a step in the right direction”.

The military council used the same ways of dictatorship as Mubarak to throttle the proletariat and to destroy revolutionary cadre. They filled Egyptian prisons and jails with such political prisoners, not only revolutionaries but also Muslim Brotherhood members. The military council succeeded in breaking the revolution without making any radical changes in the government in any deep way. This succeeded in diverting and polarizing people along sectarian lines, i.e. a battle – instead of class  – was based on religion, between secularism and theocracy.

But revolutionaries believe the battle is one of class, not religion. The military took advantage of our organizational weakness, and the military took the opportunity to end the revolution, without mercy, deliberately dispersing the left organizations. As St. Just said, “those who make half a revolution dig their own graves.” It was literally, not just figuratively, true. Most of us are now in the grave, in prison or in exile.

When Sisi announced himself as president, he became the most oppressive and violent dictator in our modern history. But this experience of losing the revolution gives Sudan lessons for the future: negotiating with the military is not a victory of “being smart”, it’s the start of losing and a failure for the revolution; protests confuse the old regime and military, strikes are great weapons for social justice, and revolutionaries must connect with workers.