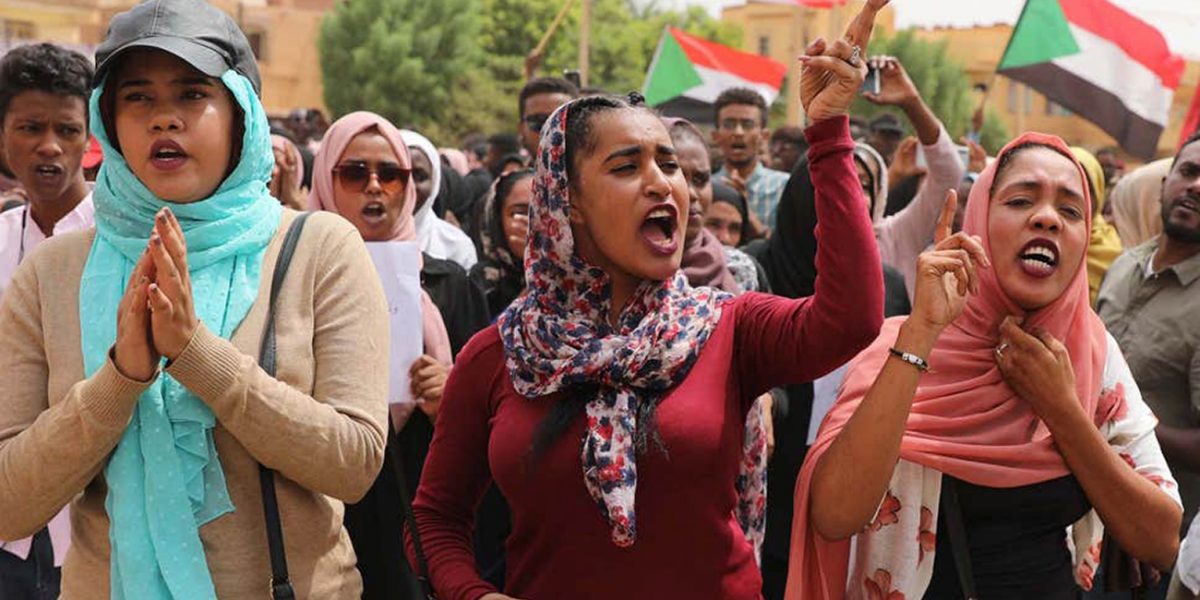 The following article is based on Valerie Lannon’s presentation. Part of her analysis is rooted in an article by Anne Alexander, “Living on revolution time”. This analysis is based four themes:

At the heart of the question of “what do we mean by revolution?” is the question of what kind of change do we want. Whose interests need to be front and centre? Who needs to be leading the way so that these interests are met? Since it is workers of all types who create the wealth in society, it should be freedom and democracy for workers that is at the heart of a real revolution. And by “workers” or “the working class” we mean people who can only survive by selling their labour on the market, not just factory workers but people who sweep the floors, build the buildings, work the daycares, take the calls at call centres and drive the trains.

Workers play the central role in leading such a revolution because of the unique role they play in what Marx called the means of production – whether you’re loading ships in Port Sudan or making food or providing health care. And there is a growing anger by workers around the world, whether or not they are in unions, who know the destruction of the planet and the imposition of government austerity programs are not acceptable.

Capitalism cannot and will not meet the needs of Sudanese workers because the whole existence of capitalism relies on the exploitation of land and labour. It is not a question of bad bosses here and there, but in the way capitalism needs to operate. That is why raising class demands – like raising wages, improving benefits – are essential to build workers’ clarity and confidence and to expose the limitations of various political parties.

Political revolutions are ones that may change a ruler, even get rid of a dictator like Bashir. But a social revolution is where the economy itself – the labour part of our humanity and that which so affects our relationships with each other and with nature – is transformed and brought under fully democratic control.

At the same time, social revolutions help rid ourselves of the many forms of oppression the ruling class uses to divide us from one another. Marx and Engels (in “The German Ideology”) said, “revolution is necessary…not only because the ruling class cannot be overthrown in any other way, but also because only in a revolution can the class overthrowing it succeed in ridding itself of all the muck of ages and become fitted to found society anew.” This does not mean that immediately after the revolution, all forms of oppression will disappear, but certainly the material sources of oppression, i.e. the need by the ruling class to keep us divided from one another – whether on the basis of race, ability, gender identity, religion, nation –will be done away with. The struggle for revolution will force people to overcome their old prejudices to unite to fight against the real enemy, i.e. the bosses and the state that supports them.

In Sudan there is a combination of more traditional workforces – like the Sudan port workers and rail workers and their enormous potential for disrupting the economy – and the newer unions of doctors and lawyers resisting austerity measures of the state. This kind of unity is also essential.

Building on this unity, how must workers fight? Rosa Luxemburg wrote her booklet “The Mass strike, the Political Party, and the Trade Unions” after studying the failed 1905 revolution in Russia. She describes how the general strike, by combining economic and political demands, has a revolutionary nature, and is the unique and most important fighting tool of the working class.

She says economic strikes (e.g. for higher pay) can influence political strikes (e.g. for the vote) and vice versa. She also notes how strikes that begin for seemingly small causes, can grow into broader, systematic protests:
“The workers’ condition of ceaseless economic struggle with the capitalists keeps their fighting energy alive in every political interval; it forms, so to speak the permanent fresh reservoir of the strength of the proletarian classes, from which the political fight ever renews its strength… the political struggle is the periodic fertilization of the soil for the economic struggle…And their unity is precisely the mass strike.”

And, of course, we saw this in Sudan where the uprising in Damazin State last December with protests over rising costs for bread, soon shifted into slogans against the regime itself: “tasgot bas” or “just fall.”

That means we need to take advantage of every opportunity to listen to what workers and the oppressed are saying and proposing, how their demands put capitalism on the defensive and how a fightback can begin or sustain the long process of building confidence, clarity and combativeness (“the three c’s”). The horrible objective realities of capitalism present one half of the equation of struggle. The role of revolutionaries is to fan the flames of the subjective side of the equation, to build a socialist movement from below, to unleash what Lenin called “festive energy.”

On the road to revolution there will be many stops for reforms along the way. But as Colin Barker wrote in Revolutionary Rehearsals, “A hard look at our real forces and weaknesses, nationally and internationally, is a vital precondition of future advance. So too is a critical consideration of other major opponents” including the politics of reformism. There are too many tragic examples from history in many parts of the world where, if only reformist strategies are used, there is a failure to obtain or sustain a workers’ democratic regime, especially if there have been compromises with the military. We cannot stop at reforms if we want to win the freedom and democracy that workers are demanding.

We need to challenge the role of the military and state security forces, who are currently at the same table as unions and other civilian organizations in Sudan. Not only is their military force to be considered, but also their control of huge amounts of the country’s land and wealth. As Anne Alexander notes, the question is can the uprisings create a “civilian state” without also taking on the ruling class as a whole, i.e. the corporations, their political parties, and the military? The pressure from the regional and international communities will continue to be huge to “get back around the negotiating table” whenever the masses push for class demands.

So it’s important to assess:  is taking part in (likely flawed) elections in three years’ time better than a boycott? Does it allow more time to win wider layers of the population to broader revolutionary goals?

This again raises the question of the type of democracy people want. At the height of revolution, ordinary people begin to transform society and themselves. This is also true of every democratic struggle we see around us today, whether it is workers on strike, or the fights to make the Sudanese military accountable for its many atrocities in the country, or to take back the farm land from foreign and military owners, or certainly the mass sit-ins that led to Bashir having to step down and for the military to enter into discussions with civilian forces.

At the highest points of struggle, people realize they can run society for themselves. For revolutionary socialists, the hallmark of genuine change is that it comes from below and is not imposed from above. Change is led by those who are exploited and oppressed, who create their own forms of democratic decision-making, as we see with the food and tea sellers in Khartoum, or protesters from Darfur and other regions. We do not look to smooth talking academics, supposedly progressive pundits, trade union bureaucrats, or political parties to make the revolution on our behalf. Indeed, historically, it has been reformist organizations and parties that have held back the fight during key points in revolutionary struggles. As the French revolutionary St. Just said “those who make half a revolution dig their own graves.”

There is much to admire about the organization of the tea sellers, the victories of the mass sit-ins, the determination of the people of Darfur and other regions, and the heroism of the local resistance committees. These developments have raised a broader series of questions that will need to be answered in the course of struggle:

Are these yet at a stage of organization and leadership where they can successfully make an offensive against the state? Is there yet the strength in the working class to sustain a general strike that is fully under the democratic control of those taking action? Does the movement yet put a priority on those Sudanese who are most oppressed and exploited, so they make their own demands for the kind of society they want to see?

Are there the kind of organizations, like we have seen in the form of workers’ councils in other countries in other points in time, that not only oppose the state but are capable of running society without the military?
Will there simply be a replacement of the old bureaucrats with new bureaucrats, rather than these more democratic kinds of organizing that unite the workers with all who are oppressed?

Will the process of changing the state extend to the military itself, of breaking rank-and-file soldiers from their commanders? How can we link struggles by indigenous communities and workers here to those in Sudan, for example where mining companies are dispossessing people in both countries?