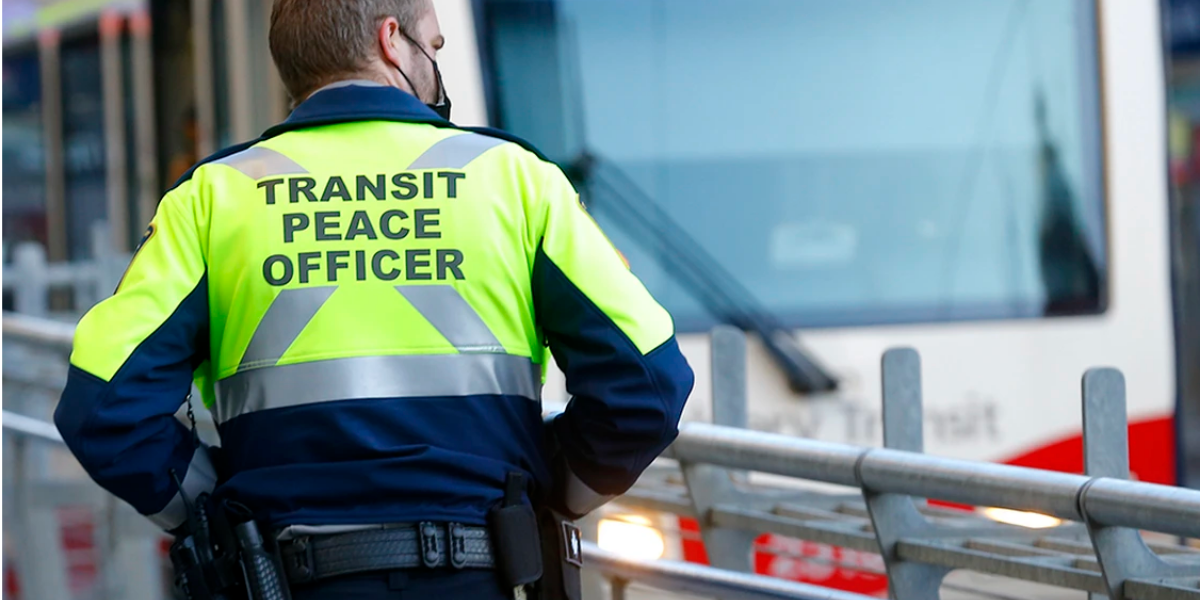 Police are straight up class enemies. Modern policing emerged with capitalism as a crucial weapon of capital against the working class. Its purpose is, as it always has been, to repress working class movements and resistance, to secure conditions of exploitation and accumulation for capital, and to reinforce racism and settler colonialism. Yet some working-class organizations have failed to learn this existential lesson—despite histories of police violence against workers, in strike breaking and union busting.

The ongoing movements for police abolition, led by racialized working class people, have revived concerns over keeping carceral forces out of labor (cops) and/or getting them out of labor (prison guards). Movements have also pushed to stop unionized workers (parks and city workers) from working with cops to target poor and unhoused members of the working class.

Less attention, though, has been given to the actions of unions (especially supposedly progressive or “social unions”) pushing for increased and intensified policing of the working class—particularly policing that disproportionately harms poor and racialized working-class people.

During the second week of 2022, two unions in Edmonton, Amalgamated Transit Union Local 569 and Canadian Union of Public Employees (CUPE) Local 30 (representing some City of Edmonton employees) put out a public call for more cops, more cop equipment, and increased criminalization to “keep order” on transit. Transit union president Steve Bradshaw said: “There’s a need for more and better equipped peace officers, who have more authority to enforce the law, and the union needs support from Edmonton police.” The union heads blame police staffing shortages due to COVID for an anecdotal (but unverified) rise in crime and “social disorder” on transit.

Bradshaw also suggested they are working with the police “to explore increased equipment to help peace officers manage crowds.” Any unionist worth the name should know that at some point the crowds to be managed will be your own members during a strike. This is nothing less than an anti-working-class collaboration with cops.

Sadly, this is nothing new coming from some transit unions. In one of the years I was a delegate to the BC Federation of Labour, Unifor locals brought a proposal to the floor calling for increased criminalization and tougher punishments for people creating disorder on transit. Numerous delegates, from various unions, stepped to the Pro mike to speak in favor. I was the lone person at the Con mike, hoping to argue against relying on the state to target working class people, and ready to outline how this would disproportionately harm poor and racialized working class people. Despite federation rules that Pro and Con speakers should be heard from alternately, outgoing fed president Jim Sinclair refused to acknowledge me at the Con mike. Several delegates shouted at him to let me speak. He never did. The question was called, the vote taken. It passed.

The BC Fed appeal came even as Translink (Metro Vancouver transit) operates a large and expensive transit police force whose job is to repress. The Transit Police budget for 2019 was $39,907,472 and the transit cops are very happy to tell you of the increase in arrests each year. They are a force for criminalization of poor people and they are, like other cops, a lethal force. In December 2014, a Metro Vancouver Transit Police officer in Surrey, British Columbia shot and killed Naverone Woods, a 23-year-old Gitxsan man in crisis.

Making an already awful look for the unions even worse, their calls for criminalization play into recent neoliberal city politician campaigns based on fear-mongering and poor-bashing against unhoused people and people who use drugs. The transit fear campaigns are another version of the discredited “broken windows” policing model, which promotes the false claim that low level activities, like graffiti or panhandling, lead to waves of extreme crimes like murder. Rudy Giuliani infamously pursued this model in New York City, and its main outcome was increased policing and criminalization of poor people and racialized communities.

The very week of the Edmonton unions’ call for increased criminalization, the Calgary Herald ran a fear politics opinion piece about unhoused people and drug consumption in Calgary transit stations. It described the presence of poor people in the station in panicked terms: “I recently saw some awful things that I can’t unsee, and I didn’t go to a foreign war zone to see them; I went to the Southland LRT Station” and “It was a night of the living dead at 7:15 p.m. on a Sunday in suburban Calgary.”

The writer offers a litany of urban fear politics (from strangers to dirt and garbage) before laying out some privilege: “It was -25 C, but I determined that remaining outside was far preferable to entering the circle of hell inside the building.” While it may be preferable for someone taking a short trip to see a show, it may be the only available means of survival for someone without a home to return to after a night on the town.

While cities are zones of social war, it is a war being waged one-sidedly by politicians, pundits, and businesses against the poorest working-class people. And it is having devastating, even deadly, impacts—from heat wave deaths last summer to threats of freezing to death this winter.

In the midst of the fear campaign, the City of Calgary announced that it will be closing some CTrain stations to the public, while nearly 200 people a night have sought refuge during an extended cold period in the city. This has seen temperatures drop into the -30s, with extreme cold warnings regularly issued by Environment Canada. The city declared that beginning January 10, several CTrain stations—including Southland station, the site of the panic op-ed—will be barred to the public between 10 PM and the start of service the following day.

These are acts of attempted social murder. It is the world the carceral unions are supporting.

We know full well how the carceral unionist calls will play out. A 2021 report by New York City transit think tank TransitCenter, shows clearly that heavy police presence on transit buses and trains has exacerbated racial disparities in law enforcement. They cite research from the George Mason University Center for Evidence-Based Crime Policy, by no means a radical outfit, confirming the disproportionate, negative, impact on riders of color: from October 2017 to June 2019, “Black and brown people accounted for 90% of fare-related arrests and 70% of summonses, according to New York Police Department data cited in the report.” The report also stated that Black and Latinx NYPD officers testified that they were instructed to target Black and brown riders and to ignore white and Asian riders who jumped a turnstile.

Other evidence exists. A study by the TTC concluded in 2019 that one of its fare inspectors engaged in racial discrimination against a rider in violation of the Ontario Human Rights Code. Yet another officer was found to have behaved in a “discourteous and unprofessional” manner towards a passenger.

More recently, the Ontario Human Rights Commission raised concerns about the TTC’s plan to increase the number of Toronto police officers on the transit system. The OHRC warned that this approach could mean an increase in racial profiling. Yet this is precisely what the carceral unions are calling for.

Abolition is the route to transit safety

This is not to downplay violence against transit workers. Workers should be healthy and safe at work. But more criminalization of the working class, especially poor people and people in crisis, will not increase workers’ safety or the safety of working-class communities. The carceral union calls for cops and criminalization suffer from the same illusions as such appeals do generally. They incorrectly assume that cops stop crime. They do not. Even less do they end social harms. Criminalization will only punish people and generalize harm after the fact.

Even without the violent and racist enforcement, transit fares themselves are harmful. In addition to increasing economic inequality and being inherently unjust (in charging for essential services in today’s cities) transit fares serve a part in breaking class solidarity and sowing divisions within the working class. They pit workers in transit against other workers who rely on transit, posing yet another issue of social necessity as one of lawful/unlawful on a pay-to-play basis.

TransitCenter researchers have advocated for a decreased focus on policing low-level offenses such as fare evasion or public sleeping, and an increase in unarmed peers trained to respond to homelessness and mental health crises. These though must be entirely separated from police, lest they become simply another form of layered policing.

Defunding police and developing social resources in housing, health care, harm reduction and income supports will serve to lessen social crises and conflicts. Research suggests in fact that decriminalization of low-level activities like fare evasion greatly contribute to transit safety. Do not hassle poor people who need a ride but cannot afford to pay (a bit of class solidarity already done by many transit drivers). Even better—make transit free and accessible. Expand service, especially in poorer working-class neighborhoods. This as much as anything will improve conditions for all on transit. And this can be paid for by defunding police, and defunding highly-paid transit administrators who push for the privatization of public services.

So, instead of misguided and wrongheaded appeals to more policing against the working class, which will only broaden social harms, unions should be focused on resources that lessen harms in workplaces and among working class communities in ways that will serve the health and safety of members, and all workers. This includes more power in the workplace and in workplace decisions.

The route to transit safety is not through carceral unionism that empowers the police, which start with repressing poor riders and end with repressing unionized workers. Rather, we need abolition unionism that empowers workers, supports proper funding, opposes fares and their racist enforcement, and builds solidarity between workers and riders to support the health and safety of all.