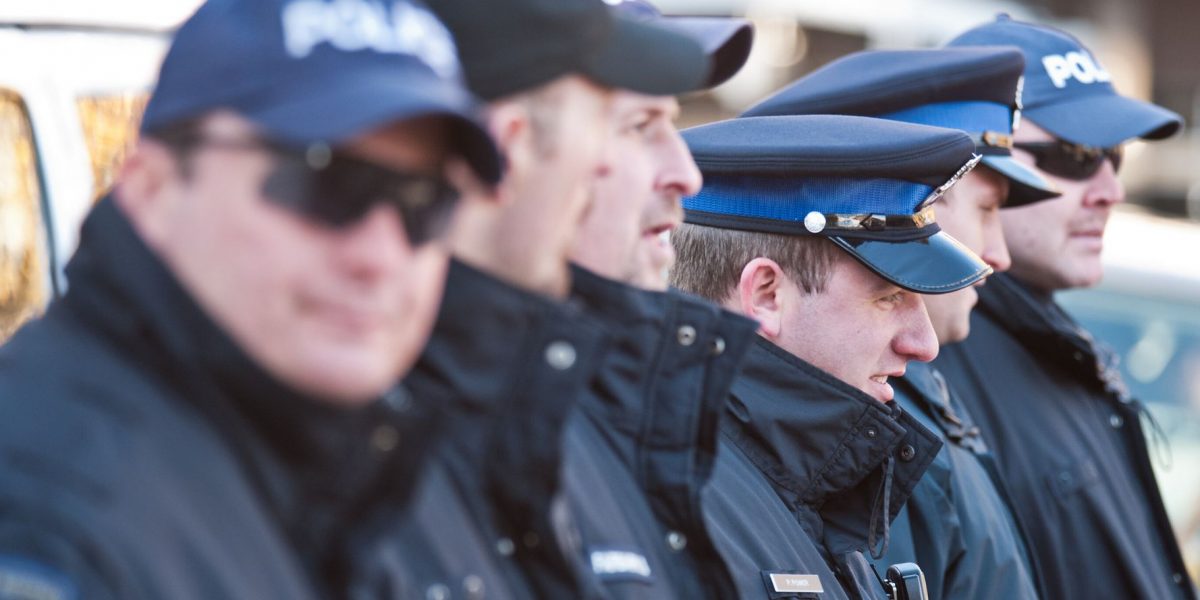 “When society places hundreds of proletarians in such a position that they inevitably meet a too early and an unnatural death, one which is quite as much a death by violence as that by the sword or bullet; when it deprives thousands of the necessaries of life, places them under conditions in which they cannot live — forces them, through the strong arm of the law, to remain in such conditions until that death ensues which is the inevitable consequence — knows that these thousands of victims must perish, and yet permits these conditions to remain, its deed is murder just as surely as the deed of the single individual; disguised, malicious murder, murder against which none can defend himself, which does not seem what it is, because no man sees the murderer, because the death of the victim seems a natural one, since the offence is more one of omission than of commission. But murder it remains.” – Friedrich Engels

April 28 is the Day of Mourning for workers killed on the job. This year, this event takes place in the context of a pandemic that has intensified workplace deaths, and growing movements to defund police. To prevent unnecessary deaths we need to challenge dangerous workplaces and dangerous police, starting with the myth that policing is a dangerous job.

The myth of policing as a dangerous job for cops

One of the most durable and potent myths about policing is that it is dangerous work. We hear these statements often: “they put their lives on the line every time they suite up”, “they’re under a lot of pressure”, “they face constant threats.” Yet among the most threatening health and safety issues for police officers, the Canadian Centre for Occupational Health and Safety lists: sitting and standing for long periods; noise; slips, trips and falls; and fatigue.

A study by Whittingham in 1984, one of the few to study the issue in the Canadian context, found that between 1975 and 1979 the homicide rates per 100,000 for police officers were substantially lower than for the general public. Indeed, the homicide rates for police officers were a minuscule 0.1 while for members of the general public the rates were 2.91. So it’s safer being a police officer that anyone else. Historically, a total of 234 officers with the RCMP and its predecessor, the North West Mounted Police, have died in the line of duty. Most of these were the result of accidents and natural disasters. The total number of RCMP officers shot and killed on duty, in a century-and-a-half. is 78.

Yet the “danger pay” for this personally safe work is huge. A recent survey of 4,500 Canadian police officers by Linda Duxbury of Carleton University and Christopher Higgins of Western University found that 52 per cent of cops earn between $80,000 and $99,000 and 38 per cent earn $100,000 or more. Statistics Canada data for 2017/2018 show that the average salary for municipal police officers was $100,962. This far exceeds the pay of most of the workers in the actually dangerous jobs in Canada: the average Canadian logger—the most dangerous job in Canada by many counts—earns a paltry $26,500 a year.

Workers killed on the job

Police promote and prey upon people’s fears of the scary, anonymous criminal, the bad person who seeks to harm us and against whom the police must always be armed, dangerous, and ready to kill (to defend themselves, of course). And to grow police budgets.

Yet people in Canada are consistently more likely to be killed simply trying to put food on the table or a roof over their heads. Twice as many people in Canada are killed carrying out their job than are murdered every year in Canada. In the Canadian context there are about five fatalities on the job per workday. There are typically more than 1,000 deaths each year in workplaces. Even more, there are about 15.5 cases of work-related injuries per thousand people employed in Canada. These are almost all avoidable deaths that occur simply because bosses are cutting corners and costs to increase profits. They are homicides.

According to statistics from AWCBC (Association of Workers’ Compensation Boards of Canada), Canada’s most dangerous industries have the following rates of workplace fatalities per 100,000 workers: 52 in fishing/trapping, 47 in mining/quarrying/oil wells, 33 in logging/forestry, 20 in construction, and 16 in transportation/storage. Yet nobody would argue that the great danger faced by workers in these jobs justifies or legitimizes their killing people because they are under pressure, exposed to dangers, or simply afraid.

The most deadly jobs are primarily blue-collar jobs. They are disproportionately done by racialized people, often migrants with no status and fewer rights. Even before the pandemic, workers with access to paid sick leave had a 10% lower hazards of all-cause mortality, 24% lower hazards of dying from heart disease, and 35% lower hazards of dying from accidental injuries. The pandemic has magnified the mortality of denying paid sick days—which has killed migrant farm workers, factory workers, and long-term care workers who are disproportionately racialized women.

Police not only do nothing to enforce workplace safety, but actively undermine the health of workers. Police are used to break strikes, enforce injunctions, evict workers from their homes, and help deport migrants. Police also perpetuate violence against those whose labour has been criminalized. Other jobs such as sex work are even more dangerous and sex workers subject to even higher on the job homicide rates. The horrible irony is that, based on conversations with sex workers and street advocates, a number of those homicides likely come at the hands of police officers but will never be reported as such or perpetrators identified let alone charged or convicted.

Yet cops use the “dangerous job” myth to justify killing poor, and disproportionately racialized, working class people (while doing nothing about the bosses responsible for workplace deaths). People have more to fear from police—and are far more likely to be killed by police—than police have to fear from people. And in settler colonial Canada, this violence, including lethal police force, is disproportionately deployed against Indigenous, Black and other racialized communities.

Unfortunately there is no systematic record keeping of people killed by police in Canada. And, as stated above, there is no way to gain access to or record people who have been killed by police in back alleys or on the outskirts of town (as in the so-called “Blue Tours” in which police infamously drop largely Indigenous people on the edge of town, in the snow, in the middle of a Canadian winter). So the numbers of people killed by cops in Canada is inevitably an undercount.  Still a few groups and individuals do try. Research done by myself and by the Coalition contre la Répression et les Abus Policier (la CRAP) suggests that since 1987 there have been at least 847 people killed through contact with police in Canada. That number would be more than the number of all police fatalities since 1865.

Police and their associations are not part of the working class, they are paid mercenaries for capital. They prop up a system that routinely kills workers on the job and in their communities, and absorb massive public resources doing so. The recent federal budget allocated a further $2.86 billion for police and $2.81 billion for prisons.

A CTV New analysis of policing costs in 18 of the largest Canadian cities, regions, and provincial capitals in 2020 reported that more than half directed 15 per cent or more of their operating budget to policing. For cities in Western Canada the situation was even worse, with police taking 20 per cent or more in. Victoria, Vancouver, Saskatoon, Regina, and Winnipeg. That study did not even include cities like Surrey, which uses the RCMP rather than its own municipal police, where the number is closer to 30 per cent. The Toronto Police Service operating budget for 2020 was a staggering $1.22 billion. In Vancouver, the police budget was allocated at $339 million budget, making up about 21 per cent of the city’s 2020 operating budget. The Winnipeg Police Service received $304.1 million, a whopping 26.6 per cent of the city’s operating expenses. These city figures do not take into account layered policing and additional costs put toward bylaw enforcement, street ambassadors, cop-involved youth programs, etc.

The lie of policing as a dangerous, risky, or threatening job is a political tool. It is promoted by corporate media, police associations, and governments to both justify and increase funding for forces (already the largest expenditure of municipal budgets) and to legitimize the regular and ongoing use of often lethal force against mostly poor, working class people from disproportionately Indigenous, Black and other racialized communities. It is an ideological mechanism in regimes of regulation and accumulation. And it allows them to arm to the teeth, shoot first, and ask questions later—and kill with impunity.

Defunding and abolishing police and prisons would improve the lives of workers by removing direct sources of violence and death, and by freeing up resources for real community safety. It would also shift the focus from imagined threats to the real killer of dangerous workplaces. On April 28 we need to mourn for workers killed on the job, demand immediate paid sick days for all, and then organize for a world of real workplace and community safety.