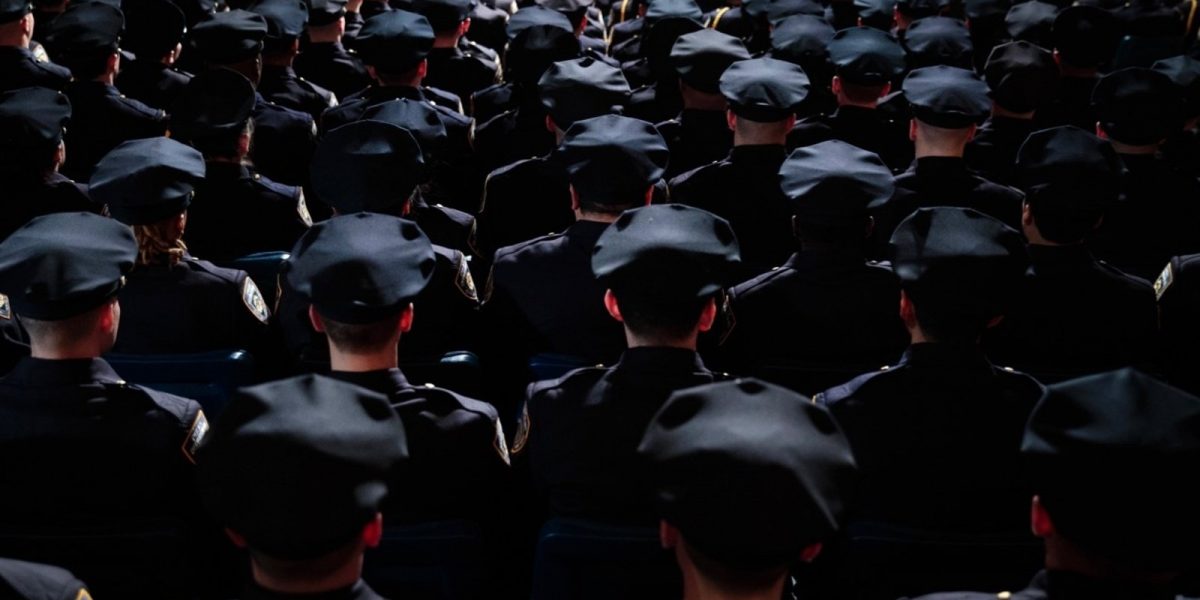 In response to community calls to defund police and fund necessary social resources, cities across the country have instituted “layered policing.” From Lethbridge to Saskatoon to Kitchener-Waterloo, these moves would actually deploy more police throughout the community, and embed policing in everyday social life. All while presenting a model in which social services are framed as policing functions (or policing “partnerships”).

Layered policing is not a reform, nor is it an alternative or new model of policing. It is expanded policing, reaching throughout community spaces and everyday practices, which has been widely deployed and developed in repressive contexts, such as the policing model in Surrey. Layered policing intrudes into streets, schools, malls, workplaces, and sports groups. It combines police with “crime prevention” volunteers, business-funded police (“street ambassadors”), and youth groups. In Surrey it has instituted the SMART Program (Surrey Mobilization and Resiliency Table), which embeds policing into housing, health care, income assistance, education and other services. This allows police to track people throughout a range of access to social resources. It hides behind a distorted appeal to diversity or “reaching vulnerable communities” in order to further police poor and racialized people.

While not new, it is clear that more forces are adopting this model as a sly way around calls to defund and abolish. Do not be fooled.

From defunding to refunding police

Last summer saw mass protests demanding the defunding of police alongside investment in communities. In December, Lethbridge city council cut the police budget by $1 million, but now the Lethbridge Police Service (LPS) is turning to layered policing models. While corporate auditing firm KPMG regularly calls for cuts to social services, their audit report for LPS recommended increasing the duties of Community Peace Officers (CPOs) and hiring more civilians to do police work. The KPMG review was couched in terms of reducing funding, suggesting the LPS could reduce costs by $1.6 million over the next four years through this layering of policing. But the the overall goal is not to defund and abolish police, bur “to use resources more effectively.” Over time, police functions will spread into social service roles, diverting money from social and community service resources (or making their funding contingent on police involvement).

In January of this year, the Region of Waterloo used calls for reform to request that the province amend the Police Services Act in order for municipalities to “direct or involve themselves” in the “activities and budgets” of their police services.” Councilor Sean Strickland identified the need for cities to move money from areas of policing toward things like mental health services. But this was contained within a framework of layered policing. Among the region’s proposals: “Adopt a ‘tiered policing system’ that would allow special constables and other police personnel to take on more responsibilities. The motion says that right now, the bulk of policing work in Ontario is performed by first-class constables and sworn officers, regardless of the training that’s needed.”

In February of this year, the Saskatoon Police Service (SPS) announced that “a new type of police officer” would be hitting the streets. The four new “alternative response officers” are described as being “a different tier of policing, while also saving the city money in the long-term.” According to the SPS, “These new members will be sworn in as peace officers under the provincial community safety officer framework and they’re going to be tasked with delivering public safety programming in instances where an armed police officer isn’t required.” As Saskatoon Mayor Charlie Clark said, “My main hope is that we really make sure that we’re getting the maximum value out of each of the parts of this tiered policing model by having them all work together, communicate actively between each other, and see how they can build on each other’s strengths.”

But make no mistake: these officers will still be involved in investigation and enforcement. And as layered police they can gain even deeper access to communities for purposes of surveillance, criminalization, and repression. The SPS estimates that the “alternative response officers” will eventually cost 10 to 15 per cent less than regular constables. While layered policing is posed as a cost cutting measure, it is really a means to expanded policing (and increased police funding). Saskatoon’s Police Chief Troy Cooper made this rather clear when he said that “while the officers were designed as an efficiency measure, their scope changed as the process developed” and these officers are “certainly are malleable” which is “the value of the program.”

Policing through social resources and services

Layered policing keeps police front and center in issues that community members have called for people other than police to do—such as health care, harm reduction, youth activities, etc. It keeps this work within a policing framework, while expanding opportunities for police to draw new or additional funding. As the SPS describes: “The new officers’ duties while walking the beat will include connecting with vulnerable people, finding the support people need through outreach and referrals, and regularly engaging with businesses and citizens.”

The KPMG report on the LPS specifically highlighted a citywide police collaboration to address the overdose crisis, which is, in fact, a crisis of criminalization. The report called for police to work more directly with “community partners” such as social workers and mental health workers. As in other contexts, this is a way to extend police reach, control, and funding in areas where police should not be involved, and the presence of police makes matters worse—even fatal.

Like much layered policing already deployed in other cities, there is an emphasis on addressing business concerns, or as SPS put it, using “this concept in the complex needs environment of downtown and Riversdale.” Layered policing is often used in contexts of gentrification, targeting people experiencing poverty and homelessness, low-level drug trade and drug use, and graffiti. It intensifies the targeting of racialized people—especially Black and Indigenous communities—which is already foundational to policing. In Saskatoon layered policing is being rolled out even as crime (already a limited and problematic frame) drops, even if fear politics and crime panics turn to so-called “public nuisance” behaviors.

Layered policing is a form of coopting calls for defund, while preserving and expanding police throughout communities. As Waterloo chief Bryan Larkin said, “people are calling on looking at doing things differently. It’s all great discussion and dialogue.” According to SPS Chief Cooper, “As we heard from the community about what they wanted in response, and reimagining the role of police, they fit that bill very cleanly.”

But this is not what communities are calling for. It is quite the opposite. First of all, layered policing means increased funding. In spite of claims of reduced costs, Saskatoon police commissioners still approved an operating budget of $104.2M for 2021, up from $99.6M in 2020. Secondly, layered policing means further movement of policing into areas in which they have no place (harm reduction, health care, housing, etc.).

In a distorted way, layered policing substitutes for actual social and community care positions. Rather than increasing the “efficiency” of police budgets we need to defund police and invest in real community safety. Rather than “reimagining the role of police” towards further criminalization and incarceration, we need abolition and reimagining society.