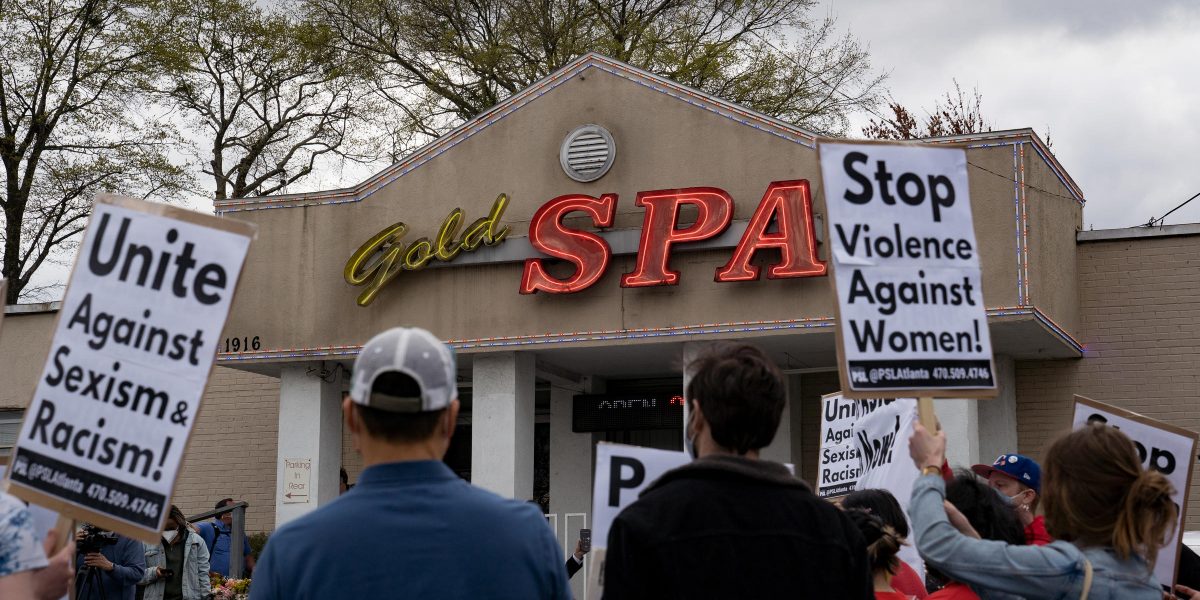 On March 17, a white man perpetrated a horrific attack on Asian women working in massage parlours, leaving eight dead. The murders shocked many and led to a widespread discussion about anti-Asian racism. The response has been nothing short of necessary. However, the rhetoric largely flattens the actual issues and nuance surrounding the attack, distilling the catalyst for the attack down to nothing more than a single hateful person reacting to hateful rhetoric.

The attack was not simply an attack on Asian people, but rather an attack specifically on Asian workers at massage parlours: workers who are mostly women, oftentimes migrant workers, and sometimes sex workers. Though certainly not all masseuses in these parlours are sex workers, the common perception of Asian spas and massage parlours (four victims were working at a business named “Young’s Asian Massage Parlor”) as places where sex work takes place needs to be factored into the discussion and the motivation for the attack. The perpetrator’s own admission of having a “sex addiction” and “issue with porn” and the remarkable degree to which Asian women are fetishized and objectified can’t be separated.

When this attack is discussed simply as a byproduct of anti-Asian racism in the past year, the discussion of violence is flattened. While inseparable from the past year’s wave of anti-Asian racism, the roots of anti-Asian and anti-sex-worker violence date back centuries. This attack follows from a long line of assaults, rapes, and murders against Asian women in similar situations. The state’s response to violence perpetrated by individuals—policing and prisons—has done little, if anything, to stem this tide of violence.

Not only does the state not keep Asian sex workers safe, but these numbers in fact point to the state as the perpetrators of anti-Asian, anti-sex-worker violence. The police are the ones who target Asian communities and sex workers, raiding massage parlours and spas to criminalize them under the guise of “protection.” Thanks to strict immigration controls and enforcement, the migrant workers who often work in these industries are left with little leverage to demand better working conditions or seek justice for crimes committed against them, lest they be deported. For most Asians, and especially Asian sex workers, racism comes in the form of state-sanctioned, structural violence.

The mainstream response to events like the ones that took place on March 17 frame racism as “hate,” as actions perpetrated by hateful people. The framing implies that racism is just misinformed or hateful people individually doing bad things. But this misses the broader structural racism that Asians are subjected to daily, and the specific ways that racialized women and sex workers are targeted for violence from individuals and the state. As Esther K. from Red Canary Song, a grassroots collective of Asian and migrant sex workers, was quoted as saying in The Guardian:

“Removing the anti-sex-work component really removes the crux of what this specific kind of racism is about: the fetishization of Asian women’s bodies…and the assumption that Asian women are obviously going to be providing sexual services at massage parlors. The conflation of massage parlors and sex workers without any nuance is very specific to anti-Asian racism against Asian women.”

The perpetrator at this time has been charged with eight counts of murder and one count of aggravated assault. One of the common points people are making is that this was a hate crime and should be viewed as such. While true, it misses the mark: is the designation of racism as a hate crime really the solution to racist violence, especially when police and prisons are primary actors inflicting violence against racialized women and sex workers through criminalization and deportation?

The state seems to have one solution to social issues, and that’s prison—but the prison time associated with eight murders didn’t dissuade the attack. Relying on the “hate crime” designation fails to address the roots of racism, and masks the state’s role in generating anti-Asian racism and violence.

Sex workers and others have been (and continue) organizing to dismantle white supremacy and its associated forms of violence, instead of relying on state institutions to undo the violence that they were created to enact and uphold.

If we want to stand with the Asian community, we must support these demands from those most impacted by anti-Asian racism―demands that take aim at the roots of the oppression and violence against Asian and migrant sex workers.

To say that the anti-Asian rhetoric that has been saturating mainstream media for over a year hasn’t played a factor in the Atlanta killings would be absurd. But to frame a generic form of anti-Asian racism as the main or only factor is an oversimplification of what transpired, and if we continue to discuss it as such, we are preventing ourselves from being able to move forward with actions, policies, organizing, and plans that could meaningfully prevent violence like this from occurring in the future.