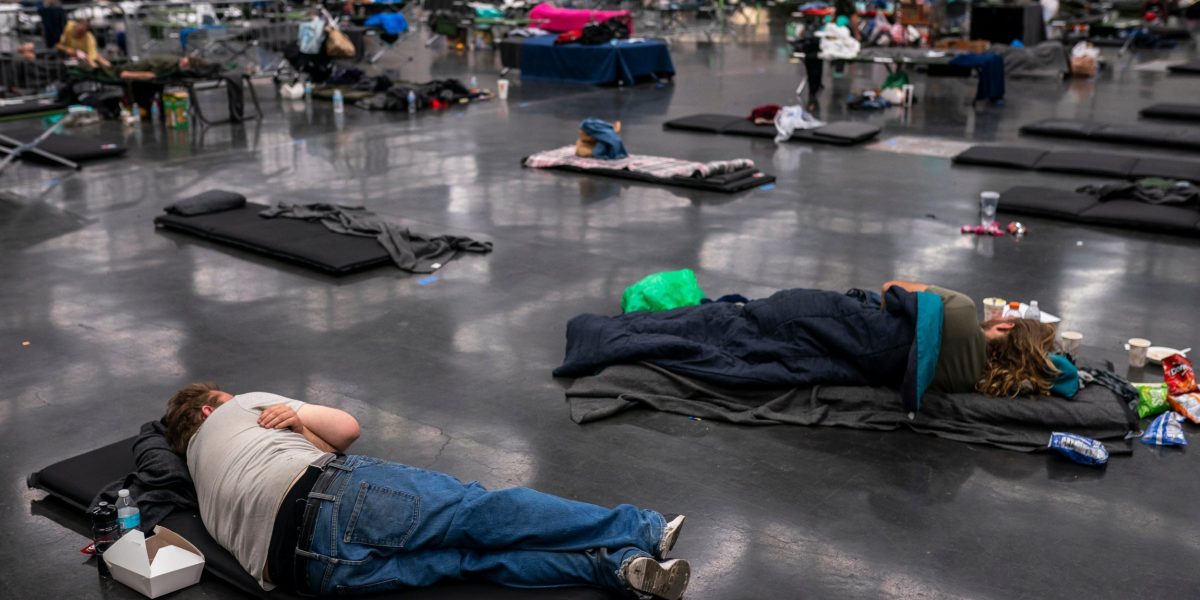 Over the last week of June and first week of July 2021, a so-called heat dome over much of southern and central British Columbia revealed the deadly convergence of capitalist climate change crises and the cruelty of government practice, resulting in hundreds of avoidable deaths. The heat deaths, along with the epidemic of opioid deaths, are not natural deaths—they are deaths of policy, and could be called acts of social murder.

In his monumental and magnificent study of working class life, labor, and death in Victorian England, The Condition of the Working Class in England, Friedrich Engels uses the term social murder to identify and explain the circumstances, made common under capitalism, by which “the class which at present holds social and political control [capital, the bourgeoisie] places hundreds of proletarians in such a position that they inevitably meet a too early and an unnatural death”.[1]

Unlike forms of interpersonal violence or so-called street crimes conventionally targeted by criminal justice systems, social murder is specifically carried out by economic and political powerholders against the exploited and oppressed. And it is done as part of the everyday, and licensed, operations of capitalism. Engels explains the term as follows:

“When one individual inflicts bodily injury upon another such that death results, we call the deed manslaughter; when the assailant knew in advance that the injury would be fatal, we call his deed murder. But when society places hundreds of proletarians in such a position that they inevitably meet a too early and an unnatural death, one which is quite as much a death by violence as that by the sword or bullet; when it deprives thousands of the necessaries of life, places them under conditions in which they cannot live — forces them, through the strong arm of the law, to remain in such conditions until that death ensues which is the inevitable consequence — knows that these thousands of victims must perish, and yet permits these conditions to remain, its deed is murder just as surely as the deed of the single individual; disguised, malicious murder, murder against which none can defend himself, which does not seem what it is, because no man sees the murderer, because the death of the victim seems a natural one, since the offence is more one of omission than of commission. But murder it remains.”

What was true at the time of Engels’ writing on the working class in Manchester remains true today. Criminal justice systems remain overwhelmingly, almost exclusively, fixated on so-called street crimes, lower level activities engaged in by working class people (often property crimes involving no bodily harm). Meanwhile, the often more deadly and more costly activities of economic and political powerholders are excused, escaping prosecution and punishment, or are even sanctioned by authorities. These social murders are acknowledged, yet no resources are deployed to stop them and the criminal justice system does not hold the perpetrators accountable.

The notion of social murder has undergone something of a revival recently, being used to describe a variety of harms caused or exacerbated by economic and political powerholders in distinct social contexts. Social murder has named high casualty events like the Grenfell fire, homeless deaths, drug poisoning crises, and, in my own work, workplace deaths.

After more than 70 people died in 2017 in a massive fire in the Grenfell Tower in London, UK, shadow chancellor John McDonnell asserted that the victims were “murdered by political decisions that were taken over recent decades.” He insisted that the people responsible for “social murder” should be held to account for their actions. When pushed to justify his use of the term murder, McDonnell expanded on his charge, saying:

“There’s a long history in this country of the concept of social murder where decisions are made with no regard to consequences of that, and as a result of that people have suffered. That’s what’s happened here, and I’m angry. I believe social murder has occurred in this incidence and I believe people should be accountable.”

He went further in identifying the nature of the social murder in question: “I think there’s been a consequence of political decisions over years that have not addressed the housing crisis that we’ve had, that have cut back on local government so proper inspections have not been made, 11,000 firefighter jobs have been cut as well – even the investment in aerial ladders, and things like that in our country.”

Social murder in BC: from overdose deaths to heat waves

In Vancouver, longtime Downtown Eastside activist Karen Ward has revived the idea of social murder to describe the deadly impacts of drug criminalization and the toxic supply crisis, which have resulted in more than 2000 overdose deaths in the past year alone. Ward and others point out that the awful death toll is not an opioid crisis, as is often claimed, it is a crisis caused by criminalization of drug users, safe consumptions and overdose prevention sites and failure of governments to provide, or even allow for, safe supply of drugs. In May of 2021, two spaces organized by drug users, one in Surrey and one in Chilliwack, were shut down by each city’s government.

Then, between June 25 and July 1, a staggering 777 sudden deaths were reported in British Columbia. This was triple the number that would typically be recorded in the province. In previous years, sudden deaths over the same time period ranged from 179 in 2016 to 232 in 2020. The largest jump in sudden deaths was recorded in the Fraser Health region, the area from Boston Bar to Burnaby. There, 344 sudden deaths were reported, a spike of almost seven-times the average for the previous five-years. British Columbia’s chief corner, Lisa Lapointe, reported that the province had documented only three heat-related deaths in the past three to five years prior to the heat wave. Lapointe stated that the heat wave was a “significant contributing factor” in the exponential increase in deaths.

Notably, many of the deaths recorded during the heat wave involved older people who lived alone. Many were found alone in apartments that were poorly ventilated, such as single room occupancy units. There was another crucial aspect of social murder in the heat dome. This was the under-provisioning of emergency health care services in the province. During the heat dome, ambulance wait times up to 11 hours were reported. In this, the heat wave deaths share some similarity with many deaths in the toxic drug crisis and in Covid-19. Many are deaths of poverty and deprivation. They are foreseeable outcomes of social inequality and government austerity.

“Death is a part of life” or let them eat smoke

In writing about government responsibility for, and responses to, social murder, Engels wrote:

“I have further to prove that society knows how injurious such conditions are to the health and the life of the workers, and yet does nothing to improve these conditions. That it knows the consequences of its deeds; that its act is, therefore, not mere manslaughter, but murder, I shall have proved, when I cite official documents, reports of Parliament and of the Government, in substantiation of my charge.”

These activities are sanctioned, given legal license, by economic and political powerholders who have determined that accumulation and profit take precedence over the health and wellbeing—the lives—of working class people. Who have determined that their deaths are simply part of life under capitalism: the costs of doing business. This includes governments that prioritize profit over resources and services that would improve working class health and wellbeing.

So how did the provincial government in British Columbia respond to ensure the health and wellbeing of working class people? Incredibly, Premier John Horgan, of the nominally social democratic New Democratic Party (NDP) stunned many, including supporters, by deadpanning that “Fatalities are part of life.” Horgan followed up by saying his government “didn’t know what to expect” despite the longstanding damage of climate crisis and more immediate warnings by weather analysis.

While governments have taken no responsibility for protecting the lives of workers, government agencies have extolled the ideology of “personal responsibility.” The British Columbia Centre for Disease Control put out a message stating: “Prepare for #wildfire smoke: Stock up on medications especially for respiratory conditions like asthma, use a portable air cleaner with a HEPA air filter to keep indoor air clean, and use a well-fitted respirator or three-layer mask outdoors.” The message seemed almost mocking in tone—a “let them eat cake” for the age of climate crisis. Many people responded immediately, and negatively, pointing out that this was a message aimed solely at wealthier residents who could afford health and wellness devices that poor people have no hope of having access to in the best of times, let alone in the middle of the emergency.

Thousands of poor residents in neighborhoods like the Downtown Eastside have needed these items for years but have no means to access or acquire them. Many live in older buildings lacking repairs and with poor air circulation to begin with. What were health services doing for them? What resources or alternative spaces being provided for them? The outrage levelled against them for their echoing of Marie Antoinette’s arrogance did not dissuade the BC CDC. In a tweet on July 17, the BC CDC offered this gem of class arrogance: “The best way to protect your health from #wildfire smoke is to seek cleaner air.”

A report by 27 scientists from North America and Europe blamed the heat dome on the actions of humans, as consequence of climate change. However, it is not humans as a whole who are responsible, it is specific human actors—those who own and control capital and the state, who sustain their regimes of planet-destroying production and exchange for profit. The state is an instrument of rule by capital. It cannot be expected to address harm by elites.

The evil that makes this social murder possible is collective. It is perpetrated by the colorless bureaucrats and technocrats churned out of business schools, law schools, management programs and elite universities. These systems managers carry out the incremental tasks that make vast, complicated systems of exploitation and death work.”

Dealing with social murder will come from the working class, organized for its own wellbeing. Some stirrings have come from health service workers and their unions. Ambulance workers say they warned management of the impending dangers of the heat wave and requested ramped up supports. The catastrophic consequences of the heat wave reinforced a sense of social murder and avoidable deaths. An ambulance paramedic started a petition to “Fire BCEHS COO Darlene MacKinnon” at Change.org. It called for accountability for the lack of adequate emergency services during the heat dome and for a change in management. The petition echoed claims from ambulance workers that the heat wave was largely predicted, and expected, but that despite this management did little to prepare for it properly. Almost 15,000 people have signed it.

IAFF Local 18, the union representing Vancouver’s Fire Department, took to social media to reinforce the calls for change from ambulance workers. In a Twitter post, they said, “BC EHS must be held accountable for the unnecessary deaths and we demand they improve supports for Ambulance Paramedics of BC.” This is a battle over priorities.