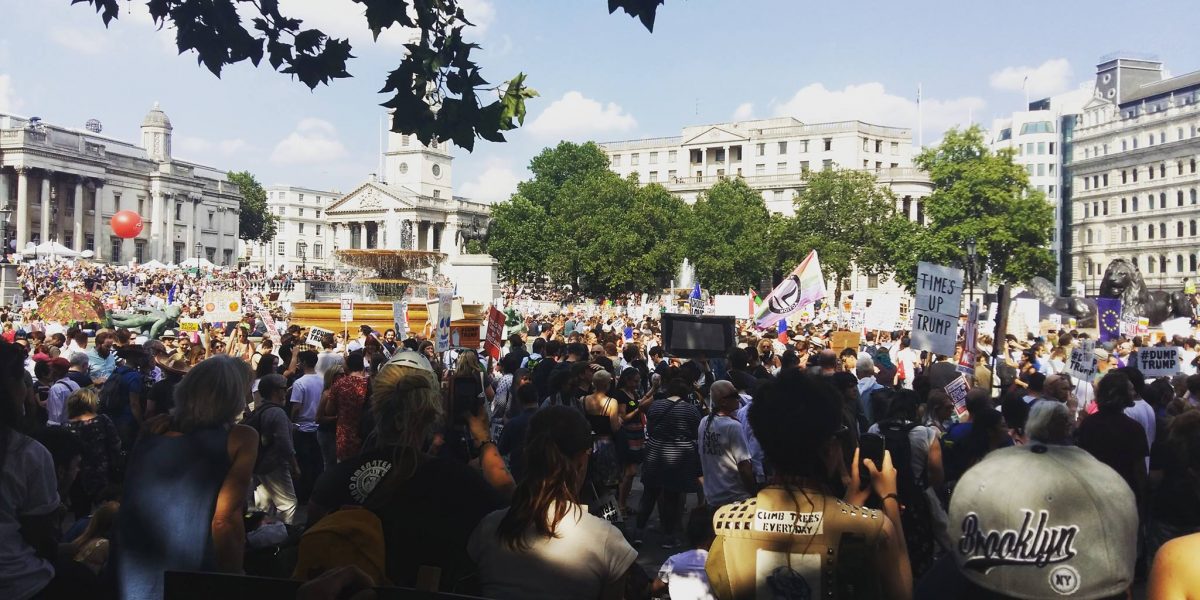 We live in a time of extreme inequality where the 1% extracts massive profits while the rest of us struggle through crisis. But the present state of the world is far from immutable, the working class has the power to change the world. As the revolutionary socialist Tony Cliff wrote two decades ago:

So how should we seize these extreme possibilities? Socialist theory and practice provide us with some helpful tools.

First we have to understand what is at the root of crises like the one we are now experiencing. Lenin noted it is a crisis of the ruling class which opens the realm of possibility for the oppressed to shake things up. As he remarked in 1905, “it is usually insufficient for “the lower classes not to want” to live in the old way; it is also necessary that “the upper classes should be unable” to live in the old way;”

As capitalism is always in a state of near and sudden crisis, these instances come around frequently. And as my fellow comrade, Rechev Browne notes “this pandemic should radicalize us. The inequality is so naked, and the priorities of the system so obvious, but an alternative is possible.”

We have seen this radicalization taking place on a massive scale. From the tremendous global protests against police violence, anti-Black racism and settler colonialism to the continued political upheaval in Lebanon, Nigeria, Chile and Guatemala. The ideas of radical social change have garnered a massive amount of interest. People recognize that the system is not working for them and are looking for alternatives.

There are many reasons to join a socialist organization. There are common debates and disagreements that might impact a particular organization’s praxis, but all must fundamentally agree that the activities of a revolutionary socialist organization must expand both the relevance and profile of revolutionary socialist politics. Part of this is acting as a ‘memory of the class’ – transmitting the lessons and histories of past struggles and connecting them with contemporary movements in order to both advance these movements, as well as reassess and refresh our own politics and traditions. That’s all well and good, but what does this concretely mean?

Firstly, socialists need to be part of movements on the ground, doing the day-to-day work. This doesn’t mean showing up at events in order to be seen or recruit people, it means building real relationships based on shared work and struggle. It means being willing to learn from others and while sharing our ideas and perspectives. Working together in movements is where the majority of people raise and build their political consciousness and start to challenge the ideologies put forward by the ruling class.

No one campaign or struggle is ever the same as the ones which precede it. So it is this involvement within movements that actually informs the evaluation of specific nuances of a tactic or strategy. Being rooted in and helping to advance movements not only helps to improve people’s material conditions, but it can raise the confidence and capacity of those involved. It also allows socialists “to evaluate the moods of its own class, the character of the labour movement leaders, the nature of the police and media, and so on.” It is in these instances that revolutionary theory can be put into practice.

Theory is of equal importance to practice, but one must be informed by the other. Theory that stays isolated to text is just as useful as practice without assessment. As Cliff writes “We have to learn from the past to prepare for the future… To lead is to foresee. In order to foresee one must have a clear theoretical understanding of the economy, society, politics, history, philosophy.”

Just as we spend time with our involvement with movements, discussing and debating ideas is important. By looking deeply into past events with a strong sense of meaning and optimism, a stronger revolutionary praxis can emerge. This does not mean that only those who can dedicate time to practice and theory are the leaders within the revolutionary socialist organization. Just as the working class carries a diversity of consciousness and inequality, so does a socialist organization.

Lenin wrote that a true revolutionary organization does not simply mimic the capitalist model of an organization. If the only dictates of revolutionary theory (or practice) come solely from the party leader then there is no practice of true democracy and building towards revolutionary socialism. The goal is to help build up each other as revolutionary leaders, taking time to connect with each other and providing opportunities for all members to carry out both the important duties of spontaneous actions and the day to day running of the group. This is the means by which we can increase the number of people with the political framework and confidence to lead in movements and revolutionary struggle.

In his History of the Russian Revolution, Trotsky wrote “Without a guiding organisation, the energy of the masses would dissipate like steam not enclosed in a piston-box. But nevertheless what moves things is not the piston or the box, but the steam.” It is the need for socialist organization to harness the work of ‘dedicated’ revolutionary socialists, as well the energy of movements. The importance of guiding theory and practice with each other is key for socialist organization. Without work rooted in movements, socialists become inward focused in a sect-like fashion.

John Rees makes sense of this concept by thinking of revolutionaries as part of a ‘chain’ of events – we’re part of the links within a whole range of events, peoples, and movements. A single revolutionary or organization could not possibly take control of other links, nor should it. As revolutionaries, we can examine and draw lessons from all past links, and help strengthen the next, and the next, and so on.

Through practice, through debate, and through publication, radical ideas can be molded, shared, and tested by the movement. It is our job as socialists to share and learn from the best lessons and practices from the struggle. This task on its own requires constant re-assessment, but it is the only way. We need to be rooted in movements and struggles, not simply because it makes theoretical sense, but because these movements and struggles themselves are or can be the expression of revolutionary struggle. Those fighting the good fight everyday are in fact revolutionaries, and we need more of them!

Today, we are faced with intersecting crises. The urgency of safe working conditions and paid sick days is literally life and death for millions. This, however, is just the latest link in the long chain of labour struggles. The lessons from the past are helping to shape the movements of today, giving us the best tools to grapple with the unique challenges we currently face.

The long standing history of anti-colonial struggle against capitalism is a brilliant example of how theory and practice together can provide the groundwork for building a movement that is based in historical debates, while adapting in both strategy and tactics to remain a powerful tool of resistance and and Indigenous sovereignty.

We live in an epoch of extremes. When our only options are ‘socialism or barbarism, the choice is simple. But how we get there is the question. Understanding that theory and practice must inform each other, and that was create a collective expression of this, is an answer to the massive question of ‘what is to be done?’