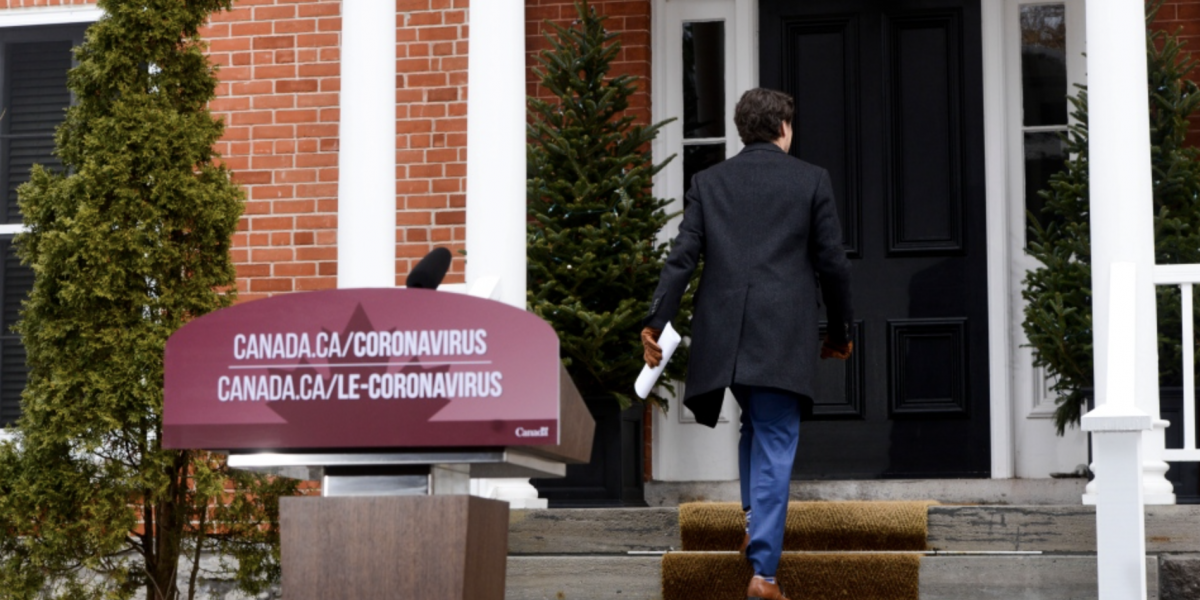 We are 10 months into the pandemic and case counts across the country are rising rapidly, yet provincial and federal governments have been unwilling to deliver paid sick days.

Paid sick days help prevent the spread of infectious diseases by giving workers the capacity and support to stay at home to rest and recover from illness. Unfortunately, 58% of workers across Canada don’t even have a single paid sick day, and this rises to 78% of workers who make less than $25,000– disproportionately women and racialized workers.

When workers do not have access to paid sick days they are put in an economically tenuous position of having to forgo their paycheque. For workers in precarious jobs this is hardly a choice at all.

Giving people the supports and protections to take care of their health will only benefit overall public health. The Decent Work and Health Network noted in their report on paid sick days that “In the United States, cities with paid sick days saw a 40% reduction in influenza rates during flu waves compared to cities without.” And states that expanded paid sick days during the current pandemic had 400 less cases of COVID-19 per day.

Back in May when the federal government was contemplating bringing in paid sick days, the economist Moshe Lander stated it could ruin productivity, and is “probably going to end up costing way more than it creates in benefits”. Lior Samfiru, a prominent employer side lawyer, spoke out publicly stating, “it seems to me that with the current economic situations and businesses struggling, (trying) to impose another obligation like that on an employer could be problematic…“I’m not sure that it (paid sick days) is really something that benefits employees in any way.”

Howard Levitt, one the more outspoken pro-employer lawyers, has relentlessly and publicly attacked the very idea of paid sick days. Levitt spins the myth that employees would “abuse” paid sick days and it would come at massive expense that would be highly damaging both to our economy and to Canadian productivity.

Of course, this is just nonsense meant to disorient and scare away support for paid sick days. As the Decent Work and Health Network report shows, jurisdictions that have paid sick days, like San Francisco which mandates 9 paid sick days, workers used an average of 3 and a quarter used none. Workers treat paid sick days like an insurance policy, and if there is any abuse of paid sick days it is from employers trying to cheat workers from their rights under the law.

While employer mouthpieces like Levitt drone on factlessly about the costs of paid sick days, what is missing is the massive cost of not having paid sick days. When workers show up to work sick in order to not miss a paycheque, not only does that increase the cost of public health, it actually costs employers because it increases sickness in the workplace and decreases productivity.

While the cost of not having paid sick days is high, the cost of providing is surprisingly slim: one recent study puts the cost at 2.7 cents an hour. There is no evidence that when employers are legislated to provide paid sick days that this leads to reduced hiring or a loss in hours.

This is why we should reject the notion the government should pay for paid sick days.

Employers can afford it and workers’ shouldn’t have to subsidize employers providing basic rights at work. It is disorienting and unhelpful when the federal NDP or some of its provincial parties say that the government should foot the bill for paid sick days.

In May, Trudeau said he was working “without delay, on ensuring that as we enter the recovery phase of the pandemic, every worker in Canada who needs it has access to ten days of paid sick leave a year.” In the fall the federal government expanded the Canada Recovery Sickness Benefit to include people who might be susceptible to COVID-19 because of a pre-existing condition or other illness, and to people who may have COVID-19 and need to isolate. The benefit provides up to two weeks of income support of $500/week.

Now, many assume that we already have paid sick days. But the sickness benefit is a retroactive subsidy that workers have to apply for after a week of missing 50% of their work hours, and is only temporary. While useful on its own terms, this is not the permanent and easily accessible paid sick days that workers need, especially during a pandemic when people need to self-isolate on the first day of symptoms.

Having permanent paid sick days, without requiring a doctor’s note, is something that every province could legislate immediately. John Horgan the BC Premier, who was talking a big game about the need for paid sick days earlier this year, has been curiously silent. Why hasn’t the BC NDP legislated employer paid sick days? In BC, which is seeing its case count rise, the NDP just won a majority government, and could rush through paid sick day legislation at any point–but has no far chosen not to do so. Likewise, when Doug Ford talks about taking the pandemic seriously, he could easily and with great support bring in paid sick days to help curb the spread of the virus–restoring the two paid sick days he cut a year before the pandemic, expanding it to the seven permanent paid sick days that all workers need, and providing an additional two weeks of paid sick days for public crises like the one we’re struggling through right now.

The fact the governments have chosen inaction and dithering over legislating employer paid sick days speaks volumes about how they value the short-sighted and narrow interests of business over workers and public health.

But the scale of the second wave is raising the obvious conclusion that we need urgent action on paid sick days. The Toronto Board of Health has called on the province to provide paid sick days, and in her new report Canada’s chief public health officer Dr. Thersea Tam called paid sick leave “essential to protect worker and community health”. Now is the time to pressure all levels of government to finally pass the most obvious workplace legislation required during a pandemic: paid sick days for all.

On December 1, join the Decent Work and Health Network and the Fight for $15 and Fairness in an action to demand paid sick days for all