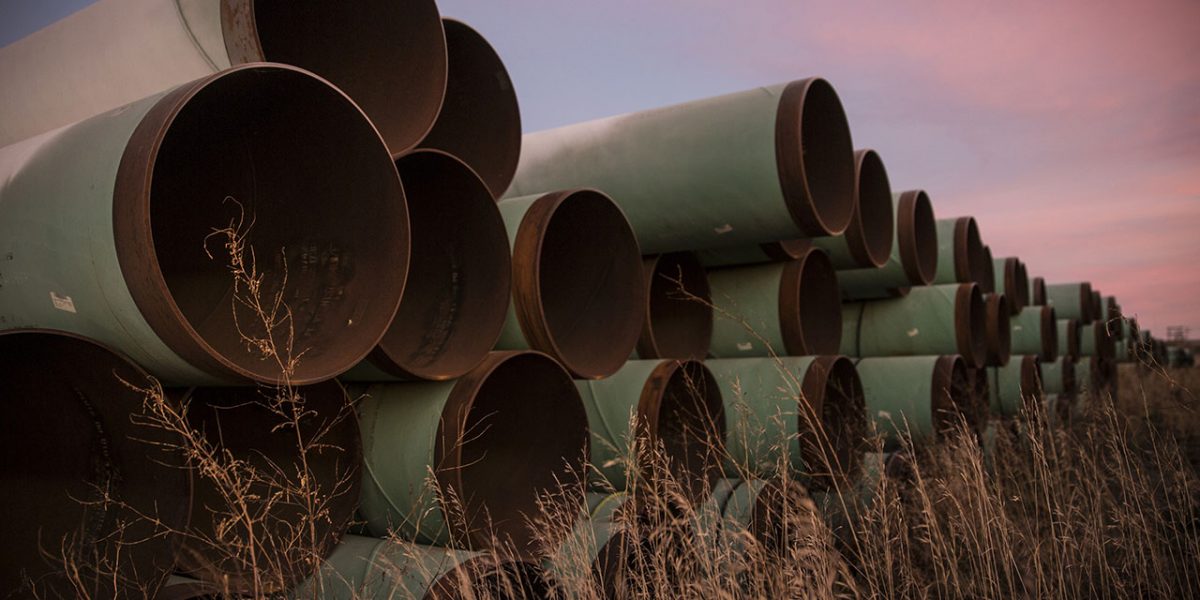 While the new Biden administration in the US has announced plans to cancel the Keystone XL, a pipeline project owned by TC Energy and the Alberta government, Canadian politicians remain firmly committed to pipeline construction and the fossil fuel industry.

On Wednesday TC Energy declared a stop to work on the project, following a wave of announcements by the new Biden administration. The cancelation of the Keystone XL should be celebrated as a victory by the climate justice movement. We were able to continually delay and halt work on the project across boarders. It was the actions and consistency of these movements, led by Indigenous peoples, that forced the Biden administration to make it a priority. While it may seem hard to get excited or see the positivity in a government committed to neoliberalism, these victories can offer confidence and help build leadership on the Left. It has always been the task of radicals to expose and take advantage of contradictions within capitalism and demand to raise expectations and build movements.

TC Energy is not just involved with the Keystone XL pipeline, they are also the same company attempting to push through the disastrous Coastal Gaslink LNG pipeline in BC. Rather than seeing Canadian companies and politicians make equally bold moves and start to look towards alternative solutions, Trudeau and others are simply doubling-down.

Canadian politicians have made it abundantly clear they are committed to the well-being of the fossil fuel industry. Alberta Premier Jason Kenney’s government has gone to great lengths to try and keep the KXL project afloat, just recently spending over $1 million contracting lobbyist and PA firms to garner support in D.C.

Likewise, the federal Liberals gave the oil and gas industry a $15 billion bailout nearly a year ago. At a press conference on Monday morning, Trudeau said little about climate change or the failing oil sands, only that “We’ve had a clear and consistent position supporting this project for years. Our government is making sure that Canada’s views are heard and considered by the incoming administration at the highest levels.”

The announcement of the end of Keystone XL was coupled with the Biden’s promise to re-inter the Paris Climate Agreement. The Biden administration has signalled that it may put a moratorium on oil and gas drilling as well as a strengthening of protection laws for sensitive areas. These promises show the traction that the climate justice movement is making. If any of these promises are kept they should be celebrated as victories, knowing full well that the impetus for these moves didn’t emerge from the Democratic party or capital. They were the product of movements.

So it is now up to us to maintain pressure on public officials to move away from projects which only destroy land and people in the pursuit of profit. We must continue to support the Wet’suwet’en and Secwepemc nations in BC, whose unceded territories and people are being ignored by both the federal government and provincial NDP. Building the CGL and TMX pipelines are no longer sustainable options for workers, for people, or for the planet.

Renew the fight for climate justice

Just as we saw mass waves of student protests and blockades across Canada in 2019 and 2020, we need to renew this spirit of indigenous sovereignty, climate justice, and equity. While there is much to celebrate, there is still work to be done. To do this, we need to continue the push against these polluting projects, while championing economic, social, and environmental justice. We have to see through the market-based solutions pushed by the very corporations and politicians who have sowed the seeds of climate chaos.

Our movements and campaigns are all inter-connected, and we must forge and strengthen the links between them. The fight for decent work and green jobs are battles to be won along labour, racial, and climate lines. Those involved in climate justice work should supporting workers struggles as related to their movement, and vice versa. A ‘just transition’ does not only mean the promise of fossil fuel alternative jobs, but safety and security in jobs that are currently underpaid, unsafe, and largely racialized. The pillars of the Green New Deal are still alive, but we need to fight for them.

We should certainly celebrate the cancelation of the KXL project. But we also should leverage this moment to ask why our own politicians in Canada remain tethered to the interest of the fossil fuel industry. We need to keep building the climate justice movement that will put pressure on our politicians and corporations to stop putting profits and pipelines before people and the planet.