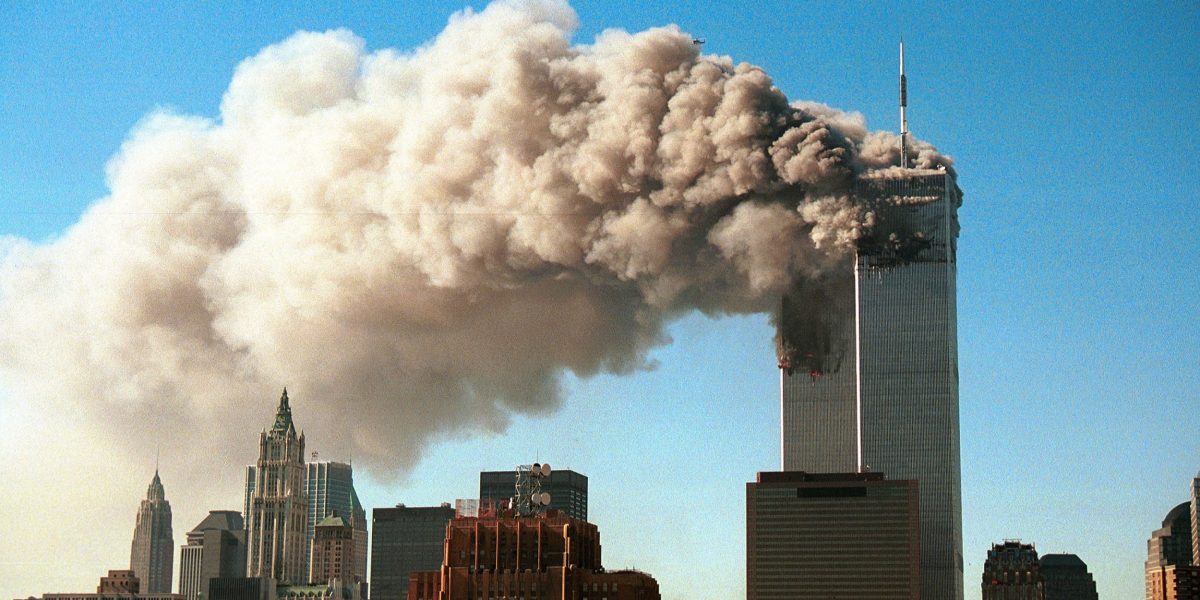 It is hard to fully describe the shock of 9/11. It was a horrendous crime. The days, weeks and months after 9/11 saw mourning turning into rage and reaction. Grief and fear were transformed into justifications for war and violence. The entire political needle moved to the right at lightning speed. The war on terror unleashed the terror of war.

Islamophobia grew by leaps and bounds as the media and politicians stoked xenophobia and racism. Government officials unleashed a wave of state sanctioned spying and repression on Muslim communities, which spurred further hate crimes. New laws gave the state new powers to police and surveil. State sanctioned torture programs were constructed and unleashed across the globe. The United States turned Guantanamo into a gulag. The Canadian Liberal government was an eager participant in Islamophobic attacks on civil liberties–subjecting Maher Arar to rendition in order to be tortured, and incarcerating Mohamed Harkat and others under secret trials.

While people were still in shock from the attacks on 9/11, governments launched wars. The next day, US Defence Secretary Donald Rumsfield was pushing for an invasion of Iraq. The US and Canada invaded Afghanistan despite the fact that the Taliban had offered to turn over Bin Laden. Western governments invaded and occupied, under the mantle of women’s liberation and progressive nation building. Former Liberal leader Michael Ignatieff claimed that for Afghans, “their best hope of freedom lies in a temporary experience of imperial rule.” But this silenced the voices of Afghans, like the Revolutionary Association of Women of Afghanistan, who opposed the NATO war from the start. As they warned, the rhetoric of imperial hope quickly turned into horror: the war and occupation killed and maimed civilians, tortured prisoners, destroyed infrastructure, and supported reactionary forces that continued to oppress women. As Canadian general Rick Hillier boasted, “We are the Canadian Forces and our job is to be able to kill people.” This was the only result of the war on Afghanistan: a brutal and sustained killing field, which killed up to 240,000 people.

The war unleashed on Iraq was even more brutal. The 9/11 attacks were used to justify the invasion and occupation of that country despite the clear lack of evidence that the country was involved in the attacks. The media gleefully beat the drums of war, dutifully echoing all the false claims that were used to build the case for invasion (from weapons of mass destruction to ties to 9/11 hijackers). Much was made out how western countries were bringing liberation, democracy and freedom. But they only brought death and destruction.

The only weapon of mass destruction was imperialism. In the years before the invasion, brutal sanctions had killed half a million Iraqi children. The invasion and occupation killed another million people, displaced millions more, carried out widespread war crimes and torture. Drawing from the tactics of US intervention in Latin America (including the previous 9/11: the US-backed overthrow of Chilean democracy on September 11, 1973), the US backed death squads and stoked civil war in Iraq. The military destroyed entire cities like Fallujah, while contractors made billions. All of this was predicted by those of us who opposed the war on terror.

But there was also mass resistance. Starting with the war in Afghanistan and growing with the threat of war on Iraq, a mass anti-war movement took to the streets around the world. It challenged western imperialism and the wave of Islamophobia and attacks on civil liberties that it provoked. After 9/11, Islamophobia was so widely normalized that even the term “Islamophobia” was denied. But movements against racism named and challenged Islamophobia to the point that it is officially recognized, even if government officials deny the role of state-sanctioned policies in fueling it.

The war on Iraq went ahead, but not without a mass anti-war movement. February 15, 2003 was the largest mobilization in human history, with millions marching on every continent (including Antarctica) against the looming war. As the New York Times put it, “the huge anti-war demonstrations around the world this weekend are reminders that there may still be two superpowers on the planet: the United States and world public opinion.” This didn’t stop the US, but it did stop many other countries from joining the “coalition of the willing” in war on Iraq–including the Canadian government.

The Liberals did all they could to join the war. Canada had previously joined the 1991 war on Iraq, which had the backing of the UN, and the Liberals tried again in 2003. But the anti-war movement won the NDP to a position of “no war on Iraq, with or without the UN”, and the movement split the Liberal party. In Quebec, where the anti-war movement was the strongest, another mass demonstration in March of 2003 during a provincial election forced the federal Liberals to refuse to join the war on Iraq.

The global anti-war movement also built solidarity for Palestinian liberation, and support for workers in the Arab world challenging Western-backed dictators. A decade after 9/11 the Arab Spring erupted, toppling dictators and contributing to a world wide Occupy movement that challenged the 1%. Whereas imperial “regime change” from above only brings death and destruction, the Arab Spring showed that real regime change comes from mass movements from below. Western powers did everything they could to contain these movements–arming Israel and Arab dictatorships, and intervening in Libya as part of “Al-Qaeda’s air force”. But movements for a better world have not gone away–from the revolution in Sudan two years ago, to the recent Palestinian uprising and global solidarity, to the radicalization against COVID inequality.

Twenty years after the 9/11 attacks it is easy to forget the real lessons of the war on terror and the antiwar movement. The war on terror wasn’t a mistake, it was a conscious effort by the ruling class to assert geopolitical and economic control. It was naked imperialism. And like all wars it bred reaction and racism at home and abroad, and it weakened workers and empowered bosses. But the past 20 years have also shown that mass movements can challenge Islamophobia, stop governments from going to war, build solidarity across borders, and bring regime change from below. These movements raise the possibility of revolutionary change, to end this system based on imperialism and racism and bring forth a new world of peace, democracy and equality.