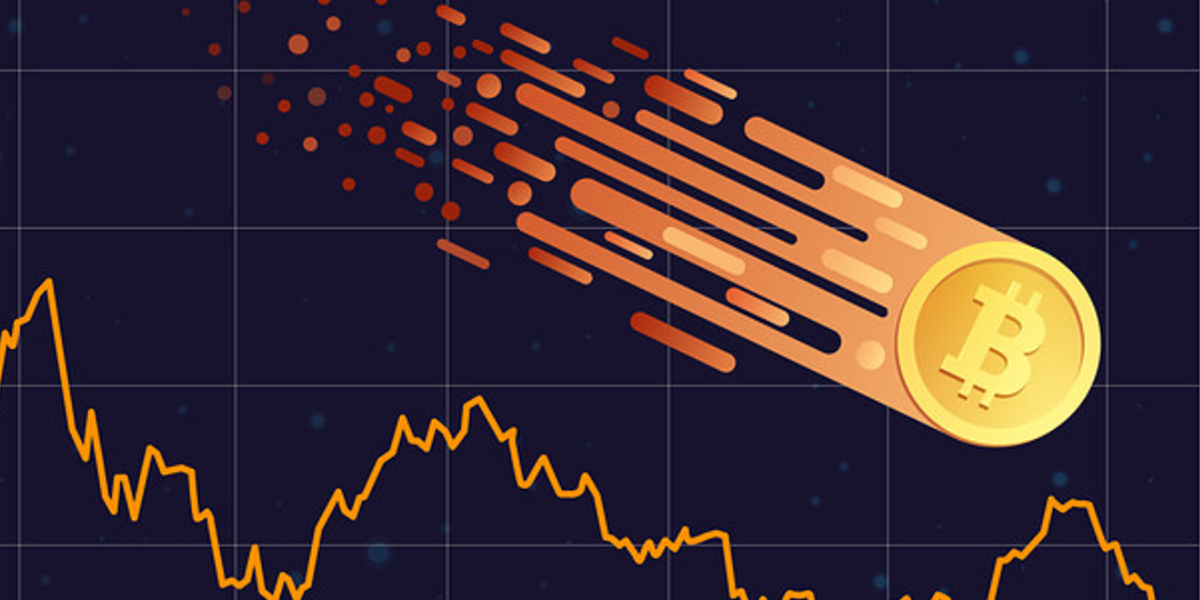 When it peaked in November, the cryptocurrency, or crypto, market was valued at approximately $3.1 trillion USD. As of this week the valuation of the crypto market has more than halved, standing at $1.3 trillion USD.

Retail and institutional investors who bet on crypto have taken a significant hit and many people drawn in by the allure of crypto have been outright swindled. Panic in the stock market is spreading, with all major indexes seeing their biggest drops since 2020.

The collapse of cryptocurrencies, even of supposedly stable coins like Terra (which was pegged to the US dollar), is not an isolated hiccup. Other popular speculative assets like NFTs and “meme stocks” have come crashing down over the last several months.

So why are these investments now circling the drain? It is not that investors have suddenly wisened up to their speculative nature. It is much simpler: the spigot of easy money that drove the speculative frenzy in the first place was tightened.

In 2021, crypto went mainstream. Big money investors like Tesla poured money into the currency  while big hedge funds and banks like JPMorgan Chase (JPM) and Morgan Stanley opened the door to crypto investments. Arenas were named after cryptocurrencies and well-known celebrities like Larry David and Matt Damon were hired to hawk cryptocurrencies.

But it wasn’t just crypto that was having a moment in 2021. Meme stocks also captured the imagination of the media, namely after Reddit investors drove up the valuation of rock-bottom stocks like Gamestop and AMC, signalling the supposed strength of small investors who were able to game Wall Street.

Simultaneously, Non-Fungible Tokens (NFTs) broke out on the scene. Social media was full of bizarre and weird images of cartoon apes that were supposedly worth thousands or hundreds of thousands of dollars. Celebrities were creating and marketing their own NFTs in an almost cult-like fashion.

Speculative frenzy was red hot that year. But crypto, meme stocks and NFTs weren’t just a bubble created out of thin air: they werethe perverse result of how the state and the capitalist class addressed the 2008 crisis.

When the financial crisis took hold as the banks collapsed throughout 2007 and 2008, the US federal reserve intervened to help stabilize financial markets. They cut interest rates to nearly zero, purchased troubled assets from investors and eventually undertook quantitative easing (QE), whereby the federal reserve buys up longer-term securities from the open market, which increases the money supply and incentivizes riskier investments.

Rather than being a temporary measure to rescue the market, QE and the easy money policy became the de facto monetary norm over the next 12 years. This recipe was followed by central banks and governments around the world. While workers struggled to regain their footing, the state ensured that markets were quick to recover. Easy-money policies were put in place in hopes that they would encourage business expansion and investment. What they really accomplished was the inflation of asset prices.

The 2008 crash revealed deep systemic problems for capitalism. Existing productive capacity within the capitalist system was far outstripping business and consumer demand. While the bailouts of the financial system may have rescued capitalism in the short term, it also prevented a clearing out of unprofitable firms. The result was an anemic rate of profit growth, discouraging investment in productive capacity. In turn, this depressed prices, productivity growth and wages for workers.

The economy slowed to a crawl between 2009 and 2020. But while workers were feeling the pinch, the ruling class was living large. Inequality skyrocketed to new heights. Banks, hedge funds and corporations leveraged these easy money policies to pump up equities. Corporations and hedge funds were incentivized to invest in riskier investments such as equities and venture capital, worsening housing bubbles and creating appetites for assets like crypto. Rather than build a new plant or update machinery in an existing workplace, employers leveraged financial markets to pump up their own stocks or chase risky ventures. This all seemed to be going swimmingly for capitalists until 2019, when the federal reserve started to pull back ever so slightly on cheap money policies by inching up interest rates. Almost immediately stocks and other speculative assets wobbled, causing central banks to reverse course.

The pandemic opened up the floodgates of easy money. Almost immediately central banks and governments poured trillions into the financial markets to avoid a crash. Interest rates were cut to zero and QE programs expanded, while governments poured billions directly into the pockets of employers. The markets were rescued while workers were left struggling, given only meagre income supports and protections. As the economic recovery began to pick up in the later half of 2020 and through 2021, easy money policies ballooned asset prices, the stock market reached record highs, the housing market boomed and speculative financial investments like NFTs, meme stocks, and crypto became media spectacles.

But the whipsaw from pandemic crash to recovery, combined with unprecedented easy money policies, created the conditions for greater than expected inflation in commodity prices. Prices for lumber, copper, and aluminium spiked, along with the demand for oil and gas. The global supply chain has been organized around a highly-precarious, “just-in-time” system in order to maximize profits, but the pandemic threw that supply chain model into crisis, unable to respond to these increased demands. The sting of inflation was not helped by the easy money policies of central banks and the massive fiscal bailouts handed out to corporations.

Add the spike in energy prices because of the war in Ukraine and by 2022, inflation in many countries has reached heights not seen in 40 years. While many countries recorded a significant GDP growth in 2021, it is clear the economic recovery is decelerating and has failed to reach pre-pandemic growth trajectories. The combination of a weaker-than-expected economic recovery and the prospect of high inflation — which early on was dismissed by some economists and central bankers as merely transitory — has forced central banks into action. QE programs are being rolled back and interest rates are being hiked.

But the pullback on easy money policies has exposed a real contradiction. To conquer commodity price inflation, central banks risk not only deflating asset prices but halting the economic recovery or even provoking a recession. And there is no guarantee that this will vanquish the spectre of inflation.

Turning off the taps of easy money has impacted the prices of the most speculative assets. NFTs, cryptocurrencies and meme stocks were purely the product of a system of awash in cash that was incentivized away from stable securities or investing in business expansion at a lower rate of return.

On its own, the crypto crash is unlikely to trigger a wider economic meltdown. But the conditions which caused the crash — the pullback of easy money policies by the capitalist class to control inflation — could easily result in a recession. If that happens, a central question of our time of crisis is sure to reemerge: who will foot the bill?