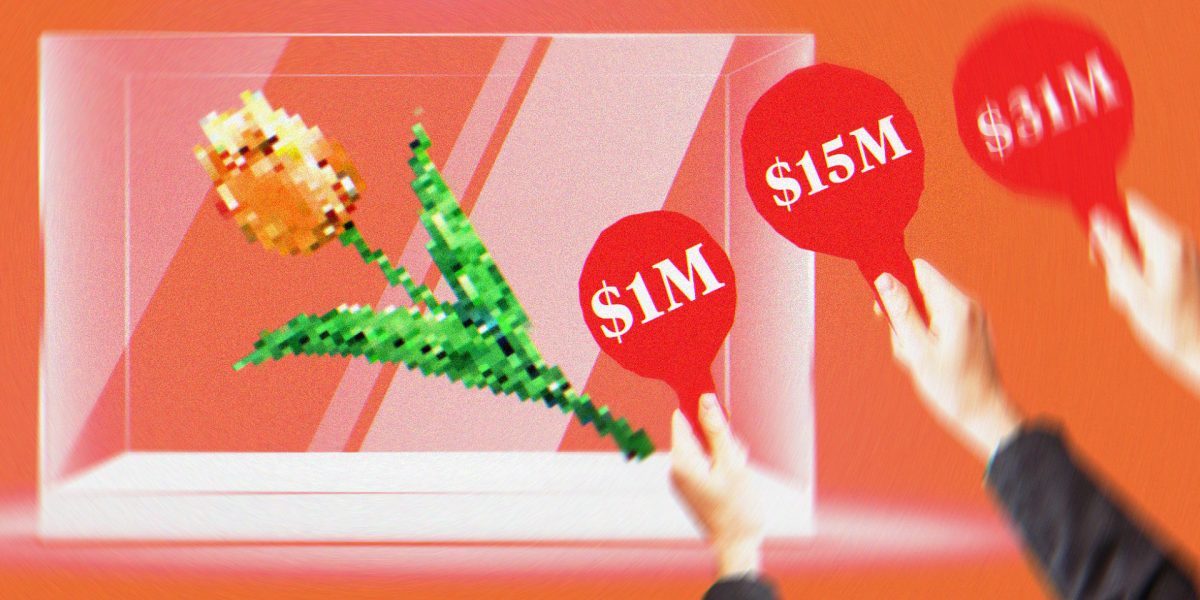 Non-fungible tokens (NFTs) are everywhere. Martha Stewart launched a line of NFTs on Halloween and has just released another set of NFTs for the holiday season. Ghostface Killah auctioned off NFTs on Black Friday. And major retailers like Macy’s rolled out NFTs tied to the holiday season.

NFTs have infiltrated popular culture and have become both a household word and an obsession of investors to the point where Collins Dictionary named “NFT” their word of the year. But unlike words that have been Collins Dictionary words of the year in the past — “lockdown” in 2020, “climate strike” in 2019 — when NFTs are mentioned most people guiltily admit they don’t really understand them. With seemingly anything able to become an NFT, its precise meaning isn’t immediately or easily clear.

The volume of trading in NFTs surged last quarter at over $10 billion. The number of unique NFT wallets grew by over 1000% in 2021. Recently an NFT that was simply a bad drawing of a monkey sold for $2.7 million dollars. With this much money and attention going into NFTs, we are left with questions about what they really are and what value they actually bring to society.

While NFTs are new, they represent something that is not. This commodification of our digital life is more than just a fad: it is a speculative frenzy that has its roots in capitalism’s contradictory economic recovery.

The rampant speculation driving the NFT craze is also pushing the stock market to dizzying heights, turning the housing market red hot and ballooning the valuation of tech companies. Simply put, the growth of NFTs are a product of cheap credit, low interest rates and a massive fiscal stimulus for the business class, coupled with a real lack of business investment due to overcapacity of productive forces.

Businesses are no longer investing in their workforces, jobs, or even the “real economy.” They’re speculating.

Non-fungible tokens were first created in 2012 as a form of ownership validation in blockchains. Before we get into exactly what that means, let’s discuss what a blockchain is. In its simplest form, a blockchain is a public notepad that anyone can add to. If I wanted everyone to know that my friend owed me $50, I could write it on the notepad and then when the time came that I needed that money, I could point to the notepad and everyone who also uses it could agree that my friend does, in fact, owe me $50.

One key concept in blockchain technologies is the concept of verification of the notepad. You don’t want anyone to just write down whatever they want on the notepad and claim that everyone owes them a lot of money. Different forms of the blockchain technology can use different verification methods, but the idea is that once it is verified, everyone has agreed it is the true list.

NFTs are chunks of computer code that are written to a blockchain in order to tell everyone that you own something. Anyone can create an NFT of anything digital, and when they do, a unique piece of code is created that represents ownership of that digital asset. Then a note is added to the blockchain saying that you own this piece of code and everyone accepts this. If anyone says that the NFT is actually theirs, all you have to do is look at the blockchain and see who the ownership code belongs to. NFTs are less about the actual art and more about this ownership confirmation. Rather than the art piece being transferred between owners, it is the note on the blockchain that is being bought and sold.

While NFTs have no doubt captured the interest of rich investors, they’re also sometimes marketed as a way to help artists. The claim goes that now anyone can sell their art online and make good money. But is that really their purpose? And what value is added to the world by NFTs?

For a comparison let’s look at the fine art market. The fine art market is an investment market for the wealthy that really took off in the 1980s. The rich invest in art in the hopes that their unique asset will appreciate in value. Some in the fine art market take pleasure in the prestige of owning rare and valuable art, while other art collectors simply stash their art pieces into warehouses. The art market is also well situated to hide or launder money.

The joy and pleasure of art bears little resemblance to art as a commodity. The art market treats art’s value as purely speculative. Like fine art, NFTs exist in a space where value is not determined by its actual benefit to society, but by speculation on its future value as an investment.

The artistic quality of NFTs is by most standards downright awful. While owners of NFTs try to pump up their artistic merit, it is hard to look at a subpar cartoon animation of an ape and not laugh. It is easy to wonder why anyone would see value in NFTs, whether it be a gif, a tweet or a cartoon.

When it comes to NFTs-as-ar, most people ask: “why can’t I just right click on it and save it?” This idea is grounded in the belief, and maybe the hope, that the art piece is the thing of value here. This is not true. You can save the art piece and view it as much as you want, but the value of NFTs comes from its spot on the blockchain and the ownership that comes with it. The owner of an NFT may not even have a copy of the art piece readily available and for many, that doesn’t matter.

Why NFTs are popular right now

Before the pandemic the economic outlook of the global economy seemed relatively healthy. Asset valuations were rising and unemployment was low, but underneath this facade of growth was shaky ground. Richer economies were struggling to encourage business investment, productivity growth rates were at historic lows, cheap credit and low interest rates encouraged stock buybacks and speculative endeavours, all while economic inequality rose.

When COVID hit, states swiftly and dramatically intervened with fiscal and monetary measures to prevent a full economic meltdown. Trillions of dollars flowed from central banks into the financial system via bond purchasing programs and mortgage backed-securities. States spent lavishly on propping up business via direct subsidies and loans. Interest rates were lowered to virtually zero. The system was awash in cash.

There is little appetite for large scale business expansion and investment in a private sector plagued by productive overcapacity and an anemic rate of profit growth. Why invest in expanding businesses or upgrading equipment when you can make far greater short-term returns on speculative assets?

This is what is behind the rise of NFTs, not any desire to compensate artists fairly. They are simply one among many speculative endeavours that are symptoms of the economic recovery strategy the capitalist class is pursuing. Unlike housing or stocks in companies that produce actual commodities — which themselves are part of a speculative bubble —  NFTs are completely divorced from any connection to the productive economy.

In this way, the rise of NFTs is not unlike past speculative bubbles. Marx understood this is a permanent feature of capitalism, noting,  “All nations with a capitalist mode of production are seized periodically by a feverish attempt to make money without the mediation of the process of production.”

This summer a NFT celebrating the 1637 economic crash, referred to as tulipmania, went on sale. One of the NFTs in the “Dutch Field Trip” collection that sold for $50,000 dollars is now listed for sale at 4.5 million. Another is listed for sale at $10 million.

This reference to tulipmania is more than a cheeky analogy: it is a cogent descriptor for the illogical valuation of NFTs. The expansion of commerce in the Netherlands in the early 17th century encouraged speculative investments in a range of products, most notably tulips.

Tulip bulbs were bought and sold at a rapid pace driving prices ever higher. Bulbs were sold and resold unseen a multitude of times. As one historian noted “the speculation intensified into a frenzy of what the Dutch called windhandel, literally trading in the wind; that is, buying or selling in futures without actual possession of goods.”

Until one day the music stopped and the prices came crashing down to earth. It is hard to say how and when the speculative forces driving the NFT craze will subside. But one thing is for sure, there is no use-value for NFTs outside of speculative ownership. They are pure speculation, a morbid symptom of capitalism and its thirst for profit — no matter how obscene.