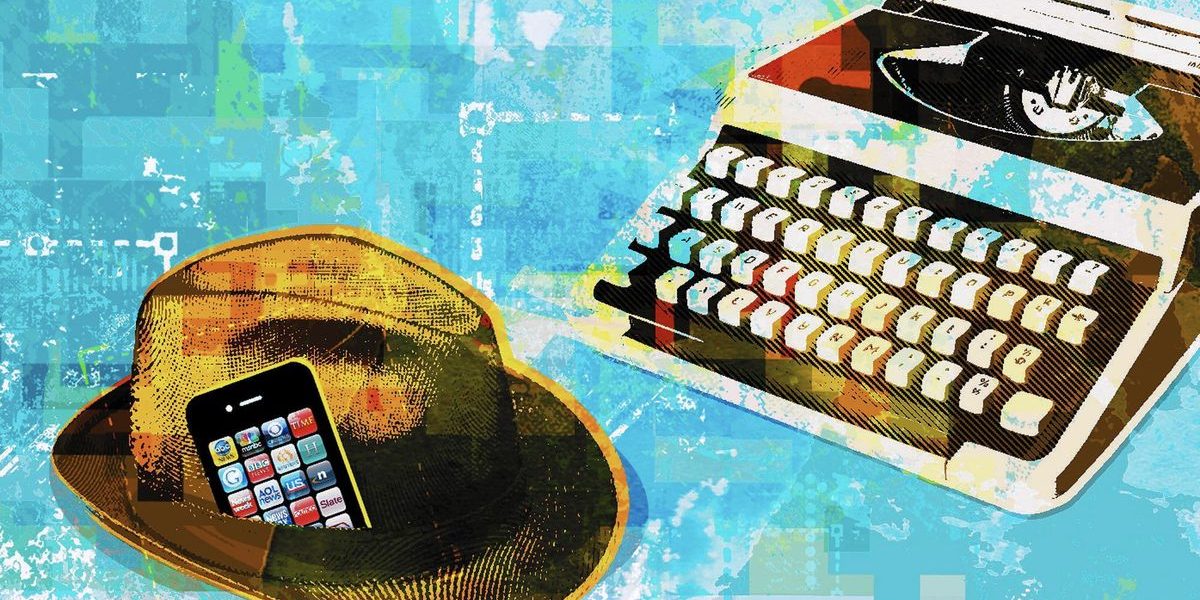 Capitalism is literally destroying our earth, along with the people. It’s certainly time for socialists to emerge as a global force, and time to expand and absorb more hearts and minds into social justice movements for a better world. Too many voices are unheard, believing self-determination is not achievable due to so many barriers. This includes myself, until I recently realized that writing down my experience and sharing it can make a difference. My voice joins not just with other journalists, but also with a wave of people who can digest and relate to what’s been written. Amplifying the voices of the oppressed, and opening minds and hearts for readers to envision solutions to heal the trauma of real-life, industrial-sized, world-wide oppression, is key. That’s exactly what revolutionary journalism does.

The best bullhorn, past and present, is revolutionary journalism. Women fighting for the vote in U.S. in 1853 had a publication called The Una. It was the very first publication for the women’s rights movement, owned, edited and published by women—including articles by Elizabeth Cady Stanton. How else could a women’s voice get heard since all the newspapers were owned and written by men. A woman establishing a newspaper was indeed a brave and revolutionary act.

So was the U.S. slavery abolitionist paper called The Liberator, and then The North Star by Frederick Douglass; or the Canadian abolitionist paper The Provincial Freeman, edited by Mary Ann Shadd Cary. Then Ida B. Wells helped establish the Free Speech and Headlight. Her first article was about the problems she encountered as a Black woman attempting to ride the train after buying her ticket. So many Black people in Memphis were able to relate to having experienced the same thing. Ida B Wells’ article about the train also clicks with me personally because one of my first articles for Spring Magazine was about the problems I encountered as a Black woman attempting to ride the subway train after I paid for my subway pass. From the first steam-whistle trains, to Rosa Parks on the bus, to the most modern subway trains, it’s been well over a century that many Black people still relate to similar harassments on public transportation and in general not being able to move freely as per the expectation and privilege of non-Blacks.

There’s also a supposed right to free speech, and it almost seemed as if we were free to write about our experiences. Except colonial capitalists were free to a higher degree to write the ‘Jim Crow’ laws that erased so many of our human rights, including the rights of a Black person to exercise free speech. BIPOC quickly discovered that speaking or writing our experience would result in serious retaliation such as being killed, or being jailed, terrorized, and deported. Losing our jobs remains the #1 reprisal. Plus, death threats never went out of style. We found out it’s not about how we say things, but who is saying it. It’s about who dares to stand up for their rights.

But still we have countless courageous, civil rights activists—including the famous ones we all know, and lesser-known but equally brilliant activists such as Claudia Jones. As a great revolutionary journalist in the 1950’s, Ms. Jones was charged, called into court, thrown in jail, and deported out of the country. Risking all of this, she was compelled to reveal the truth that Black women workers are triply oppressed by capitalism. Her writing this had nothing to do with any contest to find the most oppressed; she was just saying that all the issues are fully intertwined. Plus, author Audre Lorde added astutely that “There is no such thing as a single-issue struggle because we do not live single-issue lives.” Socialists agree that we can no longer afford to ignore one issue at the expense of another. Sexism, racism, and capitalism are the gruesome threesome of capitalist oppression, and intersect with other forms of oppression. All these unfair embedded systems intersect until we are caught in the same net so that the same members of certain societal groups are met with barriers at every step.

We’ve been deeply socially conditioned to think well-educated, well-paid scholarly elites and authority figures are “experts”. But as an attendee of the Anti-Black Racism Task Force of Ontario Professional Planning Institute, I discussed the urgent need to elevate the real experts: ordinary people with lived experience, who we need to listen to and encourage to organize.

Spring Magazine fully shares the bullhorn with myriad voices of workers/organizers on the ground. Workers network and connect to protect or support other workers. Problems become clear and sometimes solutions appear about how to fight back. The glaring problems include poverty wages, lack of paid sick days, temp agency abuse, lack of pay equity, biased hiring practices, and the lack of green jobs to save our environment. Socialist journalists comprehensively describe each issue so the public can understand and join the tactics and strategies we will use to collectively re-construct society.

Socialists want a better world. So we’re taking the blinders off (but not the masks as yet). We’re facing the truth about capitalism and pollution. We are communicating with the real experts who experience the worst of it, to start writing about it; and getting real experts to work together on real solutions. Revolutionary! It’s such a militaristic word, but that’s because of the strong but deadly war called global capitalism that’s been raging against us. Our survival can only come through equally militant resistance to industrial chains. We have a right to push back again and again as the 1% repeatedly legislate large portions of the BIPOC populace deliberately into harms’ way.

Socialist journalists aim to represent everyone from abandoned undocumented and migrant workers; to seekers of new Green jobs for climate justice; to racial equality activists; to union drive organizers; and all worker warriors against bosses and capitalist policies. We aim to encourage, empower and inspire workers to join the movement on the ground; and workers are moving bravely towards the change needed to free society from capitalist domination. It’s truly hopeful and exhilarating to be expanding with Spring and witnessing more writers become active revolutionary journalists.

Here are some reasons we appreciate this crucial kind of writing: