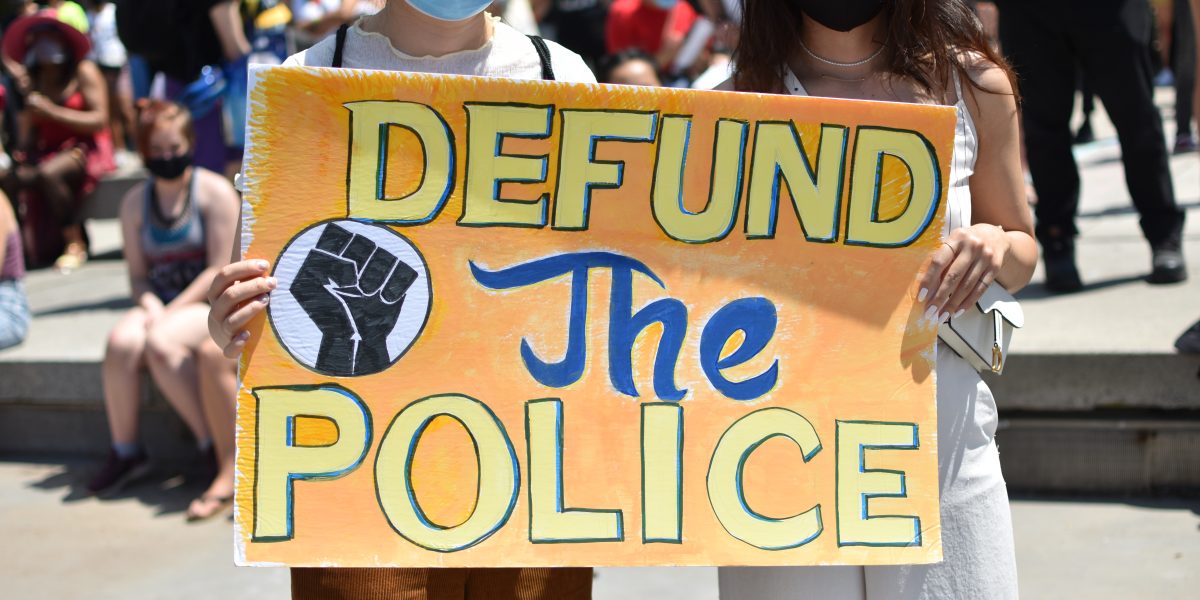 People everywhere are demanding an end to the problematic privilege historically prioritizing one race above all others, allowing unchecked cruelty and racism, and the dehumanization of non-white people.

Why are different areas in the Greater Toronto Area labelled as ‘dangerous areas’? Is it so that anyone can come in, target us with violence, and say that we and our children should be charged, incarcerated, or sent indefinitely to immigration detention centres. What we are all finally realizing is that the current system is designed to target us this way. What we are finally realizing is that the ruling class makes billions of dollars for putting us in prison. In diverse communities like Scarborough—and this has been highlighted during Covid-19—Black, Indigenous, and people of color are being targeted, criminalized, brutalized. This huge problem reveals an underlying racist system that never has to admit racism. So no matter how much sensitivity training is provided to police, their ultimate goal is to protect themselves from our so-called criminal element, and to protect themselves from all blame. What other employees get suspended with pay for murdering someone?

Plus there is a biased entrenched process of searching for ‘criminals’ using stereotypical assumptions about Black, Indigenous, and people of color. These biased and inaccurate assumptions use damaging ideas that come from many sources; mainly mainstream news & TV. Perpetuating these myths in real life all across North America and beyond ends up targeting people of colour to live daily within dehumanizing conditions.

While seeking regular public services, Black, Indigenous and people of colour experience crises situations that are historical, predictable and alarming. Many of our institutions including hospitals, schools, and public transit, are structured specifically to wield power over us in invisibly unfair ways daring us to even try to complain. Their systemic bias is their own brand of anti-Black racism that is further compounded by their legal entitlement to call in police to enforce their right to disrespect and squash our right to make a complaint.

The racist enforcement of transit fares

Two summers ago I entered the subway station using my Metropass, and a friend followed through the turnstile after me, but without swiping her Presto card. Two security guards burst out from where they were hiding to accuse me of using my card improperly. Even though I had properly paid my fare, they accused me of colluding with my white friend, saying it was me who must have encouraged her to evade her fare; even though she had her Presto card temporarily stuck at the bottom of her purse. She found it in front of the guards and wanted to swipe.

But they did not let her; choosing instead to fine each of us hundreds of dollars. Even though we cooperated, my friends’ husband kept telling them it wasn’t fair to ticket us and that this was harassment. In response to his demands the guards called the police! My fears of escalation grew as my friend’s husband continued to complain out loud about the unfair treatment. They fined us each $350.00 anyway. Ouch!! Mugged by TTC guards, plus the police poised to use lethal force against us!

In retrospect I’m thinking, what if my friend’s husband was a Black guy instead who was repeatedly telling police and guards to stop harassing us? How much time would a POC be tolerated in complaining before the police decided he was argumentative and resisting their authority?

Because my companion’s husband was not Black his protests were not automatically perceived as aggression; and this is the precise difference of why he was afforded the chance to not be arrested during a potentially volatile incident where a BIPOC would likely not have been afforded the same opportunity.

The racist policing of mental health

An actual near deadly experience was when a young relative of mine required mental health assistance. Without going into the details that led to our arrival at the emergency room, she became frightened and suddenly left. Never in such a situation before, I was desperate for a solution. The one and only option offered by the health care staff present was to call police to go find her.

She was tracked down on a city bus, manhandled and marched back to the hospital. Not guilty of anything but being terrified even more, but to the public looking like a person who must have broken the law. Even knowing she had not broken laws of any kind, still one of the cops was determined to verbalize his racist assumptions as he grabbed her aggressively and growled racial slurs at her on the way to the hospital. Finally releasing his tight grip on her arm, he pushed her in a chair and said she seemed like a smart girl who’d be better off putting more energy into her schoolwork. This officer was telling a ‘story’ about her without knowing that in fact she was a straight A student who had recently won academic awards and earned a scholarship to the University of Toronto.

The incident was clearly a mental health crisis, where a person needs specific compassionate health care? But, instead of guiding her helpfully, without aggression back to appropriate help, the police re-traumatized her due to the color of her skin. You can well imagine what could have easily happened if she had resisted out of fear. If I could only go back in time (for us and for all others who have tried to cope in this type of quickly unfolding scenario) I would say: please do NOT send the police! Police officers are not trained to help any people in this scenario, and are purposefully trained to heighten abuse and harm people of color. Why would guns be necessary? Instead send a professionally qualified mental health crisis team.

So as we consider the need to defund the police, we must ensure all our social service institutions like hospitals do not stay infected with the same patriarchal and racial bias. If we divert funding to public services with a history of wielding power in similar ways as the police, then that will NOT stop the brutality. Re-allocating funds to reasonable alternative services means ensuring these institutions get re-structured to provide the compassionate care that all humans deserve. Every citizen deserves to feel safe – not just the rich.

Defunding police should go hand in hand with abolishing racial bias. Re-direct at least half of police funding to other health and safety resources so that everyone feels protected, not just our bosses and the other entitled authority figures in the neighborhood. Any public service institutions slated to receive funds that once went to the police, would need serious long-term anti-oppression training. This appropriate training would ideally be facilitated by us, the community, playing active roles to represent and defend ourselves in a new health and safety endeavor.

It has always been capitalism’s economic crimes against the poor designed to keep us financially disenfranchised. All along leading to foreclosures and evictions that spell homelessness and trauma; or alcoholism, drug addiction, and hopelessness. These real crimes against humanity have long been ignored and dismissed with a normalized ‘blame the victim’ mentality. It’s time to defund, de-colonize, deconstruct and rebuild.