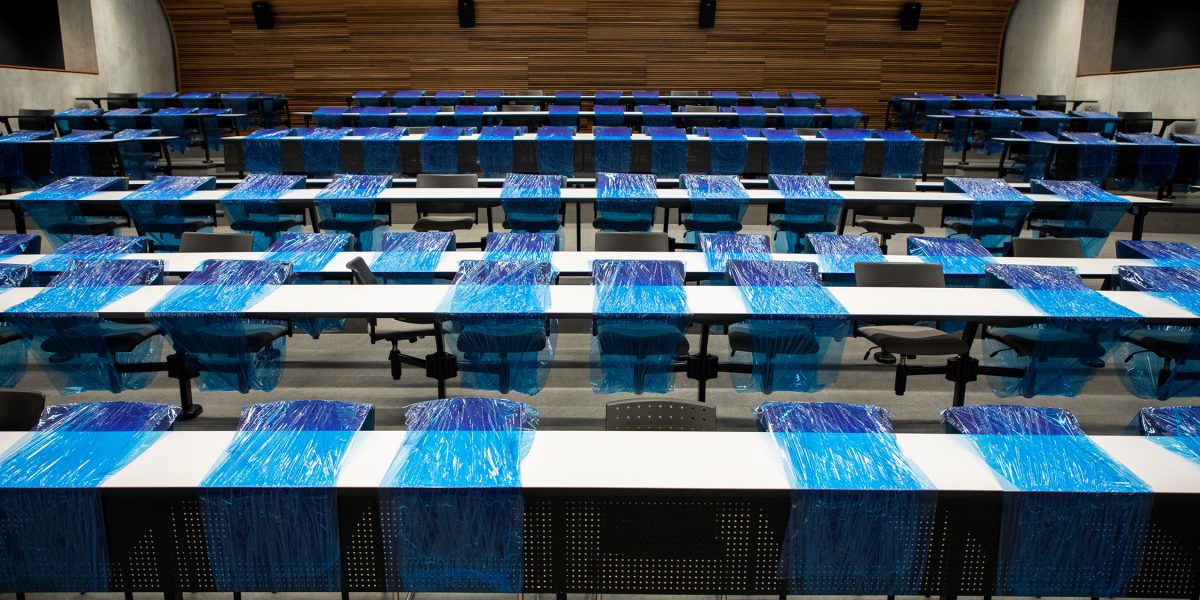 After years of continued budget cuts and neoliberal austerity in the education system being met with strikes from teachers and students alike — we are given bitter reminders of the disregard that the capitalist class and government officials have for the future of critical education.

Demands to defund police and prisons have drawn attention to the different priorities in government spending when it comes to police versus the education system. While cities spend up to billions without question on policing, schools are continually rushing to gather proper funding to meet their students’ needs. However, the decision to continually underfund schools is no mistake, it is deliberate. Public education plays a significant role in how we are socialized within the world, and what we do once we move on from its environment. When the structure of the school is deeply tied to our childhood and teen years, we must ask what it is they intend to teach us, how, and why. Just as the state is not a neutral institution, neither are schools.

Reducing funding to schools is only one of the many ways in which institutions control the knowledge and environment youth are exposed to. Students and teachers are given lacklustre resources while being expected to provide a proper, fulfilling education. In this sense, defunding schools does not necessarily mean that wealthy and corporate interests do not care for education — quite the opposite. They recognize the role that these institutions play in continuing to perpetuate the cycle of capitalism, imperialism and settler colonialism.

Both throughout history and the present, schools have reflected the social, political and economic climate, while simultaneously being a social safety net that must attempt to handle the consequences of these conditions. Schools and teachers are expected to provide services that extend beyond a classroom, whether it be food, clothing, mental health support, or counselling. While curriculums revolve around the promotion of capitalist values, it is this same system which undermines the power of the educational process, and the difficulties that students and teachers face.

The establishment of the education system in what is currently known as Canada was linked heavily to the beginning of the shift from agricultural work into the industrial, capitalist economy. In this same period, institutions were built to continue the ongoing genocide against hundreds of Indigenous communities through the government-sponsored residential schools that isolated thousands of Indigenous children and enforced colonial genocide. Colonialism has not only been consistently present in schools, but the education system itself has been integral in willfully erasing the history and violence of racial capitalism, and justifying subjugation in the name of empire.

It should not be of any surprise that an education system built by an occupying settler state continues to maintain colonial, imperialist and capitalist violence both through its curriculum and the very core of its environment. Calls for ‘neutral’ curriculums and educators are meaningless when ‘neutrality’ has always favoured the status quo and the violence of neoliberalism and racial capitalism. We must not underestimate the impact that capitalism and settler colonialism has on a school’s curriculum, the manner in which students are expected to learn, and the very layout of the buildings and classrooms they navigate. All of these factors serve to dishearten our ability to imagine entirely new ways of living amongst our communities and the world, outside of a settler or capitalist future.

‘Critical consciousness’ and the imagination

One of the leading authors in critical education and pedagogy, known for Pedagogy of the Oppressed, Paulo Freire emphasized capitalism’s insidious effects on repressing critical consciousness through what he deemed the “banking method” of education. The banking method treats students as objects separate from their environment and experiences, as mere ‘vaults’ into which knowledge must be stored by the teacher. Rather than critically engaging with the world to truly be able to understand and ultimately transform it (a process Freire called critical consciousness), the banking method of education encourages fatalistic disinterest to the conditions around us. This can still be seen in the standardized testing and percentage grades of the present, in which students ‘store’ knowledge with the goal of passing an upcoming test or raising their mark in a class. What would it mean to separate a students ‘success’ from the colonial, capitalist institution? What if people were able to critically engage with the knowledge they interact with, in order to enact real, tangible change in the world?

Freire’s theories concerning education continue to have a profound impact on how students navigate the school system today. The distinct connection between the banking method of education and capitalism allows us to consider the ways in which people are conditioned to accept (and perpetuate) institutional violence. Test scores and memorization are prioritized, with students continually being told schools are a ‘place of business’ that are meant to prepare them for the workforce. In short, education is turned into a business of ideologically grooming people into servants of capital and white supremacy. We are conditioned to accept that there is no future outside of capitalism or settler colonialism; that these conditions are a permanent, fixed reality. Students are conditioned to become ‘good workers’, accepting their role in a capitalist society, in which their value is determined on their ability to constantly labour.

Our collective and creative potential to imagine and act upon new ways of organizing within communities is intentionally discouraged. People are offered problems without being given a larger context as to why they exist in the first place, preventing them from being able to critically engage with issues. We are told that “poverty exists, so we must try to alleviate its effects as much as possible” (Or that poverty is a matter of personal choices). We are rarely told that “poverty is not normal but an intentional symptom of a larger system that does not have to exist”. The social, political and economic climate that we live in, along with their historical conditions, become mystified and hyper-individualized, steering criticism away from institutions and instead focusing on individual behaviour.

Another world is possible

I have heard both teachers and classmates alike declare that capitalism is bad, but that there are no viable alternatives. Similarly, when discussing the prison system with a teacher to whom I suggested abolition, I was immediately met with the response that “they definitely need to be reformed”. People recognize that there are contradictions within the violent institutions that currently exist—be it capitalism, settler colonialism, or the carceral complex. While our minds and bodies recognize that capitalism and colonialism violently exploit us, warping our ability to radically care for one another, we are instead conditioned to dismiss radical ideas without giving them any further thought. Capitalism has presented itself as natural, inevitable, and the only possible form of organization as a means of justifying its existence. It is thus a practice to continually remind ourselves that capitalism is not permanent.

Considering the implications of these contradictions is vital if we are to approach education in a truly meaningful, honest manner that prioritizes critical consciousness. Organizers have long been working to cultivate critical education spaces within their communities, outside of the restrictions that may be faced within the current school system. While it is evident that the creation of a liberatory education requires a revolutionary transformation of the economic climate, teachers, students, and organizers outside of the school system continue to cultivate spaces in which communities can appreciate the power of critical education. From understanding media literacy through an anti-capitalist framework to deconstructing and unlearning colonial, white supremacist history, these spaces provide the opportunity to consider education as a process that is not limited to the confines of a classroom. It is through popular and political education networks that people have been able to democratize education and understand that the educational process relies on collective power.

Capitalist miseducation encourages passivity, and discourages the unique, creative capabilities that humans have to critically problem solve and act upon new solutions. Radical imagination is discouraged and systematically suppressed specifically to prevent any fundamental structural criticisms and changes within our current social, political and economic climate. This fatalistic culture alienates people from their ability to actively transform the world they are a part of.

However, fighting to cultivate and maintain a liberatory imagination cannot be bound to slogans, but must be met with and created alongside concrete actions. We cannot merely learn about change, we must learn to change. Through both reflection and action, we can widen the scope of what we are ‘allowed’ to imagine, and cultivate new and wonderful possibilities for community. The world is not a static fact, but a living entity in a constant state of motion and becoming. There is always a possibility to radically transform our material conditions, and truly work towards the abolition of capitalist exploitation.