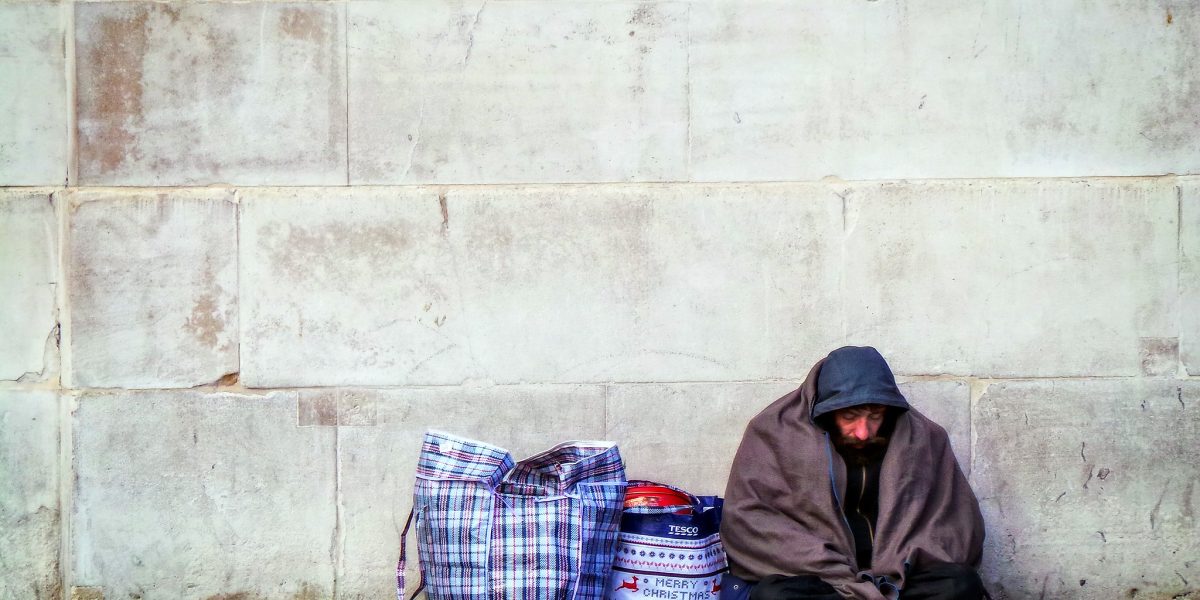 The global health pandemic has only seen an increase in capitalism’s inhumanity. While Jeff Bezos is on track to becoming the world’s first trillionaire (a word that my computer is convinced doesn’t exist), the international working class is suffering as we are being forced into or out of precarious and often dangerous employment situations. We’re being told to “stay the blazes home,” but for most, that is simply not an option. Moreover, the global population of people experiencing homelessness continues to be demonized and forced into increasingly unsafe circumstances.

Those without homes and vulnerable members of the street community have seen an increase in the criminalizing of activity and face vast uncertainty. This is emblematic of the system’s need to prioritize a surplus of readily available labour while also pathologizing its treatment of the homeless community to justify poorer working conditions. Services and access for these communities were not being met before COVID-19, and things have only gotten worse. Though shelters have been closing due to spacing and distancing, those left without these types of services have still not been given adequate relief. In Victoria, BC, residents experiencing homelessness who have occupied public parks and spaces are now being evicted on behest of the BC government, often with their belongings being thrown out. This included spaces set up with access to washrooms and which were able to meet distancing and hygienic needs. Members of the community have been split apart, with some going into rented hotels and others being moved from space to space, with no uncertainly given at all.

A letter drafted by the Pivot Legal Society, spells it out quite clearly. The BC government, and others like it around the world, are more focused on returning to ‘business as usual’ than adequately address these concerns:

“No one claims that providing emergency housing to homeless people during a pandemic is an easy task, but it appears this government is prioritizing rapid decampment over substantive considerations of health and safety; prioritizing the appearance of ‘project complete’ over the dignity of residents and solutions that are actually workable long-term. You are pressing forward despite intense backlash from the people on the ground, the very people you claim to be centering in this work… Contrary to their titles, the ‘Encampment Health and Safety’ Orders issued by Minister Farnworth contain no provisions for health or safety– they are strictly evacuation and enforcement orders.”

To put it another way, it’s not that capitalism is necessarily failing, but that for it to function as it must, it is built on the backs of those who suffer from it most. Most recently, a private disposal company was hired to throw out personal belongings, claiming that they are following eviction and public health orders.

This ‘project complete’ approach is not only dangerous and deadly for many, but goes against international human rights laws. The UN has also authored A National Protocol for Homeless Encampments in Canada. The purpose of the document is “to provide all levels of government with an understanding of their human rights obligations with respect to homeless encampments, highlighting what is and is not permissible under international human rights law.” It goes on to list key principles and recommendations.

Perhaps most telling is a small line in the document’s introduction, which simply states “Ultimately, encampments are a reflection of Canadian governments’ failure to successfully implement the right to adequate housing.” And these problems do not happen in a vacuum. Those who face historic and systemic forms of oppression are more at risk, such as people of colour, women, people with physical and neurological disabilities, and members of the LGBTQSA+ community. The document acknowledges these aspects throughout, raising the historic and ongoing oppressions faced by Indigenous communities in Canada.

“This begins with recognition of the distinct relationship that Indigenous Peoples have to their lands and territories, and their right to construct shelter in ways that are culturally, historically, and spiritually significant. Governments must meaningfully consult with Indigenous encampment residents concerning any decisions that affects them, recognizing their right to self-determination and self-governance.”

All of this is not to say that those with access to housing are not at risk. The US National Low Income Housing Coalition found that “The 2019 national housing wage is $22.96 for a modest two-bedroom rental home and $18.65 for a modest one-bedroom.” This means that someone earning the US federal minimum wage ($7.25) would have to work over 100 hours a week in order to afford the average one-bedroom rental, which is about 2.5 full-time jobs. Someone earning twice the minimum wage ($14.5) would still come up short for a one-bedroom rental.

Low wages, combined with precarious employment and a lack of affordable housing, means that more and more people are unable to pay rent. These jobs disproportionately affect marginalized communities, as capitalism uses oppression to increase the rate of exploitation. A report by the United Food & Commercial Workers Union noted that women employed in Ontario earned, on average, 68 cents per dollar earned by a man in 2014. In a recent study by the Canadian Centre for Policy Alternatives, racialized women earn only 59 cents per dollar earned by a white man, and racialized men earn 79 cents, and lower pay for racialized immigrants persist intergenerationally. The exploited and oppressed of the world have been made to pay the price not only for the COVID-19 crisis, but capitalism as a whole.

There have; however, been solidarity actions and stories of frontline workers shared. Many are pushing the government to provide housing and decent work. Rent strikes and tenant organizing are showing the way forward with incredible acts of compassion and unity, and many more are looking for alternatives outside of capitalism itself. By fighting for better global working conditions, increased access to resources and safety for the homeless community, we can start to see the cracks inherent to the system, and what we can replace it with. We can create a world that does not rely on the oppression of others, a world where all humanity is given respect and knows that each person has a place, a world where all of us are valued as people, and not a cog in the (breaking) machine.