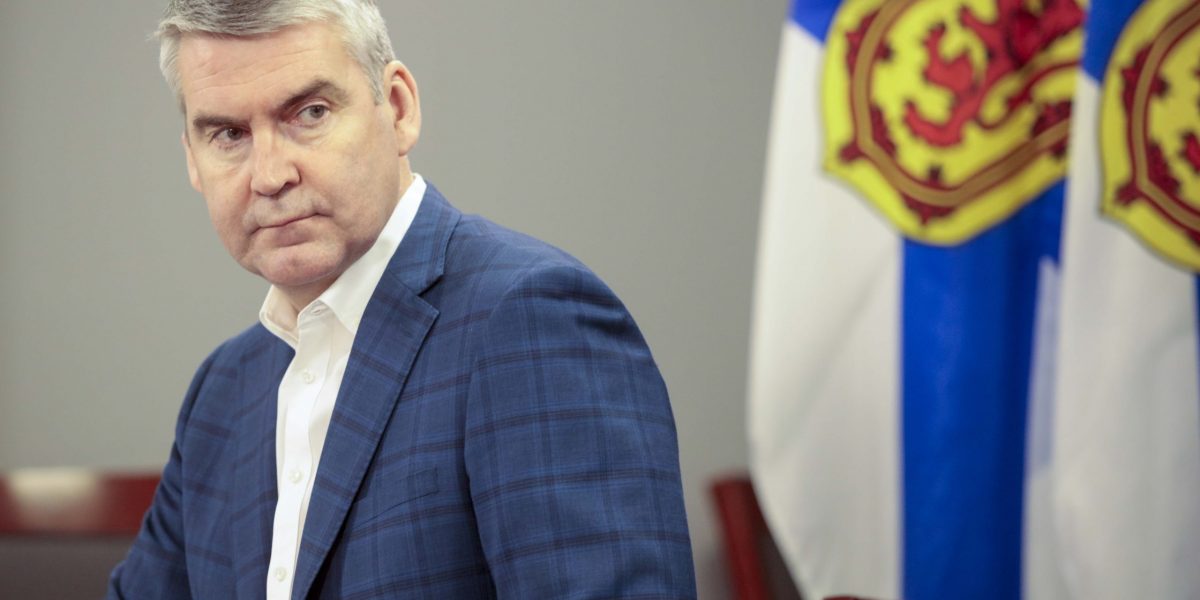 In the precarious times of COVID19 people are becoming increasingly familiar with their local politicians. Seeing Nova Scotia’s Premier, Stephen McNeil, every day has become a familiar routine when so many of us are lacking structure.

Indeed, we turn to our politicians in instances such as a pandemic, they are meant to keep us safe and reassured. McNeil has been praised for leading the province and has become more known for his now famous phrase “Stay the blazes home”. McNeil uttered this during one of his press conferences and Nova Scotians couldn’t get enough. Now it’s on t-shirts- rugs, mugs, and more. People love the sentiment of “just stay the blazes home”, it’s that simple right? Well, it turns out it is not that simple. How do you stay the blazes home when you don’t have one, or when inadequate income supports and employers force you to keep working?

The sentiment of McNeil’s words are understandable, but considering his government’s record it is more than a little hypocritical. As McNeil’s seemingly witty and well-meaning catchphrase continues to spread there still remains people across the province without a home, which is hard enough when there isn’t a global pandemic.

According to The Homeless Hub as of 2018 Halifax alone had a homeless population of 220 people, with some sleeping rough, meaning they were sleeping on the streets. With 22% of the Halifax homeless population claiming Indigenous or Metis status, a very high rate considering that as of 2016 Indigenous peoples only made up 4% of the Halifax population. These stats fail to include the rest of the province, leaving one to wonder just how many of McNeil’s fellow Nova Scotians are left without a home during such unprecedented times.

In light of COVID-19 many Halifax shelters have had to reduce their capacity in order to keep people safe, this combined with many people being released from prison without adequate support, the need for shelters has grown exponentially. This has led to three different pop-up shelters in the city. Out of the Cold Homeless Shelter in partnership with the Mi’kmaw Native Friendship Centre, have even shifted to a hotel mode for their guests.

Yet so many remain without, forced to sleep on cots in gymnasiums. This raises important questions, is there even enough space for the entirety of the city’s homeless population in these shelters? How many are left on their own, in the streets? Shelters and their workers can only do so much while keeping guests and themselves safe. So why do so many hotels sit empty when there are those needing a place to call home during this pandemic? What are our politicians doing? Is their job not to keep us all safe and protected? Or is that just for the privileged?

This leads me to ask what will Stephen McNeil do to ensure that all Nova Scotians have a safe place to stay during this crisis? And how can you tell us all to “Stay the Blazes home” while so many, some not far from your very office, are left on cots in gyms putting themselves and others at risk? And what about those sleeping rough across the province? I ask you, how do they stay the blazes home?