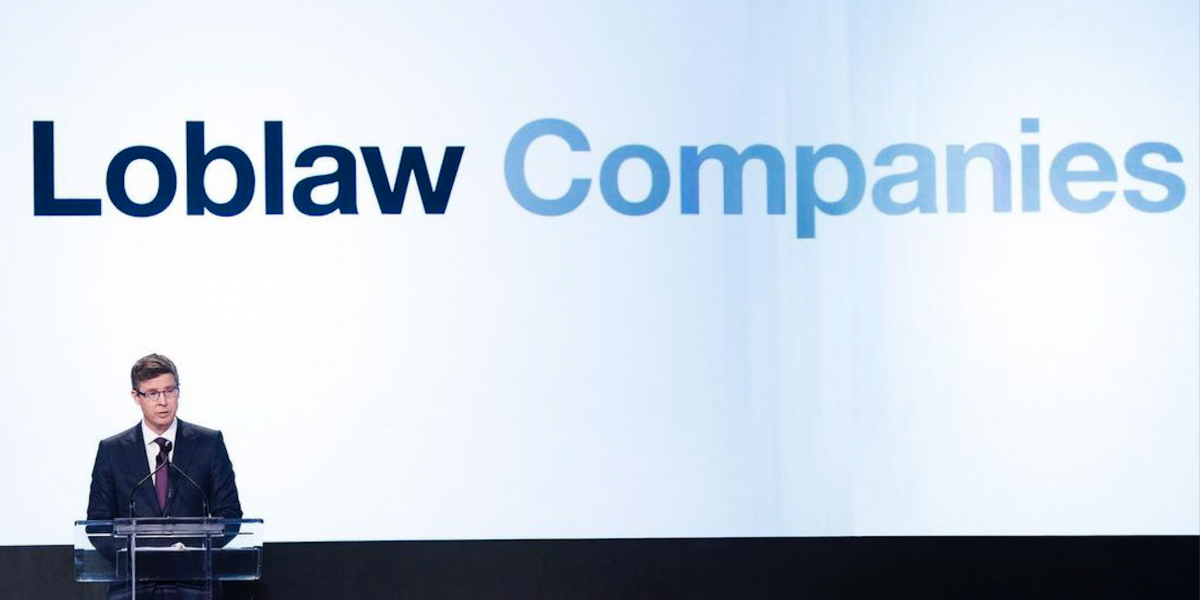 “Loblaws delivered better results,” Galen Weston announced, as the company raked in $342 million in third quarter earnings. But the billionaire is profiting from cutting pandemic pay to his workers.

At the beginning of the pandemic Loblaws, which is the single largest grocery and pharmacy chain in Canada, announced a $2-per-hour “pandemic pay” bonus for its frontline workers, “in recognition of [workers] outstanding and ongoing efforts keeping our stores open and operating so effectively.” But this was not because the company cares about its workers, as Galen Weston has long opposed legislation to raise the minimum wage to $15/hr. When the first wave of COVID-19 triggered a lockdown and the federal government was pushed into providing income support through CERB, Loblaws had to justify why front line workers should risk their lives going to work and felt pressured to raise their poverty wages.

Profiting from a pandemic

But when the first wave ended in June, and the government began planning the end of CERB, Loblaws and its other big competitors, Metro and Empire (which owns Sobeys), simultaneously announced that they would be cutting pandemic pay for its workers. This was in spite of record profits for all three companies. While the business press is often at pains to paint these companies in ruthless competition with each other, they are more than happy to collaborate in attacking workers and fixing prices to screw over customers. As Marx wrote of capitalists, “competition then becomes a fight among hostile brothers.”

Much of the rhetoric emanating from these companies is that they are investing heavily into store safety and that the pandemic pay was always meant to be temporary in the face of the crisis. Geneviève Grégoire, the chief of communications for Metro Inc said in June: “We are no longer working under the crisis conditions that prevailed from March through May as grocers were amongst the only retailers open to the public. Demand is stabilizing as other businesses are reopening.” Galen Weston likewise justified what in effect was a pay cut for workers in the middle of the pandemic by telling the public now that economy was reopening pandemic pay would be ended as “things have now stabilized in our supermarkets and drug stores.” While Loblaws claimed, “we are not putting profit before people,” their actions tell a different story.

Loblaws, Metro and Empire have all benefited enormously from the pandemic. As customers change their shopping habits, dining out less and eating more at home, grocery sales have increased across the board. Metro Inc. reported sales increased by 11.6% in third quarter this year as compared to last year. Sobeys saw an 11% increase in first quarter sales (this is most recent earnings report) from the previous period last year. Meanwhile Loblaws saw its sales increase by 9.7% in the third quarter compared to last year. All three companies are not just increasing sales, they are making record profits. Just days after Empire ended pandemic pay for workers, it announced an 8.3% increase in its dividend for investors. Now, its Loblaws turn to redistribute is wealth upwards, by giving its shareholders a 6.3% increase. The same goes for their US based competitor, Walmart, which posted a 5.7% increase in sales in the second quarter. Loblaws and Sobeys are run by two of Canada’s richest families, the Westons and the Sobeys, both worth billions of dollars. While it is not surprising these companies have chosen to reward shareholders, it is indicative of a system based on putting profits before people.

The optics of billionaire companies cutting wages for frontline heroes in the middle of the pandemic was so obvious that Prime Minister Trudeau called on proper pay and support for frontline workers. But he put an end to CERB, encouraging the grocery stores to cut their wages. At the same time he has still not implemented his own promise to raise the federal $15 minimum wage, which would provide more pressure than his empty words on raising wages.

Even if “pandemic pay” was just a temporary pay hike in response to the pandemic, then the grocery stores would have brought it back when the second wave hit. The pandemic is raging across the country, cases are increasing in nearly every province and workers are still risking their health and lives on the frontlines. Grocery store workers have seen us through this crisis and yet it is the rich that are being rewarded. There’s still a pandemic, so where’s the pandemic pay?

That’s the question 1,400 Dominion grocery workers in Newfoundland put to Weston, when they bravely went on strike for pandemic pay. Ultimately they were unsuccessful, but they exposed the pandemic profiteers: in the lead up to Christmas holidays, Galen the grinch was hell bent on maximizing profits, no matter the cost to workers. The strike also raised the issue of economic justice and pandemic response.

Workers shouldn’t have to survive a pandemic to have a pay hike that is then taken away from them, and their poverty wages shouldn’t be determined by a profit hungry billionaire. We need to restore pandemic pay and make it permanent, by raising the minimum wage. This is crucial both for equity and for public health, as Chief public health officer Theresa Tam said in her recent report: “We need to ensure good pay and conditions for every worker along the food production chain,” from migrant farm workers to grocery workers.

We were told at the start of the pandemic that “we’re all in this together.” But unemployment, lost hours and health risks have been foisted upon workers–especially racialized and women workers–while large corporations are earning record profits, cutting workers’ wages and issuing big dividends to shareholders. The rich and powerful are doing just fine in the midst of this crisis, because they are saddling workers with the costs of the crisis. We need to fight on every front to ensure this doesn’t happen, from supporting strikes for better wages and conditions to winning legislation to raise the minimum wage.