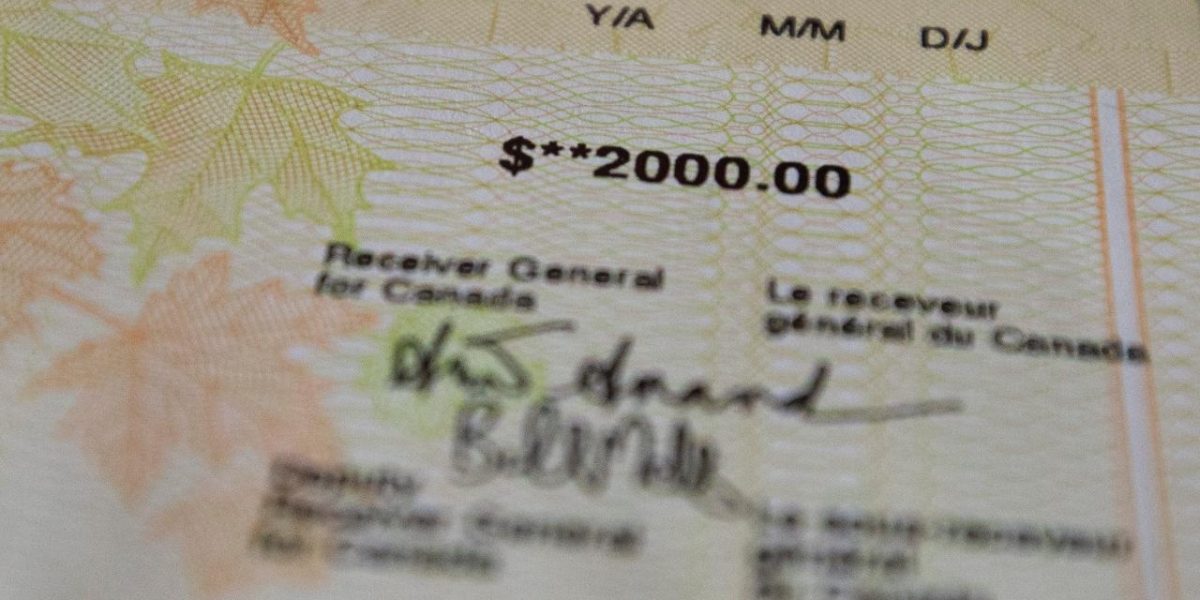 On June 10, the federal government tabled a new piece of legislation that includes measures tightening the requirements for receiving the new Canada Emergency Response Benefit (CERB), and threatening penalties against people alleged to have wrongly received the benefit.

New CERB-related measures in Bill C-17 are the Liberals’ response to the growing mobilization of the right against the expanded benefits CERB provides—$2,000 per month per recipient for those left with no or little income due to COVID-19. While all of Canada’s major parties supported CERB’s creation, by mid-May Conservative leader Andrew Scheer was claiming (with no apparent evidence) that 200,000 people were fraudulently receiving benefits.

For now, the government appears to have put C-17 on hold, not having immediately found a dance partner in a minority parliament. The Conservatives are opposing the Bill largely for tactical reasons, while the NDP opposes outright C-17’s punitive measures for CERB recipients. (The legislation also contains other unrelated measures, including certain payments for persons with disabilities and extensions of legal limitation periods). The government’s apparent lack of will over the last two weeks to move the legislation as currently drafted further is also a victory for the labour and social movements, who pushed back hard against the coercive character of C-17’s CERB-related measures.

But C-17 is not a one-off. It underscores the temporary nature of the government’s more generous approach to social benefits, and marks the first turn towards a “back-to-normal” approach. The fight against C-17 is part of a much larger one that is only beginning to intensify—the question of who pays for the crisis.

Although it may not ultimately become law, it is worth reviewing C-17’s contents as an indication of the types of positions governments may try to take moving forward.

First, the draft legislation stipulates that CERB would from July be paid in two-week increments, rather than monthly as previously. Presumably, this is designed to ensure recipients are more swiftly cut off from CERB when their income rises above the maximum allowable threshold.

Second, C-17 would make workers ineligible for CERB if they:

Third, the Bill would allow the Minister to impose monetary penalties in a variety of broadly defined circumstances, including where someone has:

The Minister could set penalties at up to three times the value of benefits paid. In addition, there would be regulatory offences defined similarly to the above items, conviction on which could result in fines of up to $5,000 in addition to double the amount of the overpayment, and a jail sentence of up to six months.

Justin Trudeau has asserted that C-17 seeks to target deliberate fraudsters and that honest claimants have nothing to worry about. But even a member of his own caucus has criticized the government’s heavy-handed approach.

It is clear that the sweeping measures set out in C-17 are designed to put a chill on claims and push workers back into the labour market. What is not clear is what jobs are workers are meant to be taking. Canada’s official unemployment rate in May 2020 measured 13.7%—the highest recorded figure since the government started collecting comparable data in 1976. And, that number dramatically understates the problem, with broader measures showing true unemployment closer to 30%.

Even if the government and prosecutors were to pursue punitive measures sparingly, it is the threat that is key. For every person who engages in “deliberate fraud,” there are many, many more who may be honestly entitled to benefits but who might now decline to make claims out of fear of being accused of having broken the rules of a complicated system.

As labour lawyer Alec Stromdahl recently pointed out, there are already criminal penalties against true fraud. As such, C-17 is wholly unnecessary, and its true purpose appears economic. Stromdahl also rightly contrasted the treatment of workers to the treatment of bosses:

“Bill C-17 is a one-sided gift to corporate Canada.  Remember that unlike workers, employers do not risk jail time for knowingly making a misleading application for the Canada Emergency Wage Subsidy (CEWS) which provides employers up to 75% of employee wages for up to 24 weeks.

The threat of imprisonment is reserved for workers alone — jail for thee but not for me.”

The measures in C-17 were set to be a double whammy for workers, as many were about to hit the end of the 16-week benefit period in early July. The federal government’s recent announcement to extend the eligibility period in respect of a given claim for 8 weeks is welcome, but represents a relatively short extension. Millions of workers face a very uncertain economic future. Though it is difficult to make economic predictions at present, there is no scenario in which unemployment does not remain dramatically elevated from pre-crisis levels 8 weeks from now.

At the end of CERB eligibility, some workers will be able to transition on to Employment Insurance (EI) Regular Benefits. Unfortunately, millions of workers eligible for CERB will be entirely ineligible for EI (for instance, because they lack enough qualifying hours). Even for workers eligible for EI, for most these benefits will be less than CERB, as EI only replaces 55% of average weekly insurable earnings up to a $54,200 cap. For a full-time minimum wage worker, that could mean only around $300 weekly in Ontario, or about $250 in a province with a lower minimum wage like Saskatchewan. Part-time workers may receive even less, if they qualify at all.

Who Pays for the Crisis?

CERB has so far helped to stave off a complete collapse in income for millions of households, as well as prevented an even more dire macroeconomic meltdown. And the government seems to have put the brakes on Bill C-17. But workers are far from out of the woods yet.

There remains hope that the government is susceptible to pressure. It announced the CERB extension at the last minute after there was a mobilization against the impending economic devastation the exhaustion of benefits would mean for millions.

The political terrain is not solid, and there are many possible paths governments may follow moving forward. Alberta’s Jason Kenney is the early leader of a hard right response to the crisis, moving forward with attacks on education workers, the health care system, and unions. But, there is also a growing movement for a more humane and progressive alternative involving strengthened public benefits, programs, and services.

The question on the table now is who pays for the crisis. It is essential that the burden be on billionaires like Galen Weston, rather than ordinary people struggling to make ends meet in a labour market that has less than ever to offer them.