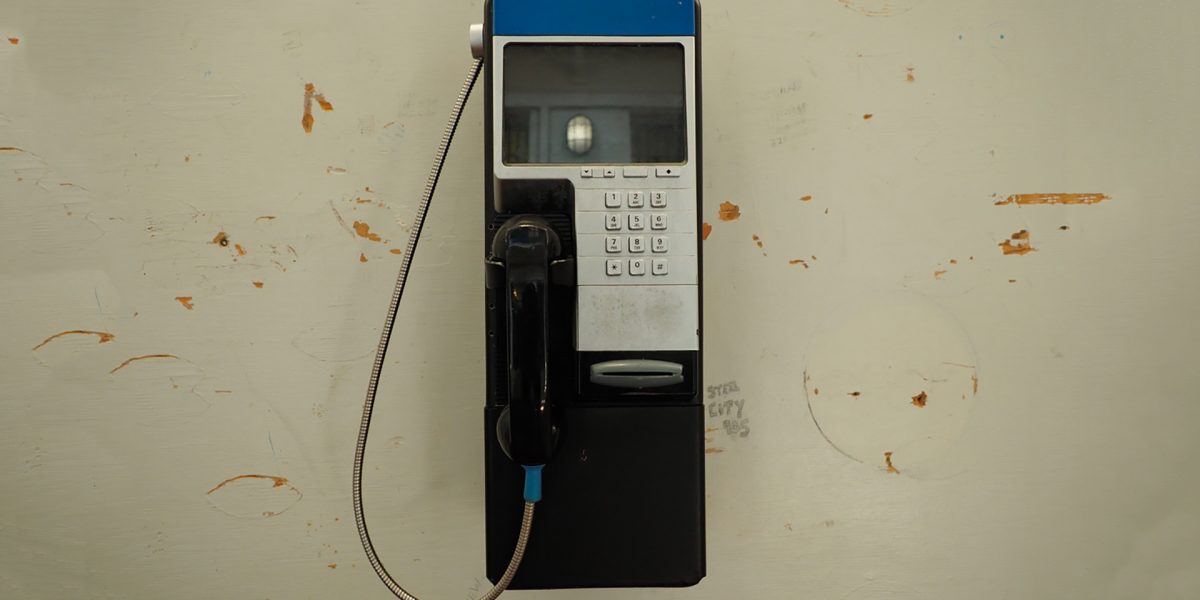 Last year, we published an op-ed on Bell’s involvement in the prison phone system and the hypocrisy of Bell championing itself as an advocate for mental health on “Bell Let’s Talk Day” while profiting from the exploitation of prisoners’ mental health. While much has changed since then, prisons and the police remain death machines that kill Black, Indigenous, racialized, migrant, Muslim, trans, queer, disabled, and poor people as the public lynching of George Floyd, and the tragic deaths of Eishia Hudson, Chantel Moore, D’Andre Campbell, Ejaz Choudry, and Regis Korchinski-Paquet remind us.

The pandemic further compounds the historical and ongoing violence of the police, prisons, and the settler colonial state of Canada. COVID-19 outbreaks in prisons throughout the country have forced prisoners to go on hunger strikes just to get Personal Protective Equipment and hygiene products as the state continues to neglect their health and safety. It is not the virus that is the crisis; the crisis is prisons themselves and the reliance on punishment as a replacement for care.

The good news is that as a result of tireless prisoner organizing and mass mobilization, concessions have been won from the state in the last year. This organizing and action drove Ontario’s recent decision not to renew Bell’s prison phone contract.

To recap, Bell Canada provided phone services in provincial jails that only permitted calls to landlines (unless recipients had paid to set their cell phones up to receive collect calls from institutions). Calls were also limited to twenty minutes at a time, and could cost up to $30, or more for long distance calls. Bell made massive profits from this arrangement which provided a captive pool of customers whose connection to family could only be achieved through the company. Meanwhile, the Ontario government collected “kickbacks” from the money Bell took from prisoners’ loved ones. The arrangement later became the cause of action for a class action lawsuit against both the Ministry and Bell Canada.

Taking the lead from incarcerated people, the Criminalization and Punishment Education Project (CPEP) organized several protests outside Bell’s offices in Ottawa on “Bell Let’s Talk Day” to highlight the hypocrisy of its self-proclaimed mental health leadership while creating and managing a phone system that undermines mental health in prisons. Specifically, CPEP has demanded:

Just three days after the issue went viral, the Ministry of the Solicitor General announced the development of a system that would allow prisoners to call cell phones and international numbers. This is not the good-will of the carceral state; rather, Ontario could simply no longer ignore community demands in the face of mass mobilization, culminating in the end of Bell’s services in provincial jails. But instead of establishing free phone calls, no time limits, and enabling direct calls to cellphones, the province picked up a new contract with Synergy Inmate Phones, a Texas-based telecommunications company that does not align with these demands.

While we continue to learn about the Synergy contract, what we know is that it raises the same concerns as Bell’s. Those who have already dealt with Synergy in Nova Scotia, Alberta, Manitoba, Saskatchewan, New Brunswick, and Prince Edward Island’s provincial jails warn that calls can cost $1.50-$1.85 for every twenty-minute collect call, or $1-$1.35 for every pre-paid 20 minute call—before taxes and fees. Families have reported paying $700 or more a month, a significant burden on them for simply (and rightfully) wanting to connect with loved ones, and/or in an effort to provide them with the legal and re-entry support which they are entitled to.

A commission is also taken from the money charged, which is put toward a prisoner trust fund. Although the trust fund supports different institutional programming and resources, this arrangement places the burden of safety and rehabilitation on prisoners themselves instead of the institution that is mandated to provide “safety” and “rehabilitation.” In effect, prisoners are literally made to do the institutions’ job. If prisons can’t even do what they claim to, do they really exist to protect community safety? And if so, whose safety?

In any case, Bell is still not off the hook: the pressure may have left the provincial contract unrenewed, but Bell continues to hold a monopoly over the federal prison phone system, which continues to restrict prisoner communications and exacerbate mental health conditions in the name of profit. These phone services whether provided by Bell, Synergy or the next company are not set up to serve the needs of prisoners and their families, they are set-up to turn a profit for the company that holds the contract.

Phones inside prisons represent a lifeline to loved ones, legal support, and successful return to community, all of which sustain people. Phone communications also function as an important information source in light of the lack of institutional transparency, which remains a major issue as demonstrated by institutions’ systemic failure to provide information about the impacts of COVID-19 in prisons currently. Bell’s mental health hypocrisy did not end with its provincial contract.

But at the end of the day, the problem isn’t just Bell or Synergy: it’s the system of racism, capitalism, and settler colonialism that maintains itself through incarceration and the exploitation of prisoners. It is the program of state violence that targets and criminalizes BIPOC, the LGBTQ+ community, and people in poverty that drives the creation of prisons and their oppressive conditions.

If Bell wants to get serious about mental health, it has to talk about the prison industrial complex and the direct role it plays in it. And if the rest of us want to get serious about mental health, we have to keep fighting against the systems that allow Bell, Synergy, and the government to profit from prisoner suffering. We have to fight the very existence of prisons and the systems of punishment and criminalization upon which they are built.

We continue to demand free phone calls, calls to any number in Canada including cell phones, and the elimination of twenty-minute time limits to calls. However, we situate these within the broader demand to abolish prisons altogether. The abolition movement is not slowing down. The struggle against prisons, police, and capitalism is as strong as ever, and there are many victories to be won through direct action and community organizing. If we stay active, stay organized, and stay fighting while centering and supporting those directly impacted, we will win.