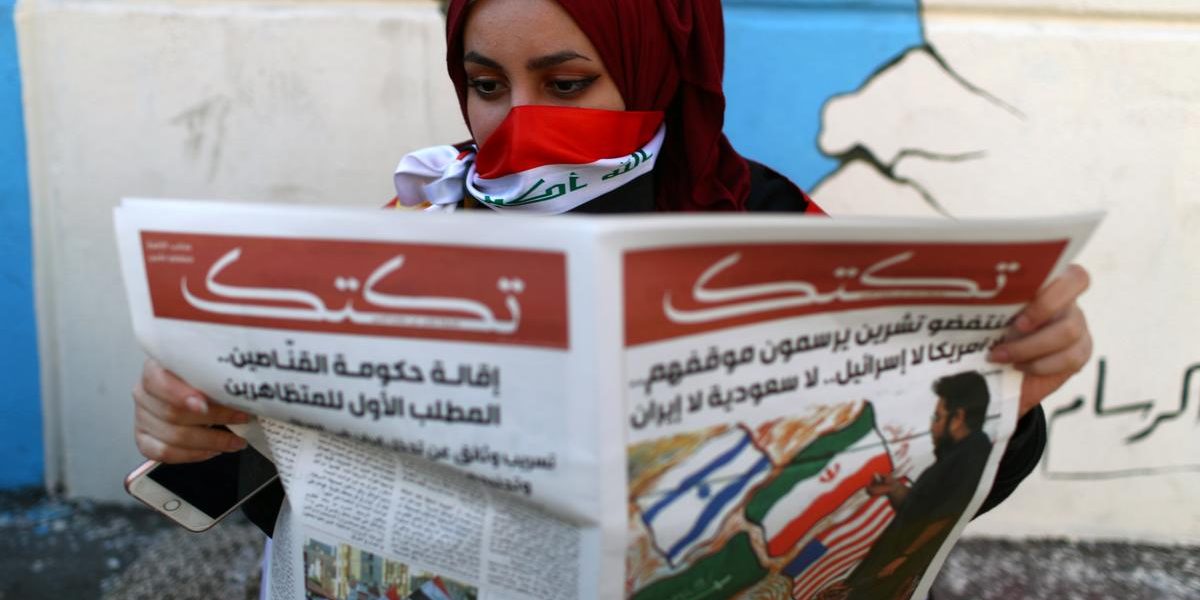 There is no shortage of books, articles, news reports produced on the socialist left. The flourishing of left publications such as Jacobin and Current Affairs over the last number of years speaks to a renewed interest in socialist ideas in North America.

While socialists may be writing more than they have in years, it is not always clear why socialists write.

Commenting on the power of public opinion, the 19th century Swedish economist and botanist Carl Adolph Agardh noted, “opinion is similar to electricity which runs through the chain of citizens who, thereby permeated, feel the same way at the same moment, who feel the same pleasant jolt, or the same mild healing warmth.”

This enlightenment liberal view of the power of an informed populace still describes much of the motivation behind the purpose of opinion writing, even on the left. Writing is seen as part of a process to inform and sway public opinion in the hopes that this will elicit change or reform. Ideas and information, we are told time and again by the media and political leaders, can change the world.

But is this really how ideas are changed in society? Karl Marx, whose early journalism was motivated by these enlightenment views of public opinion, grew increasingly critical of this idealism. Marx argued instead that ideas cannot be changed in a vacuum, as the ideas we hold reflect our material conditions and historical circumstances. As he put succinctly in his Economic Manuscripts of 1859: “It is not the consciousness of [people] that determines their existence, but their social existence that determines their consciousness.”

For Marx, this historical materialist outlook does not mean humans are forever wedded to our existing consciousness. Rather the act of transforming ideas requires a revolutionary act of transforming our own material conditions. This was something he made clear with his 1845 Theses on Feuerbach:

Publishing with a purpose

Writing and journalism can be part of this dialectical process of self transformation, but only if it is linked to a broader political project. The political rootlessness of much of left publishing is accurately summed up by Maximillian Alvarez in his description of the contemporary left publishing landscape:

“A loose cluster of critical positions orbiting around a general sense of intellectual and consumeristic self-satisfaction as opposed to pressure-cooking it down to a core of concerted political actions and commitments. The market for leftist ideas and criticism is something akin to a concentrated mist: refreshing in the moment, but ungraspable, and perhaps hazardous over the longer term.”

Activist journalism has a long history on the left and is summed up by the ethos of “comforting the afflicted and afflicting the comfortable.” While this is a correct and worthy sentiment it does not go far enough. Publishing and writing projects must be linked to a grander vision and strategy of social transformation.

Putting ideas out into the ether is not going to change the systemic problems in our society. It is not enough to point out the evils of society; writing must be linked to action if it is to play a part in challenging the ills of capitalism.

There happens to be a long history of such efforts that socialists can draw on. To take just one example, Claudia Jones’ West Indian Gazette. Jones, a longtime member of the Communist Party, understood the role of the a leftist paper was not simply to inform readers but to actively build political capacity through the publication. The West Indian Gazette had a goal, to build an internationalist political movement aimed at winning a united independent West Indies:

“A major effort designed to stimulate political and social thinking has been the launching, six years ago, of the progressive news-monthly, the West Indian Gazette. This newspaper has served as a catalyst, quickening the awareness, socially and politically, of West Indians, Afro-Asians and their friends. Its editorial stand is for a united independent West Indies, full economic, social and political equality and respect for human dignity for West Indians and Afro-Asians in Britain, for peace and friendship between all Commonwealth and world peoples…The West Indian Gazette and Afro- Asian Caribbean News has served to launch solidarity campaigns with the nationals who advance with their liberation struggles in Africa and in Asia.”

Revolutionary socialists like Jones, Rosa Luxemburg and Vladimir Lenin understood the power of the paper and media was not only in broadcasting opinion to society, but to use the publication to draw the readers and writers into a common political relationship. The paper helped stitch together politics and action in such a manner as to foster the creation of an organization that could undertake political struggle. Public opinion was to be shifted not in the marketplace of ideas, but in the streets and on the shopfloor.

It is worth unpacking Lenin’s theory of the paper to help understand this a little bit better. Russia in the early twentieth century was a vast Empire of 150 million people and over a hundred distinct nationalities. This prison house of nations was ruled by a repressive monarchy. Lenin and other revolutionary socialists argued that a paper was means through which socialists could build a political party. As Lenin argued “the newspaper is not only a collective propagandist and a collective agitator, it is also a collective organiser”. As Lenin argued, if approached correctly,

“This newspaper would become part of an enormous pair of smith’s bellows that would fan every spark of the class struggle and of popular indignation into a general conflagration. Around what is in itself still a very innocuous and very small, but regular and common, effort, in the full sense of the word, a regular army of tried fighters would systematically gather and receive their training.”

This vision of a socialist press as a tool for building a movement and organization for emancipation was not just a Russian one. It is nearly impossible to find significant social movements, from the abolitionist movement to the labour movement, or organizations, from the CCF to the Black Panthers that didn’t produce their own press. To this day large social movements, revolts and protests produce their own publications, usually via social media accounts, websites, but also papers and leaflets (In Iraq the uprising, defying the internet outages, has produced its own newspaper Tuk Tuk).

While the record of these publishing efforts are mixed, there are many positive examples to draw from in North America. For Instance, in response to a brutal government crackdown on the African American community in Detroit during the riots of 1967 a class conscious layer of African American organizers started to produce a community newspaper called the Inner City Voice (ICV). The paper was “to be a positive response to the Great Rebellion, elaborating, clarifying and articulating what was already in the streets,” with the goal of  trying to “build their paper into a vehicle for political organization, education and change.”

As Dan Georgakas and Marvin Surkin noted, “the unifying ingredient in all ICV material was the sharp emphasis on defining strategy and tactics of the ongoing black liberation struggle.” The activists who launched ICV and its successor paper the South End were able to use the paper to build what became the League of Revolutionary Black Workers, one of the most dynamic and militant working class organizations of the period.

In 2012 the Egyptian socialist Hossam el-Hamalawy, in an article arguing that the website was a key organizer of socialist activity, outlined the basics of publishing and writing as effective socialist tools:

“The process of journalism is a process of organization. It is easy for anyone to sit in the office, browse the net and write a news story about the factory, but this is not the kind of journalism we want. You sending a report to the paper means you are engaged on the ground at the same time you are connected to the rest of the members of the movement… It is just as critical for a worker (who is in these circumstances a revolutionary correspondent), to contact the site to spread the vital news of the strike, as it is to build barricades to defend the sit-in. Contacting the site at this moment means that the revolutionary worker correspondent is included in a communication network, and the experience of what he does in Mansoura is generalized immediately to the rest of the members of the movement as well as all militants interested workers’ struggle. This means they are always ready to offer solidarity and co-ordinate what they are doing in their own areas with what their comrades are doing in Mansoura.”

The goals of socialist writing

The aim of socialist publications is threefold: to raise the level of political consciousness of the working class, to get workers to act on the basis of these ideas, and to build the organizational capacity of socialists in that process. As the socialist Chris Harman argued:

“Revolutionaries are not interested simply in winning people to new ideas. They also have to be concerned with getting people to act on the basis of these, to say not merely what is wrong, but also, above all, what is to be done. Success is only possible for a revolutionary current at any stage in its development if it can find some means of making the connections between principles, experience and the tasks of the moment.”

This shouldn’t be misinterpreted as to assume that socialist writers and journalists always know best. In fact one the key aspects of socialist writing is its ability to communicate the best lessons from the movements for justice. Publications are just as much a method of listening as they are of speaking to movements.

Thus socialist publications should seek to raise the voices of the workers and the oppressed through interviews, quotes and through investing of resources in developing new writers. As Vijay Prashad succinctly argues “socialist writing is about democracy, about seeing readers as part of our process and not as consumers who must buy the commodities we produce. Socialist writing should be a conversation.”

Forging a relationship between readers and writers is a step towards building an organized relationship based not just on a shared worldview, but on a shared practice. Each article and report (and this goes for videos, podcasts, pictures and memes as well) should be trying to intervene into a specific debate, or learn more about a specific question that arises in the movements.

Writing is also a form of self clarification. Writing requires research and thought. The act of taking socialist theory and applying it clearly to the concrete political questions of the day raises the level of political understanding of the writer. Political writing, done well, means both the reader and the writer have a firmer grasp of the issues.

There is no one size fits all socialist writing: sometimes long-form analysis is needed, sometimes quick reports fit the moment, but whatever the format, political writing should always have its specific audience in mind. For socialists writing is not about demonstrating superior knowledge, it is about trying to make the best ideas from the past and present accessible and relevant. And in the process of doing so helping to build an organized socialist relationship.

So why should socialists write?

In short, to be part of a collective endeavour to take in and transmit the best lessons and experiences of movements in order to build the capacity of the working class to transform the world. But don’t let that overwhelm you, take it one word at a time.

If we you are interested in writing for Spring Magazine please email us at info@springmag.ca