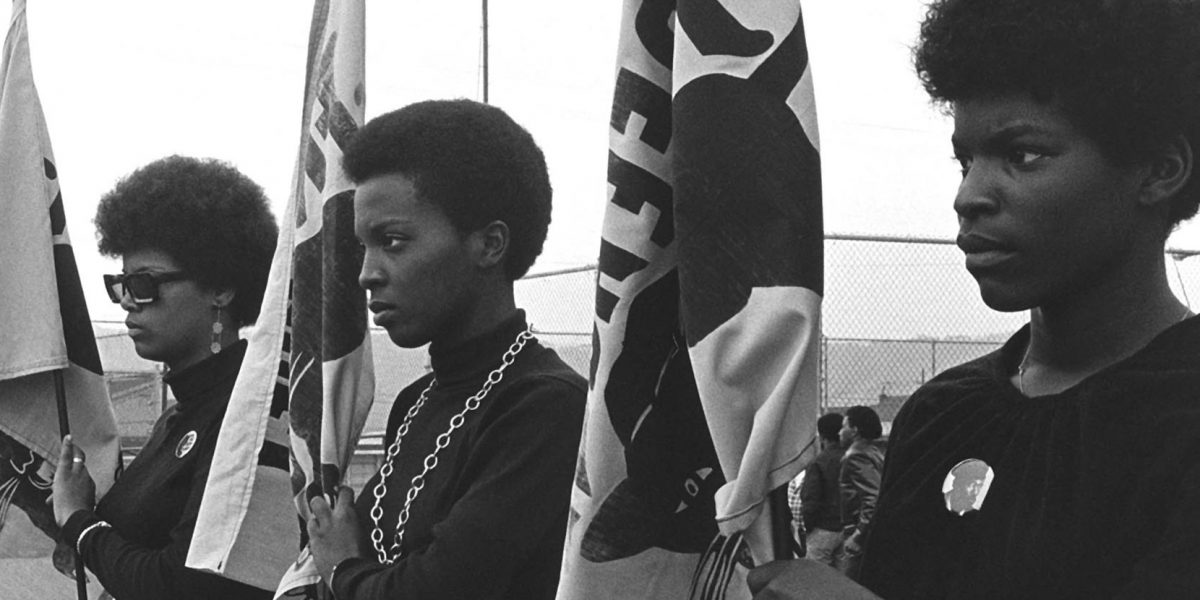 When we hear the words ‘Black Panther’ these days, we think of the wildly successful Marvel movie and the ‘Wakanda Forever’ gesture. Even I am sometimes taken aback by not only the heroism of the character but the symbolism and what that movie meant for racialized people. The character of T’Challa was the embodiment of Black excellence – he was a powerful king and a super hero who not only protects his people but saves the world in the process. Long before the superhero The Black Panther, there were the real-life heroes that formed the Black Panther Party in the 1960’s. Heroes who stood up against oppression, capitalism and police brutality – some of the same issues that we are still facing today in 2020.

The Black Panther Party was a political organization founded in 1966 by Huey Newton and Bobby Seale in California’s Bay Area. The party was formed in the wake of the assassinations of Malcom X and an unarmed black teen named Matthew Johnson in San Francisco. Its mission was to challenge police brutality against African American communities throughout the United States, and empower these communities through breakfast programs and free health clinics for community members.

Many of the party’s ideas were influenced by Marxist and Black nationalist ideas, including what would become the Black Panther Party Ten Point Program. This was a set of immediate needs and political goals—including self-determination for the Black community and its education system, full employment and decent housing with community control, an end to police brutality and a release of prisoners along with fair trials, and an end to military service and opposition to racist wars.

The Panthers were a large part of the ‘Black Power Movement’ in the United States in the 1960-70’s and promoted Black pride, Black ownership of community and civil rights for all. Newton and Seale saw the party as a full political organization, including electing Black Americans into political office. Elaine Brown, the party chairwoman for three years, twice ran for Oakland city council—getting 44% of the vote in 1975, with the support of the United Farm Workers and Teamsters union.

But Black empowerment, including armed self-defence, put the Black Panther Party in the cross-hairs of the US government. FBI Director J. Edgar Hoover called them “one of the greatest threats to national security” and special programs were created to repress them—including COINTELPRO surveillance and infiltration, and SWAT team violence. These targeted many of the party’s leaders—from the jailing of Huey Newton to the murder of Fred Hampton. This, along with internal disputes, led the party to dissolve in 1982. But the legacy remains.