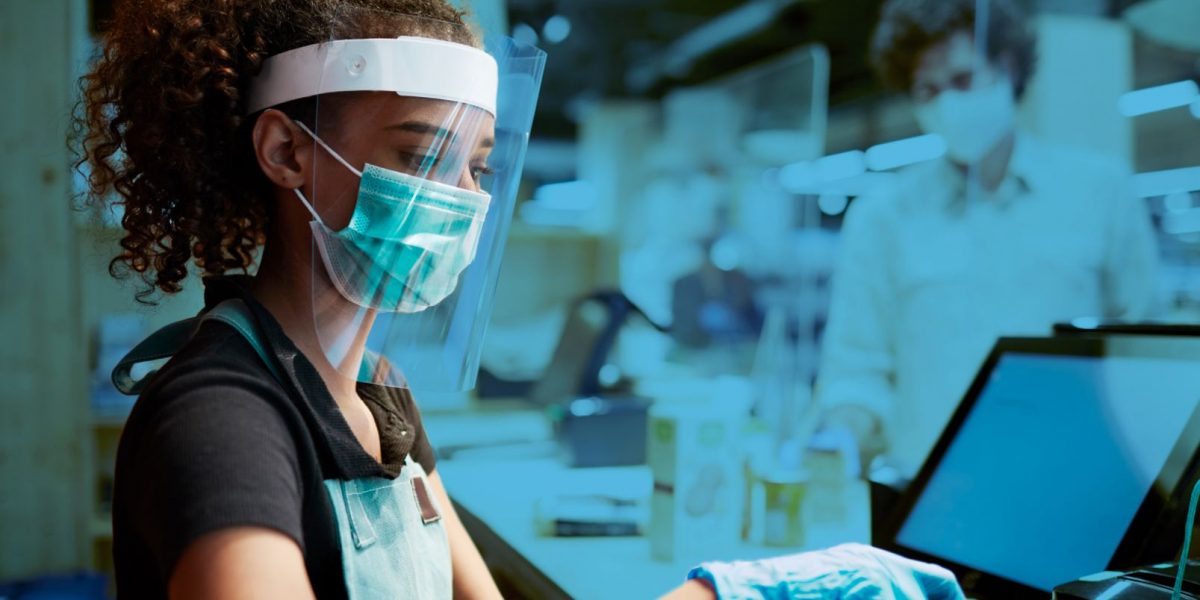 Sometimes when I talk to people about paid sick days, they ask me why a teacher who has ample paid sick leave would care about this issue. But for those of us who teach younger children, it’s actually been an ongoing problem even before COVID that parents would send their kids to school sick. During the pandemic, having sick kids attend school was a serious public health issue, since even though children are less likely to become seriously ill from COVID, they can still spread it to others.

While many teachers were frustrated that this was happening, I think they honestly didn’t realize why it was happening: 58% of workers, and more than 80% of low-income workers in BC, don’t have any paid sick leave. So these working parents have to decide between staying home with their sick child and losing pay, or sending their symptomatic child to school and hoping for the best. I don’t blame those parents: that’s a terrible choice to have to make. Unfortunately, the narrative of ‘personal responsibility’ obscures the fact that this isn’t some personal failing, it’s about inadequate public health protections–one of the most important of which is paid sick leave .

For me, one of the most important reasons why the fight for paid sick days for ALL workers is so important is that it’s an equity issue. Lack of sick days disproportionately affects women, especially newcomer women, women of colour, Indigenous women, and their families, because they are over-represented in low-wage and precarious jobs that usually lack paid sick leave.  As a teacher, and as a member of my union involved in working for social justice, I care about these kids even when they are not in my classroom, and I care about their families.

I remember seeing the impact of the lack of paid sick days firsthand when I was visiting my brother, who worked in the restaurant industry (this was pre-COVID). He was getting his son ready for preschool, despite my nephew being visibly sick- and I told him I thought Evan looked too sick to go, and that he should keep him home that day. “I have no choice” he told me, ‘I can’t take a sick day–that’s just what it’s like when you work in a restaurant. ’ It seems that, just as with Amrita’s experience working in long-term care, people who have adequate sick leave themselves are sometimes shocked to find out that school staff and health care workers don’t have this important protection.

I also learned this year that other school staff members don’t always have adequate sick leave; cleaning staff, support staff, and temporary contract staff sometimes have few or no sick days available to them. It was seeing all these education workers with reasons to support paid sick days that inspired a few of us to start up a Facebook group called ‘Educators for Paid Sick Days’, which I’d encourage you to check out.

As research from the Decent Work and Health Network shows, the lack of paid sick leave has real medical consequences: workers miss getting things like cancer screenings- Pap smears, mammograms, and other important preventative care that saves lives. And of course, when they do go to work sick, they spread illness to their co-workers, through no fault of their own. And research shows, somewhat ironically, that this ‘presenteeism’, as it’s called, costs employers more annually than the cost of a decent employer-paid sick leave plan would.

There are myths out there, like the mistaken idea that workers will abuse paid sick leave, which working people themselves sometimes buy into. But when we learn what the research has found from the 145 countries, including twelve U.S. states that have successfully implemented paid sick leave, we can arm people with the facts, and they can feel more confident that paid sick leave is achievable.

I think what the pandemic really taught a lot of us is that when it comes to communicable disease, there really are no individual solutions; none of us are safe unless all of us are safe. The COVID outbreaks that began in meat-packing plants in East Van or other frontline workplaces quickly spread to the community, affecting so many others.

Even though it looks as if COVID might be waning out here in BC, we need to learn from our experiences these past 16 months. Folks talk of the need to “build back better” – we need to build a more robust public health safety net for us all, so that we are ready for the next pandemic, but also to protect working people during non-pandemic times.

The BC NDP has promised special consultations will happen in the Fall with labour, community groups like the Worker Solidarity Network, and with business. But you can bet that business isn’t waiting for September; they have time and lots of money to lobby the provincial government, and they will be strategizing in their boardrooms, and pushing hard against enacting the provisions we need. This means that the BCNDP is going to be under immense pressure from the business lobby, who are going to tell them that paid sick days legislation will damage the economy and be bad for business.

So that’s where we in the movements come in! The best way for us to ensure that the NDP can withstand this pressure, and can do the right thing is to build the confidence of the NDP to act. We can’t afford to wait until September; we need to build the movement for paid sick days now, so that the social weight of the campaign can counteract business lobby pressure.

Some of us did a street canvass last weekend, and collected signatures on a petition for paid sick days, and it went really well! We had lots of good conversations, and got a positive response. I’ve also emailed my MLA to ask for a meeting to talk about Paid Sick Days legislation; maybe some other folks would like to do that, too, especially if you have an NDP MLA. The Worker Solidarity Network is helping coordinate this, with a spreadsheet to track which NDP MLAs have had meetings with supporters. And I am working on a sample resolution that folks can take to their union or community group to pass in support of paid sick days legislation. Union folks with access to a photocopier could also help us by printing copies of the fact sheets we gave out when canvassing, and copies of the petition.

This legislation is so important, because it will set the bar for every other province, as well as making a concrete difference in the lives of so many BC workers. So if you can spare even a few minutes a week, I’d encourage you to join us in the campaign. Because no one else can build this movement for us- we have to do it. And then we can win the paid sick days BC workers need and deserve.

A look at history shows us that we need more than just passive public support; we need people to learn the counter-arguments to the myths that business will trot out in the media, and for those folks to have the confidence to make those points when talking to family, friends and coworkers. We need to build a big campaign where people feel ownership of the campaign and its tactics. That’s the kind of campaign that shifts the terrain of debate, and makes the legislation of 10 paid sick days seem like common sense. That’s how we win.

Join the next canvass Saturday, July 17 at 11 AM in front of the West End Community CentreAnd join the next organizing call for paid sick days, July 28 at 6pm