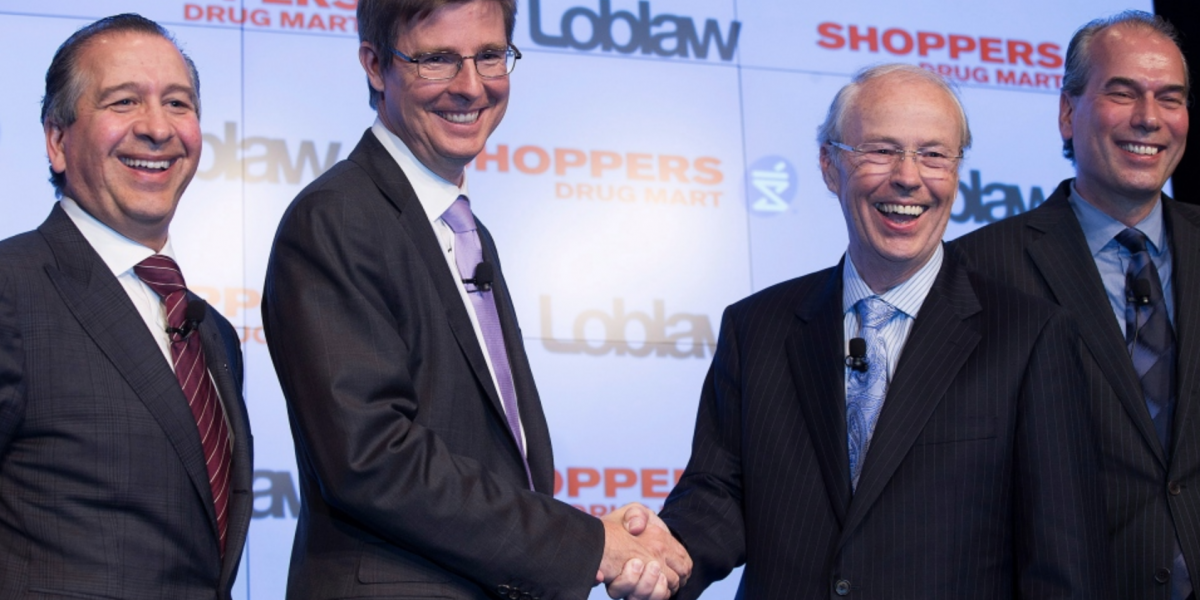 We are months into a global pandemic that has already infected more than 100,000 people across Canada and killed more than 8,000 despite a lockdown, with no vaccine in sight and a potential second wave as the economy reopens. Yet despite the public health advice to “stay home when sick”, millions of people across the country don’t have access to a single paid sick day—let alone the 14 days they would need if they get COVID-19.

Paid sick days is a racial and gender justice issue

There’s an abundance of public health research that proves paid sick days reduce occupational injuries, curb the spread of infections in workplaces and schools, and improve vaccination rates. All of this serves to reduce reliance on emergency departments and lead to better health outcomes. The evidence also shows that paid sick days are especially important for women who disproportionately do unpaid care work, and people with chronic health conditions.

Paid sick days are not a new concept and are already available to some sections of workers, but are disproportionately denied to low-wage, women and racialized workers. So, legislation mandating paid sick days is an important tool for closing the equity gap. For example, when San Francisco legislated paid sick days, a study found that “Black, Latino and low-wage workers were those who most often benefited from the law”, and that Black and Latino workers, older workers and mothers were more likely to report better management of their health.

In addition to promoting health, there’s also evidence that paid sick days help the economy. The cost of paid sick days is offset by the savings produced by a healthier workforce and an earlier return to work after illness. Where paid sick days have been widely implemented, they have neither harmed the economy nor been abused by workers, and the majority of employers support them. When New York City expanded paid sick days to 1.4 million workers, an employer survey found that:

“… when it was first proposed, critics of the paid sick time law argued that it would lead to a loss of jobs in the City and impose a major cost burden on employers, especially small businesses. They also predicted that such a law would invite widespread abuse by employees. However, as this report shows, these fears have proven unfounded. By their own account, the vast majority of employers were able to adjust quite easily to the new law, and for most the cost impact was minimal to nonexistent. Indeed, a year and a half after the law took effect, 86 percent of the employers we surveyed expressed support for the paid sick days law. More than 91 percent reported no reduction in hiring, 97 percent indicated that they did not reduce hours, and about 94 percent did not raise prices.”

If paid sick days are healthy for workers and the economy, how do we explain corporate opposition to providing them to all workers? There are three main reasons: profits, oppression, and control.

While workers produce all the wealth, they are only paid a fraction in wages while the surplus goes to employer profits. Profits come at the expense of labour, and anything that puts more money into workers’ pockets comes at the expense of profits. The benefits of paid sick days—through a healthier workforce, fewer disruptions from injuries and infections, and a faster return to work—compensate for reduced profits overall, so the majority of employers come to support paid sick days.

But when we disaggregate the data, a different picture emerges. For example, in San Francisco, 14.2% of employers did report lower profit rates after paid sick days were legislated. These employers were disproportionately paying low-wages, and more than 80% of their employees were women. So those with the greatest material interest to oppose the extension of paid sick days for all are those whose business model is based on paying low-wages to women, a sexist labour practice that should not be tolerated. Similarly, when Black workers are the ones disproportionately denied paid sick days, then those who oppose extending paid sick days to all are reinforcing anti-Black racism.

In addition to putting profits above lives, there’s another factor motivating businesses to oppose paid sick days. As the New York study found:

“… an interesting aspect of the law is its interaction with the ‘progressive discipline’ systems that some employers had put in place previously for purposes of reducing absenteeism. These establishments punish excused absences (or in some cases, all absences) with warnings and ultimately termination…The most relevant aspect of New York City’s paid sick leave law is its anti-retaliation provision, which protects employees from discipline for the first five days they are absent from work if the absence is due to their own or a family member’s physical or mental illness.”

So big businesses use injuries, illnesses or family emergencies as excuses to discipline and terminate workers, and paid sick day legislation provides a degree of protection against this method of control. In this respect, opposition to paid sick days has nothing to do with health or the economy in general; it’s but about preserving the power of bosses over workers—even sick workers. Bosses wield this power disproportionately over racialized workers and women, even in workplaces delivering healthcare. As a New York City nursing home manager reported, the “only meaningful change” resulting from the legislation is that “now our ability to coach, counsel or discipline workers before the sixth day has decreased.” Similarly, employers use mandatory sick notes as methods to control and discipline workers, even when this results in workers going to work sick rather than getting a note, and even when medical organizations oppose the waste of time and resources involved with sick notes.

Employers and their representatives in government have deployed a variety of tactics to deny paid sick days for all. The first tactic is to suppress existing access to paid sick days and to undermine their legitimacy. In 2016 the Financial Post claimed that “abuse of sick leave policies in the workplace is rampant” and called on employers to punish workers for using them—suggesting that “an employee with a sniffle or in need of a ‘personal day’ will think twice about taking a day of if it costs them a day’s pay, or even their job.” The false accusations and suppression of paid sick days has even survived pandemics that refute these allegations and show the importance of paid sick days. During the 2009 H1N1 pandemic, millions of American workers without paid sick days went to work sick—disproportionately racialized workers denied workplace protections—which led to millions of additional infections.

But across the US and Canada workers have organized to demand paid sick days for all. So the second tactic is to resist extending them. This involves the big business lobby hiding behind small businesses and claiming paid sick days will destroy their local businesses. In the case of New York, the President of the Manhattan Chamber of Commerce warned that, “Putting the entire cost of paid sick leave solely on the backs of the small-business community adds additional financial burdens to their already over-taxed and over-fined small businesses.” The mayor of New York City echoed their words, declaring that paid sick days legislation would “have deleterious effects on businesses. Faced with this increase in costs, employers will seek to offset them in any number of ways.” But many workplaces already have paid sick days without collapsing, and there’s no reason why all workplaces shouldn’t provide this basic labour protection.

Despite this opposition from big businesses, workers organized to win paid sick days across a number of jurisdictions—San Francisco in 2007, New York City in 2013, Ontario in 2018, Quebec in 2019, and Canadian federal workers in 2020. So, the third tactic employers use is sabotage and reversals. In New York, 13% of employers refused to provide paid sick days, in violation of the law, and this was disproportionately applied to part-time and temporary workers—who are disproportionately women and racialized workers. In San Francisco some employers refused to provide paid sick days or punished workers for using them, and this reaction was also racialized, gendered and applied unevenly based on income. While 1.7% of white workers lost wages, the claw back was applied to 13.7% of Black workers. Likewise, women lost more than men, and low-wage workers lost more more than high-wage workers.

In Ontario, big business groups like the Ontario Chamber of Commerce and the Retail Council of Canada lobbied the Ford government to eliminate paid sick days, claiming – without any evidence – that workers were abusing them and hurting the economy. The Ford government echoed these myths and demands, claiming job losses despite the lowest unemployment rate in years and accusing workers of wasting paid sick days on fictitious epidemics like “superbowl flu”. They then cut the two paid sick days workers had just won and brought back employers’ right to demand sick notes for taking unpaid sick days.

The longstanding movements for decent work have combined with the urgency of the pandemic to raise the demand for paid sick days for all. Unable to ignore and resist the demand for sick days during a pandemic, governments are responding with two additional tactics to deflect the demand. From the Ontario Conservatives to the BC NDP, governments changed legislation to provide sick days but to maintain them as unpaid. This pays lip service to the public health advice to stay home when sick, without empowering workers to put this into practice. While job protected emergency leave is important, continuing to deny paid leave for all will leave workers in the same situation of having to chose between their finances and their health, and will perpetuate the equity gap.

The final tactic is to concede to paid sick days, but relieve employers of any responsibility of paying for them. The government of the Yukon is offering to reimburse employers who offer 10 paid sick days related to COVID-19, and the federal government has suggested that 10 paid sick days be covered by EI. Extending paid sick days to all workers is essential, during and after pandemics. But it matters who pays for it. The current availability of paid sick days is paid by employers, and in return they get a healthy and productive workforce. There’s no evidence that extending the same benefits to all workers will destroy the economy or harm small business. On the contrary, the most organized opposition to paid sick days comes from multibillion-dollar companies like Loblaws, Walmart and Amazon. The question of who pays is especially important during the economic crisis triggered by the pandemic: with governments already brainstorming budget cuts, public funds need to be directed to public services not subsidizing profitable companies who refuse to provide paid sick days in the middle of a pandemic.

For far too long paid sick days have been denied to low-wage women and racialized workers in order to support corporate profits and control, and the resulting outbreaks of COVID are symptoms of this deadly economy. Paid sick days are important for health and essential during a pandemic, and must be available to all workers regardless of wage rates, gender, racial background or status. If we can win paid sick days for all, it will not only help prevent a second wave of COVID-19 but will help build a resilient economy beyond the pandemic by reducing the longstanding equity gap. Ensuring that paid sick days are paid by employers not only tilts the balance from profits to wages but also reduces employer discipline and increases worker control over their health, which is a prerequisite to worker control over society.