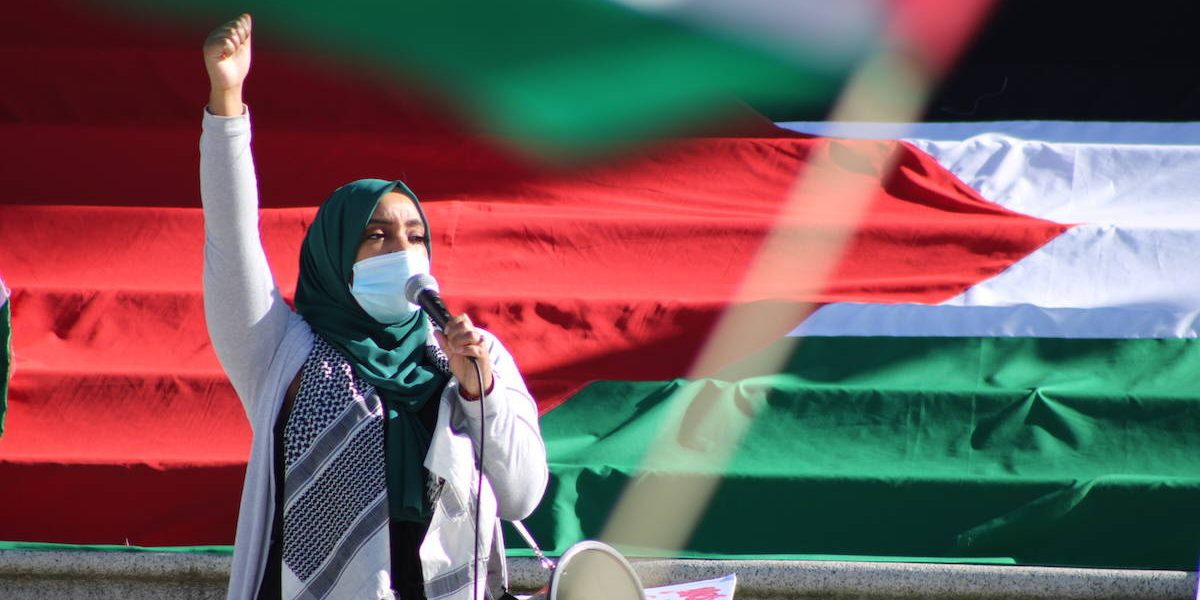 Thousands gathered last Saturday at Dundas Square to protest Israeli war crimes and call for an end to the Israeli occupation of Palestine. There were people there from all over Toronto, young and old, and the protestors were as diverse as our beautiful city.

As we can expect, when so many people gather in one place from such diverse backgrounds, an equally diverse array of political positions and priorities begin to emerge, and the political clarity of a mass gathering can begin to waiver.

The young Palestinian organizers of the event did a fantastic job in setting the tone for the event, reminding all those present that we are on stolen, Indigenous land, that the liberation of Palestine also means the liberation all marginalized communities, of Black, Indigenous, Trans and Queer communities from oppression, racism, and settler colonial capitalism.

However, as an anti-Zionist Jew of Turkish and Ashkenazi heritage, I couldn’t help but notice an alternative political discourse seeping in from the crowd, a discourse which is antithetical to the liberation of colonized people everywhere: state-centered nationalism. I happened to be located right behind a group of Turkish protesters, draped in Palestinian keffiyeh’s across their shoulders, wearing Turkish football jersey’s and waving large Turkish flags overhead.

In fact, only a year after the deadly Israeli bombardment of Gaza in 2014 nefariously dubbed “Operation Protective Edge,” the Turkish military was engaged in it’s own colonial bombardment of the Kurdish city of Amed (Diyarbakir in it’s Turkish colonial name), killing hundreds of civilians including women and children in an effort to suppress Kurdish demands for national sovereignty.

Turkey is not particularly unique in its history of dispossession and the colonial domination of indigenous ethnic minorities. We find similar histories of atrocities and ethnic cleansing campaigns across the Middle East and South Asia, in Iran, Syria, Sri Lanka, Bangladesh. These ethnic state-building campaigns require the suppression and attempted erasure of Indigenous and minority cultures, languages, and populations.

For those of us from the Middle East and Asia with complicated colonial histories, the growing momentum of international solidarity with occupied Palestine is an opportunity to take a cold, hard, critical look at our own colonial histories, to strengthen our commitment to solidarity with colonized people everywhere, even if it means indicting our own national mythologies.

The revolutionary liberation of Palestine necessitates the unambiguous collapse of all forces of oppression and domination. The liberation of Palestine will interrogate all structures of settler colonial violence, and demand an accounting. Not one stone of settler colonial nationalism will remain untouched, untested. From the River to the Sea, Palestine, the Occupied, will be Free.