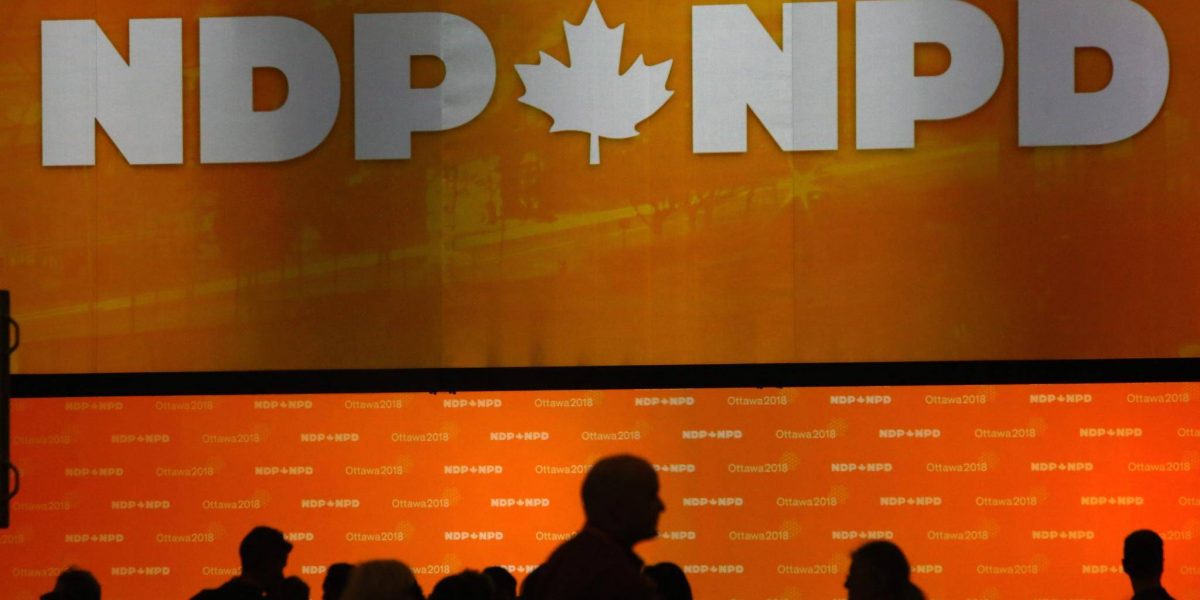 The NDP foreign affairs critic recently lauded a notorious anti-Palestinian former Liberal cabinet minister. Heather McPherson’s celebration of Irwin Cotler follows on the heels of her maintaining a more hawkish position on Ukraine than the head of the US military.

On Thursday McPherson tweeted about meeting Cotler. She wrote, “this afternoon, Professor Irwin Cotler and I spoke about how we can work together to protect humans rights in Canada and around the world. I am grateful to him for sharing his wisdom with me.”

Cotler is probably the most prominent anti-Palestinian activist in Canada. During Israel’s violence and ethnic cleansing in May of last year Cotler was the keynote speaker at an online rally in support of Israeli violence. He previously backed attacks that left nearly 4,000 Palestinians dead in Gaza in 2014 and 2009 as well as Israel’s war on Lebanon in 2006. Cotler has sought to pressure the International Criminal Court against investigating Israeli war crimes, supports moving Canada’s embassy to Jerusalem and attends fundraisers for the explicitly racist Jewish National Fund.

Over the past 18 months Cotler has been embroiled in a string of controversies. He had to withdraw from speaking at Ariel University, which sits on Palestinian land in the West Bank, and was widely criticized for retweeting a Toronto Sun article titled, “There is no Islamophobia in Canada” days after a Muslim family was killed in London, Ontario.

Cotler remains close with Alan Dershowitz, an important figure in the Jeffrey Epstein pedophilia/rape scandal, and he recently hired an individual found by McGill University to have fabricated claims of anti-Semitism to smear Palestine solidarity activists. At the start of the year 45 faculty members at the University of Toronto’s Temerty Faculty of Medicine sent a letter to the dean about a Cotler event that “reinforced anti-Palestinian racism” and in the spring the Ottawa School Board postponed a workshop Cotler was scheduled to deliver over his promotion of the International Holocaust Remembrance Alliance anti-Palestinian definition of anti-Semitism.

Cotler has worked with extremist MEK in Iran, far right putschists in Venezuela and mass murderer Paul Kagame of Rwanda. The former Liberal minister aggressively criticizes “enemy” states while largely ignoring rights violations committed by Canada and the US.

As NDP foreign affairs critic, McPherson may have had a good reason to meet Cotler (McPherson and NDP leader Jagmeet Singh met Cotler, Bill Browder and others two weeks ago as well.) But there was no reason to publicize it except to affirm your establishment bona fides. Cotler is a darling of Canada’s dominant media. A recent National Post front page headline noted “A tireless pursuer of justice, Irwin Cotler takes on the Putin regime” while an earlier Globe and Mail profile was titled “For Irwin Cotler, neither a pandemic nor retirement from politics can slow his fight for human rights”.

Two days before posting about Cotler’s “wisdom” on human rights McPherson promoted a bellicose interview on Russia. She tweeted, “Canada should not meet with Russia at the G20 until Russia leaves Ukraine”. In her interview with CTV, McPherson said, “[Russian foreign affairs minister Sergei] Lavrov shouldn’t even be there to be perfectly honest. I think it’s 100% appropriate not to be meeting with him right now. I think our government should meet with Lavrov when Russia is out of Ukraine. Full stop.”

McPherson’s ‘no negotiations until Russia leaves Ukraine position’ is more hawkish than even the Chairman of the Joint Chiefs of Staff. A week ago, the head of the US military, Mark Milley, suggested Ukraine should start negotiating with Russia.

McPherson has repeatedly taken bellicose positions that will prolong the NATO proxy war with Russia. In May she told the Hill Times she opposed negotiations to end the violence in Ukraine and in June challenged French president Emmanuel Macron’s call to “build an exit ramp through diplomatic means.”

Prior to Russia’s illegal invasion she promoted Canada’s low-level proxy war with Russia. In April 2021 McPherson told Ukrainian Canadian paper New Pathway, “the NDP would expand both the scope of Operation Unifier and number of CAF [Canadian armed forces] personnel within the program.” Through Operation Unifier Canadian forces trained 33,000 Ukrainian troops since 2015. It was Canada’s main initial contribution to the low-level proxy war that Russia massively expanded on February 24.

In the interview twenty months ago, McPherson also promoted Ukraine’s (provocative) adhesion to NATO. McPherson said “the NDP will continue to strongly support Ukraine’s bid to join the MAP [Membership Action Plan] program and we have and will continue to push the government to advocate for this with our NATO allies. That Prime Minister Trudeau and (Foreign Affairs) Minister (Marc) Garneau have been unwilling to explicitly state their support for Ukraine’s bid and their failure to adequately support the bid via advocacy efforts and multi-lateral diplomacy is very disturbing.” Operation Unifier was partly designed to make Ukrainian forces interoperable with NATO.

McPherson’s position on Ukraine and dalliance with Irwin Cotler highlight how little difference there is between the parties on foreign policy. Canada’s political and media elites all agree that we are a great moral force that should dictate to the rest of the world. And damn all evidence to the contrary.