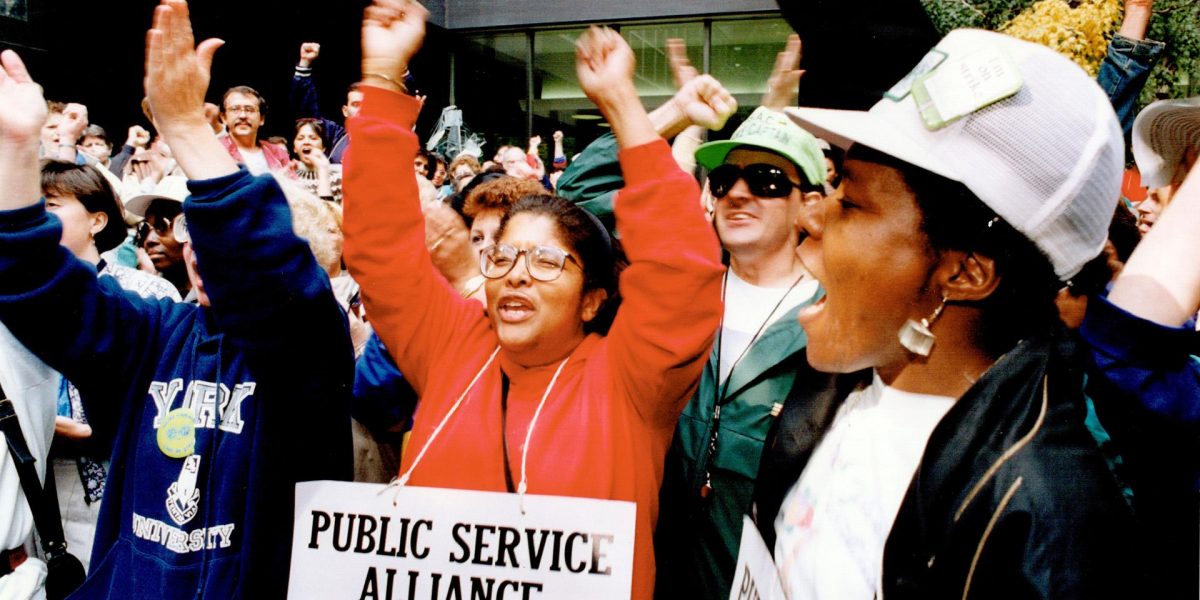 Socialists understand that the daily oppression and exploitation experienced by so many is not an aberration, it is the product of capitalism. Racism, inequality, war, and the climate crisis are not accidents; they are features of capitalism. We cannot have a better world under an economic system that puts the interest of profits before people.

What is far less clear is how socialists should go about building a better world. While understanding the ills of capitalism is important, knowledge by itself won’t change much. As Marx noted, “philosophers have hitherto only interpreted the world in various ways; the point is to change it.”

An approach that sees workers and the oppressed at the centre of remaking the world, means socialists need to find ways to encourage and build this self-activity. This means focusing on building rank and file power in workplaces and building mass social movements. This approach is about democratizing society and the process of social change. The working class, in the broadest definition, is key to the project of socialism not only because workers are strategically located to take on capitalism where profits are made, but because the working class can only rule through the extension of democracy and the abolition of class rule itself.

The approach of self-emancipation is far from easy. Working class consciousness is uneven and contradictory. The ideas of the ruling class are dominant. Socialists engage with this uneven spectrum of working class opinion by aiming to organize a section of the class to take action via campaigns, workplace actions and movements in order to win over wider layers. Revolutionary socialists aim to encourage and be part of broader based movements and infuse them with the best politics possible. It is through action that workers gain experience, confidence, and transform their ideas about what is possible and how society works.

As Trotsky succinctly put it, “the greater is the mass drawn into the movement, the higher its self-confidence rises, all the more self-confident will that mass movement be and all the more resolutely will it be capable of marching forward, however modest may be the initial slogans of struggle.”

This ‘militant minority’ or ‘rank and file’ strategy has a long and fruitful history on the left. Joe Burns sums up the approach as: “Organizers and activists know that normally there is a core of people who most want change in a workplace and a community. A good organizer pulls those folks together and engages the enemy, whether it be the boss or slumlord, and in doing so systematically pulls more and more people into the struggle.”

Baked into this perspective about change is a concept of leadership that cuts against capitalist notions of leadership. Under capitalism leadership is understood as command and control. Bosses tell workers what to do and they do it. Conception and execution of tasks are separated. This top-down style of leadership is unfortunately all too common on the left—including its flip side, “horizontal” forms of organizing that deny leadership that exists, leaving it unaccountable.

But in every struggle leadership will emerge, and the question is how it relates to the rest of the movement. For revolutionary socialists leadership is about being a companion in struggle, sharing in victories and defeats. It is about building the leadership of others, not about giving people marching orders or telling people what to think. It is helping to open pathways for others to engage in struggle, to deepen their ideas, and develop their leadership.

In this way leadership is about being actively engaged in class struggle. It means being invested in and responsible for the outcome of everything you are politically involved with. Leadership is about being accountable to and disciplined by collective political struggle. This sense of leadership helps cut against neoliberal tendencies to make politics about us as individuals. Building democratic political organization and infrastructure is a necessity if we are going to challenge the power of capital.

Being a militant where you are at

One of the unfortunate aspects of the discussions about organizing on the left is the very wooden and disempowering nature. Much of the discussion about “organizing for power” or a “rank and file strategy” takes a very abstract turn when discussing strategic targets or key industries.

This discussion posits that the left or socialists need to focus on organizing key sectors of the economy, such as logistics or energy workers. While abstractly this may be true, class struggle doesn’t unfold so neatly. Previous upsurges in class struggle in North America – 1930 and 1970s – didn’t necessarily begin with key sectors of the economy. They took a circuitous route, often through social movements or strikes in non-key sectors. As James Cannon, a socialist and labour radical involved in the 1934 Minneapolis truckers strike, noted:

“Our comrades in Minneapolis began their work first in the coal yards, and later extended their organizing campaign among the general drivers and helpers. That was not a preconceived plan worked out in the general staff of our movement. The drivers of Minneapolis were not by far the most decisive section of the American proletariat. We began our real activity in the labor movement in those places where the opportunity was open to us. It is not possible to select such occasions arbitrarily according to whim or preference. One must enter into the mass movement where a door is open.”

Discussions about strategy have to relate to the forces at hand. We must begin where we are, not where we ideally like to be. Fortunately, the militant minority approach is entirely accessible to all socialists wanting to engage in struggle.

If you are a union member, it starts with participating in the life of the union with an eye towards getting as many fellow members involved and active as possible. It means being a bridge between your union and other social movement struggles. If you are involved with a social movement, it means building meetings, showing up and doing the grunt work of postering, phone banking and canvassing. It also means sharing your socialist perspective about how we can win. Socialists must also apply this approach to their own organizations, helping to build and shape them.

Engels argued that class struggle takes place on three planes: the economic, the political and the ideological. While for Engels and Marx the economic front of struggle was key, it was also not everything. Social movements outside the workplace, fights over legislation and the general battle of ideas were important and very much interrelated. This approach was summed up in the old socialist slogan of ‘educate, agitate and organize’.

Having an approach of being a militant where you are at helps empower us and the people in our networks to be part of class struggle on all three planes – whether that is in our neighbourhood, in our workplace or on campus.

Socialists strive to lead with theoretically informed activity. Theory, which is really just condensed historical experience, is indispensable for socialists. A theoretical understanding of how capitalism operates helps guide our political strategy. But ultimately, socialists must be engaged in the practical application of those ideas in the concrete world.

That means breaking from the capitalist sense of consuming politics and instead moving towards the collective shaping of them. That requires us to become leaders and organizers – militants where we are at –  who can build the confidence and capacity of those in our own networks.

Socialism is not about subscribing to a set of beliefs about how the world ought to be. It is about applying those politics in the fight for a better world. It is about being a socialist organizer.