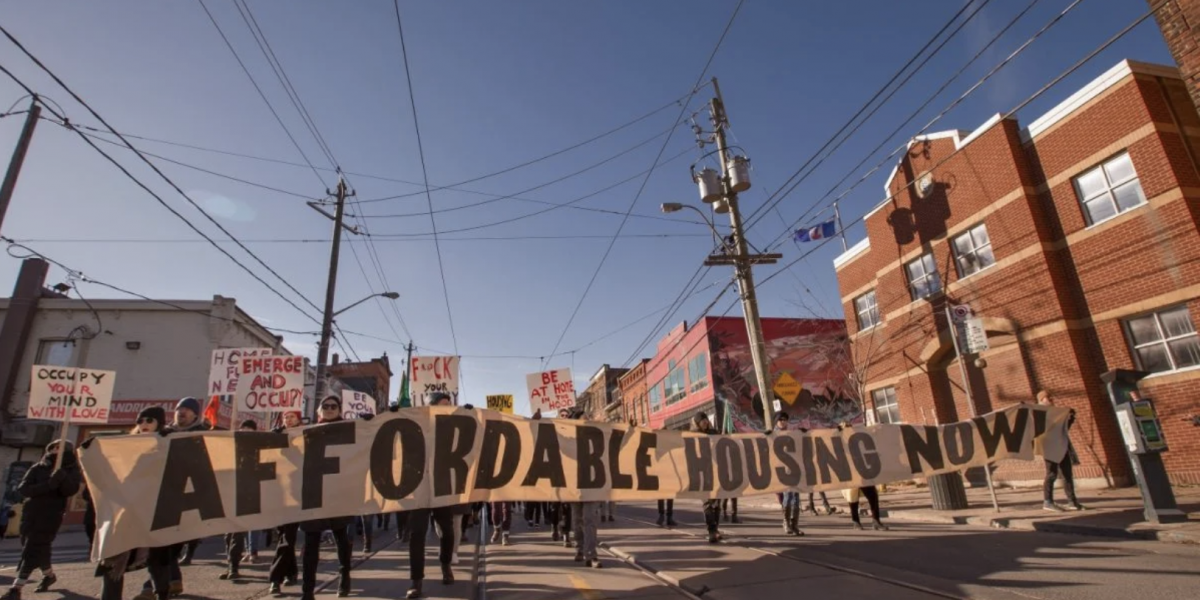 On October 1, Toronto City Councilors were finally supposed to vote on the planned initiative for regulated multiple-tenant affordable housing. But voting was once again called off, and won’t be brought up for a vote again until next year.

Deferring this decision means at least another half year of low-income tenants being forced out of unaffordable places and forced into illegal and untenable living conditions, while there is already an initiative to prevent this. This is the tip of the iceberg that keeps sinking our dreams for fair and affordable housing.

The Mayor and his councilors have already heard many deputations from those adversely affected by the criminalization of housing alternatives. Councilors have already consulted with fair housing policy advocates to legalize multi-tenant housing. Along with city planners they have already completed the research. They have already finalized the new framework and have proven the health and safety benefits to vulnerable groups in society, plus how it will relieve the housing crisis in general. But what the heck keeps stalling this train on its tracks?

The recipe seems to be: take one huge housing crisis, sprinkle in some plans to improve it, but don’t vote it in. Then, don’t encourage different community members to work together. Next, listen to the wealthy while criminalizing low-income groups and undermining the point of the recipe. Finally, stop short of voting in accessible improvements once again, stir in about 6 months worth of time, and wait and see what comes out. What a wasteful and toxic mess, which lets biased and negative energy take precedence over the positive plans for affordable housing.

City council’s voting process has again proven to be a non-process where decision deferrals have been repeated ad nauseum. It is beyond excruciating to have this initiative all prepared, and again delayed. It’s the proverbial ‘carrot dangled on a stick’ being constantly pulled out of reach. Repeated deferrals denote justice denied.

The new housing framework carefully regulates rentals for the safety and protection of everyone. But house owners are still not having it. It seems at least one councilor spoke too eloquently in support of a house owners’ petition against the rights of low-income renters to get rooming houses legalized, and asking us to move to some other town because “cheap renters would just ruin our property values”, etcetera. This petition was motivated by xenophobia and the “war on drugs,” which is code for the war on the poor. This includes violence against unhoused and precariously housed people, racialized immigrants, people on ODSP and OW, and low-income workers. None of these groups deserve to be labelled as the dreaded ‘dregs’ of society.

It’s horrendous that an affordable housing plan can be deferred because rich people sent a petition asking the government to forbid lower income people from living here. They have easy access to an arsenal of police protection created precisely to protect their properties. This arsenal includes lawsuits, discriminatory housing policies, and the predatory rental practices which are already in place. The house owners in Scarborough used this privilege to persuade political actors to NOT act; it’s as simple as that. Once again putting a rein on implementing fair change.

No justice, no peace

Councilors could have allowed the inequities exposed in this nightmare pandemic to open their eyes to this timely opportunity for government leaders to turn this ship around and lead with the positive action this city needs. This could have been time well spent in planning and in implementing the proposed affordable housing framework, and at the same time achieving equity and the peace that comes from treating others as deserving human beings.