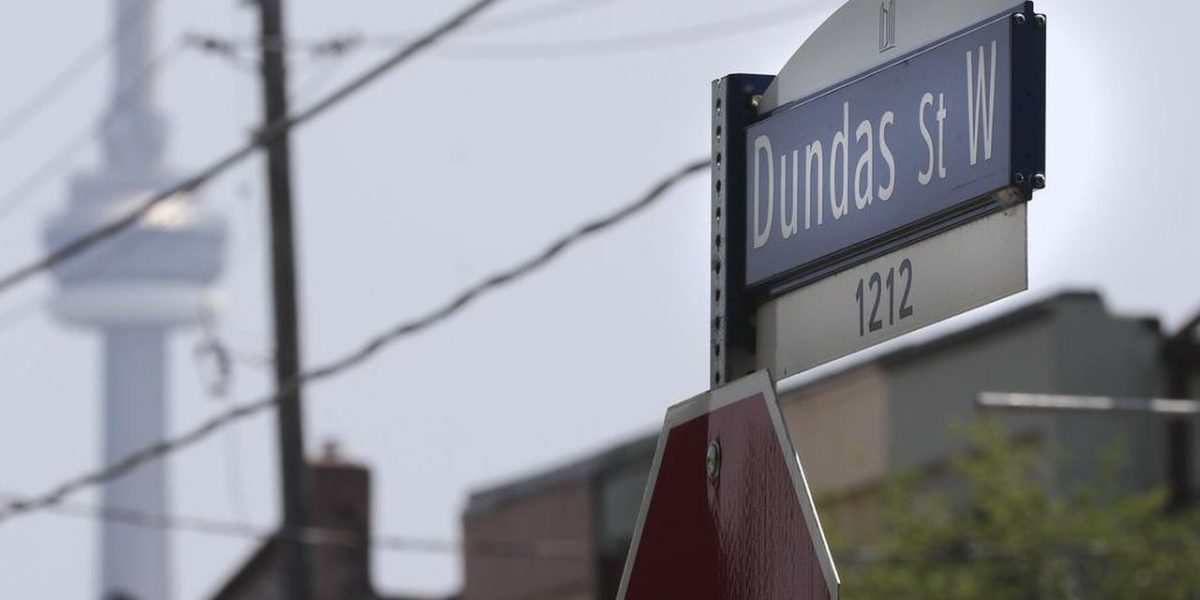 In response to a civic petition signed by thousands, Toronto city council this week is considering a staff report recommending the changing of Dundas Street and other civic assets with the Dundas name.

Removing Henry Dundas’ name is unambiguously a positive step and long overdue. Dundas’ views and actions are rightfully coming under scrutiny, and not only with the benefit of hindsight. He was an arch reactionary who opposed democratic reforms and helped extend the slave trade. He was a man who was despised in his own time.

The wave of Black Lives Matter protests last year and the recent discovery (or confirmation) of mass graves of Indigenous youths found in residential “schools” has provoked a necessary reevaluation of historical figures and events that dot our present landscape. Many of the streets, parks, statues, squares and towns in this country are named after white supremacists, colonizers and villainous reactionaries.

But the reality is that many of these odious figures who our towns and streets are named after were just as much villains then as they are now. Historical context is the context in which history is written and that is, and always will be, contested terrain. The fact that for so long figures such as Dundas, Amherst, Simcoe and Macdonald had their ghastly views and crimes airbrushed speaks to the pervasiveness and ongoing nature of white supremacy and colonialism.

Correcting the historical record to reflect experiences, views and collective struggles of workers, the oppressed and those fighting injustice is just as much about asserting the primacy of those struggles now as it is about providing a more realistic appraisal of events and figures of the past. When we scratch just beneath the sanitized history of these figures it is not too difficult to see that they were just as reviled and odious then as they are now.

Dundas’ views and actions are not just abhorrent by modern standards, they were challenged and opposed in his own time.

Henry Dundas was an influential Scottish politician who played a central role in opposing the end of the slave trade. As Home Secretary he used his considerable influence to repeatedly forestall efforts to abolish the slave trade. He outmanoeuvred the abolitionist William Wilberforce’s attempts to pass the immediate abolition of slavery. Dundas instead proposed a compromise solution of gradual abolition of the slave trade, over a number of years.

Dundas was keen to extend the slave trade to advance the British’s state’s economic and military interest in the West Indies as well as help his powerful allies in the slave trade and shipping industries. Between 1792, when Dundas delayed the first abolition bill, to the eventual abolition of slavery in 1807, some 630,000 African people were transported into British (and Canadian) chattel slavery. In 1793 the colony of Upper Canada honoured Dundas by naming a street after him, and for two centuries it has commemorated this proponent of slavery.

Dundas was not simply a delayer of abolition but also oversaw the purchasing of over 13,000 slaves, to serve in the West India Regiments. As Home Secretary and Secretary at War (following Yonge), Dundas was in charge of the British campaign to put down the slave uprising in Saint Domingue (now Haiti). The British state wanted to protect its financial interests in slavery in Jamaica, and feared the impact of Black liberation on its colonial empire. But the Haitian revolution defeated the British and they finally withdrew in 1798, though not before 40,000 British soldiers and countless thousands of Haitians were killed.

In Scotland, where Dundas was from, the abolition movement had strong roots. Moses Roper, Frederick Douglass and other prominent activists toured Scotland as part of the abolition circuit. While the Scottish ruling class supported slavery there was wide sympathy for abolition among labouring Scots, who formed numerous abolition societies throughout the country.

While Dundas and other elites were haunted by revolution, the masses were sympathetic. In Scotland, the French revolution’s democratic impulse struck a chord with the common people.  Dundas, who essentially ruled Scotland by controlling 36 out of 45 parliamentary seats, was seen as an authoritarian and corrupt figure referred to as ‘King Henry IX’.

In the wake of the meeting of the Estates General in May 1789, the first stirring of the French revolution, Henry Dundas urged the government to ban seditious pamphlets and meetings. But in early June the residents of Edinburgh marked the occasion of King George III’s birthday with three days of rioting that featured the burning of an effigy of ‘King Henry IX’. The authorities suppressed the protests, killing and wounding several people, but the protest spread throughout the towns and villages of Scotland. As did the burning of effigies of Henry Dundas.

As the French revolution spread and radicalized in the early 1790s, its appeal grew in the highly undemocratic Scotland, where only a small minority (large property-owning men) had the vote. Another large pro-democracy demonstration greeted George III’s birthday in Edinburgh in 1792. This protest was suppressed violently and turned into two days of rioting, where mobs had again burned a large effigy of Henry Dundas and attacked his mother’s house.

The pro-French revolutionary clubs that dotted Scotland were eventually organized into the Scottish Friends of the People that maintained regular contact with French revolutionaries as well as radicals from Ireland and England. Throughout 1792 the protests against the government and Henry Dundas escalated and spread. Dundas’ effigy was routinely burned and defiled in ever-increasingly creative ways: it was hanged on a gibbet in Scone, blown-up with gunpowder in Perth and put on trial and hanged in Crieff. Politicians who dared to defend Dundas and Pitt the Younger were threatened with the guillotine.

When the Tory government of Pitt the Younger and Dundas decided to wage war on revolutionary France in the wake of the execution of King Louis XVI, they used this as an excuse to violently crackdown on radicals at home. Dundas crushed dissent at home and extend the slave trade abroad. This won him many allies and friends amongst the British ruling class, who in turn honoured him by naming towns, cities, roads, squares and parks after hime. But even these favours and friends could not save him from his own naked corruption of pocketing naval funds, which ultimately led to his resignation.

Renaming our streets, towns and public spaces that bear his name are not about rewriting history, they are about coming to terms with it. Some like John Ralston Saul think that Dundas’s name should be changed because he doesn’t reflect Canada’s values. But the truth is, he does. And he is not the only one: as the city of Toronto report noted, “Staff are aware of approximately 60 other street names, primarily small local roads, which could require further examination, including at least 12 streets named after slave owners.” Dundas perfectly represents the white supremacy and colonial outlook upon which Canada was founded, and how the Canadian state acts to this day.

But there is another side to Dundas’ legacy, and that is he was hated in his own time. He was widely seen by the people of Scotland as corrupt, pro-slavery and anti-democratic. Ditching Dundas is less about rewriting the historical record and more about rediscovering it. It is about centering Indigenous peoples resisting colonialism, enslaved Africans fighting for abolition, Haitian and French revolutionaries fighting for a better world, and Scottish weavers and farmers fighting for democracy.

Perhaps, if we really want to honour the historical record we should place a statue of Dundas being burned in effigy by the Scottish masses at the former Yonge-Dundas square.