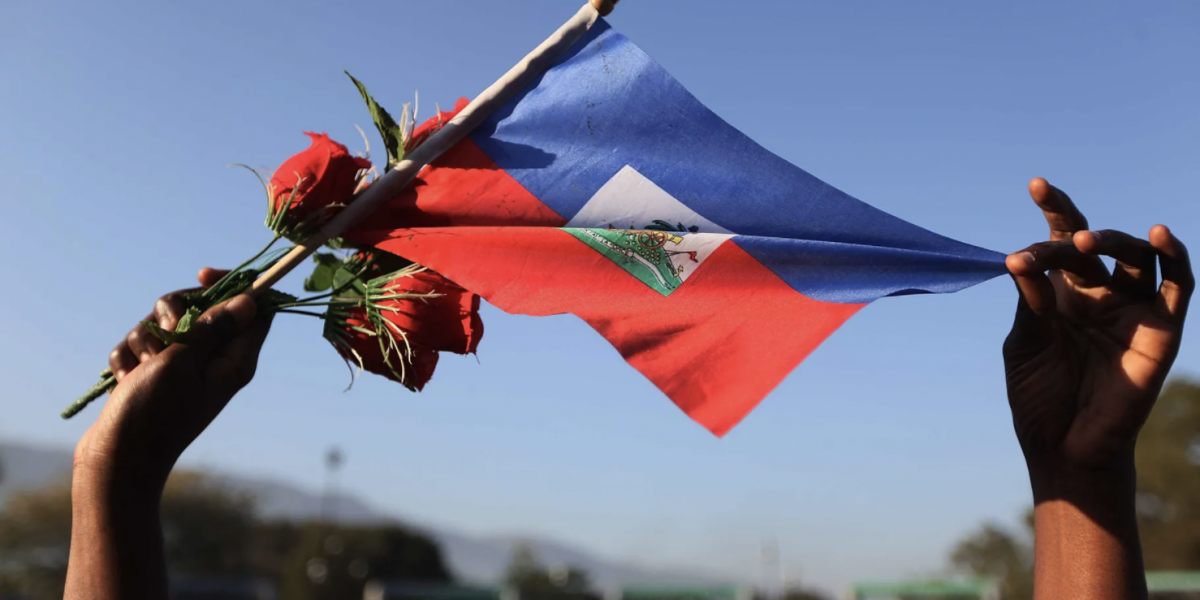 In the vast history of imperialist exploitation, few episodes match the depravity of Haiti’s debt of independence. Military blackmail of a small country by a superpower, prioritizing “property rights” over human rights, racial capitalism, a sellout by “light skinned” local bourgeoisie and the way our past haunts the present are all part of the story.

From the chains of slavery to the shackles of debt

After winning their liberation from slavery and colonial rule in a war that killed half the population, Haitians were forced to pay their former masters an astronomical sum for their freedom. In a remarkable act of imperial humiliation, two decades after independence Haiti began paying France a huge indemnity for “lost property”. After years of pressure, 12 French warships with 500 cannons were dispatched to Haiti’s coast in 1825. Under threat of invasion and the restoration of slavery, Francophile Haitian president Jean-Pierre Boyer agreed to pay French slaveholders 150 million francs for lost land and now free Haitians. Paris also demanded preferential commercial agreements and French banks loaned Haiti the money at remarkably high interest rates.

In 1825 the debt of independence represented about 300% of the country’s GDP. While the principal was later reduced, the interest Haiti paid was exorbitant. To pay the first installment of the indemnity Haiti took out an onerous loan from French banks. To find the money to pay France, President Boyer implemented the 1826 rural code, the foundation for “legal apartheid” between urban and rural people. The impact on the countryside was to restrict movement, ban socializing after midnight and limit small-scale commerce—all in the name of increasing export crops to generate cash to pay France. The peasantry paid money to the state, receiving little in return. As part of securing debt payments, French bankers set up the Banque Nationale de la Republique d’Haiti in 1880. Effectively the country’s treasury, tax revenue was deposited there and it printed Haiti’s money. It took Haiti 122 years to pay the debt. In 1898 half of government expenditures went to paying France and French banks while that sum reached 80% in 1914. (The debt was bought by US banks during the 1915-34 occupation and the final payments made to them.)

The agreement Haiti made with France had many deleterious impacts. The 50 percent reduction in duties on French goods undercut Haitian industry. To make the first payment of 30 million francs to compensate French slave owners the government shuttered every school in the country. It has been labeled the first ever “structural adjustment program” (later repeated by the World Bank and International Monetary Fund to enforce neoliberal policies around the world) and contributed to the Haitian government’s long-standing under-investment in education. Paying French slave owners had another damaging effect: a central motivation in agreeing to the debt was to solidify Haiti’s standing as an internationally recognized independent nation, but instead it began a vicious cycle of debt peonage that undercut Haitian sovereignty.

Right from the beginning most Haitians opposed paying the debt. Only a small elite desperate for international recognition and trade agreed to it. In response to an earlier French push for reparations, leader of Haiti’s north, Henri Christophe said: “Is it possible that they wish to be recompensed for the loss of our persons? Is it conceivable that Haitians who have escaped torture and massacre at the hands of these men, Haitians who have conquered their own country by the force of their arms and at the cost of their blood, these same free Haitians should now purchase their property and persons once again with money paid to their former oppressors?” For Christophe, and most Haitians, the answer was clear. But the son of a French tailor, Boyer was willing to sell out the revolution and vast majority of Haitians to improve his and the merchant class’ immediate standing.

Unfortunately, the light skinned elite who succumbed to France’s demands two centuries ago largely continue to rule Haiti. The same racial, class and ideological dynamics that led Haitian officials to compensate Paris for defeating slavery and colonialism remain in place today—propped up by todays’ imperial powers, including Canada.

Growing consciousness of the debt of independence is largely due to the Jean-Bertrand Aristide government’s push for restitution. In the lead-up to Haiti’s 200-year anniversary, the Haitian government instigated a commission to estimate the cost of the ransom, which they put at $21 billion. The Aristide government called for its restitution and instigated legal proceedings to force Paris to pay. The demand was part of why France (along with Canada and the USA) helped overthrow Aristide in 2004 and the coup government dropped the issue.

In another move that garnered significant attention to the debt, a group of mostly Canadian activists published a fake announcement indicating that France would repay the debt. Tied to France’s Bastille Day and the devastating 2010 earthquake, the stunt forced Paris to deny it. Calling themselves the Committee for the Reimbursement of the Indemnity Money Extorted from Haiti (CRIME), they subsequently launched a public letter signed by many prominent individuals.

This oppressive debt Haiti paid to secure its independence is finally becoming part of the mainstream narrative about that country’s impoverishment. In a startling example of the media recognizing the debt of independence, a 200-word Journal de Montréal introduction to Haiti’s vulnerability to earthquakes noted: “Earthquakes as devastating as that of Saturday in Haiti have already occurred in 2010, 1887, 1842, 1770 and 1751…  This poverty is due in large part to the exorbitant debt Haiti had to pay France for its independence. Converted into today’s money, the debt is equivalent to $30 billion Canadian.” In recent weeks CNN, Reuters, the New York Times, CBC and others have all referenced the debt of independence. More in-depth reports have also appeared in the Miami Herald (“France pulled off one of the greatest heists ever. It left Haiti perpetually impoverished”), France 24 (“France must return the billions extorted from Haiti”) and ABC News (“How colonial-era debt helped shape Haiti’s poverty and political unrest”).

Rather than supporting dictatorship in Haiti—and perpetuating the two centuries of collective punishment on Haitians for their revolution against slavery—the Canadian government should apologize overthrowing Haitian democracy in 2004. Rather than wasting $77 billion to new fighter jets for new imperial wars, the Canadian government should invest in reparations for Haiti so its people can finally be free.