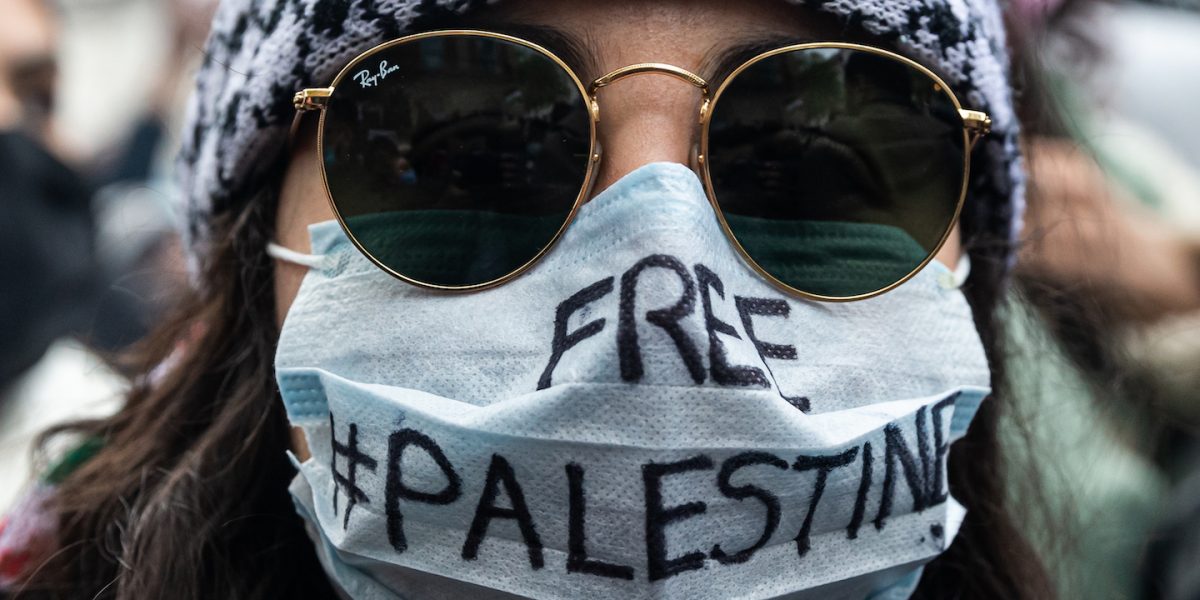 The so-called peace process lies in rubble while Israel bombs Gaza, yet again. Endless negotiations between the Palestine Liberation Organization and Israel have not ended the occupation. Statehood seems beyond reach, and settlements carve out what little remains of historic Palestine. The right of return for five million Palestinian refugees seems distant. Edward Said’s prophesy about Oslo in 1993 has turned into reality: Settlements expand while poverty and unemployment inform life under occupation.

The eviction of Palestinians from Sheik Jarrah arises from a decades-long policy of settler-colonialism. “The ‘eviction orders’ are just another misnomer,” writes Moe Alqasem, an organizer with the Palestinian Youth Movement in Toronto.

As Alqasem notes, “Israeli settlers and authorities have been trying to remove these Palestinian families from their homes forcefully using harassment, fines, confiscation of property, intimidation, violence, and in other cases assassinations, demolitions and imprisonment.”

Alqasem and other voices in the liberation movement dismiss the facade of dialogue and reconciliation. Any good-faith discussion about peace must address the occupation, a system that fragments Palestinians into isolated communities designed to wipe out national identity.

As Palestinians resist inside their homeland and in exile, we must demand that Canada move beyond doublespeak. At Wednesday’s parliamentary session, Prime Minister Trudeau said that he accepts Israel’s right to “assure its own security.” Trudeau went onto condemn Israeli violence at the Al-Aqsa Mosque, feigning concern about settlements and evictions. Meanwhile, Canada sends $13.7 million in military goods and technology to Israel.

When politicians and the media use words like “conflict” and “clashes” they hide ethnic cleansing and erase the experiences of a besieged people. We are told there are two equal sides to this story, that the occupation is defensible and that walls are a tragic necessity. They say we are ill-equipped to understand the complexities of the problem. Of course, the defenders of South African apartheid said the same thing.

In 1948, apartheid in South Africa came to power just like it did in Israel. Canadian officials made strong statements against apartheid but gave the white South African state unconditional economic support and diplomatic cover.

Canada repeatedly voted against or abstained from United Nations resolutions condemning the white South African state’s racism–just as Canada has consistently voted against Palestinian human rights at the United Nations General Assembly (UNGA). Canada refused to sign the 1973 UN Convention on the Suppression and Punishment of the Crime of Apartheid.

Those fighting against South Africa’s apartheid were called terrorists, a familiar story for anyone that supports Palestinian national liberation. Prime Minister Mulroney confronted Oliver Tambo, the African National Congress President, with a newspaper advertisement that labelled the ANC a violent (and communist) organization.

Regular people like you and me, the working class and the oppressed, stood on the right side of history. Grassroots activists, after all, were the ones who organized the Free Mandela campaign, not the politicians that attempt to sanitize and claim Mandela’s legacy today.

And workers the world over stand with Gaza today. A few weeks after the 2009 assault on Gaza, workers from the South African Transport and Allied Workers Union refused to offload an Israeli ship in Durban. The Coalition of South African Trade Unions (COSATU), were amongst the first to adopt the historic Boycotts, Divestments, and Sanctions (BDS) call from over 150 civil society organizations in Palestine.

This weekend we prepare to hit the streets to protest the massacres in Gaza, just as generations before protested the Sharpeville massacre. But remember: it’s easy for the powerful to carve out a spot on the right side of history. But, we are the ones who take a stand amid struggle. We change history.